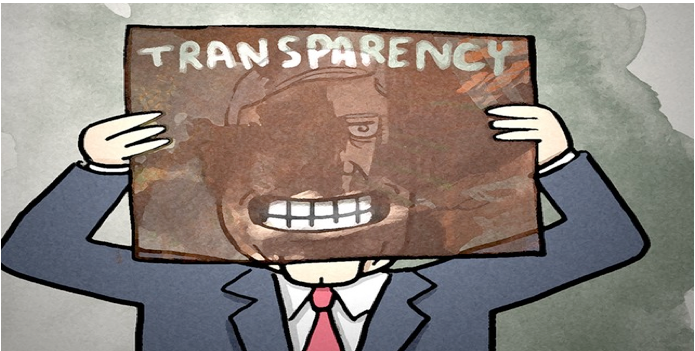 LA WATCHDOG--Of the 24 ballot measures* on our November ballot, the least controversial is Proposition 54, the California Transparency Act, unless, of course, you are a Sacramento insider who likes the cover of the dead of night.

This initiated Constitutional amendment will prohibit the State Legislature from “passing any bill unless it has been in print and published on the internet for at least 72 hours before the vote, except in the case of public emergency.”

This straight forward, easy to understand provision would eliminate the “gut and amend” maneuver where “legislative leaders hollow out innocuous bills and insert new language on unrelated but often controversial issues, then ram the bills through in the final hours of a legislative session.”

If approved by a majority of the voters, we will have a more transparent legislature as the media and the voters will have the opportunity to review, analyze, and comment on any last minute changes made by the politicians and their cronies.  This contrasts with the past practice where numerous state budgets and spending bills were ram rodded through the Legislature at the last minute, benefitting special interests and often times much to our detriment.

Proposition 54 also requires the Legislature to make audiovisual recordings of its public meetings in their entirety and post them on the internet within 24 hours. These recordings must be available to the public through the internet for at least 20 years.

We will also have the right to record by audio or video any public meeting which recordings may be posted on the internet and used for any “legitimate” purpose without having to pay any fees.

Wouldn’t it be fun to catch a legislator catching a few zzzz’s or playing internet games while the Assembly or Senate was in session!

The opponents have claimed that this Constitutional amendment will result in “unnecessary and costly delays” that will cost “millions of dollars – funds that could be used to improve education, lower tuition costs, or help create jobs.”  But the Legislative Analyst and Director of Finance estimate the initial cost to be $2 million and the annual cost to be about $1 million, not even budget dust compared to the State’s annual budget that is rapidly approaching $200 billion.

The opponents of the California Legislature Transparency Act will also take shots at its backer, Charles T. Munger, Jr., claiming that this son of a philanthropic billionaire has his own political agenda.  To the contrary, Munger’s stated goal is “to take power from narrow factions and return it to ordinary Californians.”

This initiative has broad bipartisan support which is already having an impact as the Legislature is on good behavior knowing that any last minute “gut and amend” shenanigans will be used to promote Proposition 54.

Whether you are a Democrat or a Republican, or a Libertarian or a Green, this common sense initiative is a no brainer.

The following is the ballot language:

Prohibits Legislature from passing any bill unless it has been in print and published on the Internet for at least 72 hours before the vote, except in cases of public emergency. Requires the Legislature to make audiovisual recordings of all its proceedings, except closed session proceedings, and post them on the Internet. Authorizes any person to record legislative proceedings by audio or video means, except closed session proceedings. Allows recordings of legislative proceedings to be used for any legitimate purpose, without payment of any fee to the State.