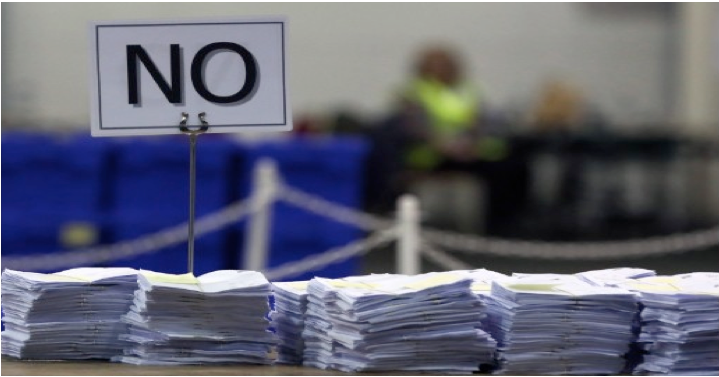 LA WATCHDOG--“Need now means wanting someone else's money.  Greed means wanting to keep your own.  Compassion is when a politician arranges the transfer.”

Once again it is silly season in Los Angeles as our Enlightened Elite will be blowing smoke in our face, urging us to approve the proposed offering of up to $1.2 billion bonds over the next ten years.  These funds, along with billions from real estate developers and other governmental entities, will finance the construction of an estimated 10,000 units of supportive housing for LA’s homeless population.

But this well intentioned measure that will be on the November ballot does not deserve our support.

For openers, the City does not have the necessary management expertise, organizational capabilities, or experienced personnel to manage such a complex program.  This is because social services are the responsibility of the County which has dropped the ball in caring for the homeless population that numbers around 45,000 persons (less than 0.5% of the County’s population).

Furthermore, the City does not have a well thought out plan to implement this ambitious multi-billion dollar endeavor.  How does the City propose to work with real estate developers and other government entities to raise billions needed to complete the build out of 10,000 housing units?  How does the City intend to work with County and the State, each of whom have their own ideas about how to address the homeless issue?  How does the City propose to pay for the necessary services that the homeless require since the City is prohibited by law from financing these day to day expenses with bond money? And how will the City develop a team of qualified individuals to implement this program in an efficient manner?

There is also inadequate oversight of this multi-billion dollar build out that involves numerous real estate developers, many of whom already have close relationships with our elected officials.  The City is proposing to establish by ordinance a Citizens Oversight Committee where its seven members will be appointed by the Mayor and City Council.  But will this Committee be independent of the Mayor and the City Council?  And will it have the necessary expertise, resources, and authority to monitor and control the effectiveness of this program?

In developing this $1.2 billion bond measure, the City Council failed to solicit input from the Neighborhood Councils and the public, unlike the process involving the reform of Department of Water and Power that will be on the November ballot and DWP’s $1 billion rate increase.  Rather, it is a top down process, where the all-knowing City Hall apparatchiks dictate policy to the City’s proletariats.

The City proposes to service the $1.2 billion of bonds by imposing a new tax on our property.  But this tax, which starts off at $6 million a year and peaks at $100 million in 2028, is not necessary because the debt service (principal and interest) may be financed by a small percentage of the projected increase in the City’s General Fund revenues.

Over the next 30 years, the average annual debt service is $60 million and equals 3.5% of the increase in the City’s tax revenues.

This leads to the question that if the Mayor and City Council believe that the homeless issue is so important, why not make it a budget priority?  This contrasts with the City authorizing a $200 million giveaway for the Grand Avenue Hotel or approving a $125 million a year wage and benefit increase for the City’s civilian unions.

The City has also refused to address its Structural Deficit, its annual budget, and its finances.  The Mayor and City Council have ignored the recommendations of the LA 2020 Commission to establish an Office of Transparency and Accountability to oversee the City’s finances, to develop a multiyear budget, and to form a Commission on Retirement Security to review the City’s seriously underfunded pension plans.  It has also not developed a plan to repair and maintain our lunar cratered streets or to benchmark the efficiency of the City’s operations.

Simply stated, Mayor Garcetti and the Herb Wesson led City Council do not want our City to Live Within Its Means.

The proposed $1.2 billion bond proposal is just another attempt by our Elected Elite to throw money at a problem based on the premise that we, the voters, should trust them to spend our hard earned dough efficiently.

But with no organization and management, no plan, no oversight, no outreach, no respect for our wallets, and no budget reform, the measure to authorize $1.2 billion in bonds to fund the City’s homeless initiative deserves a NO vote in November.

The following is the proposed ballot language.

To provide safe, clean affordable housing for the homeless and for those in danger of becoming homeless, such as battered women and their children, veterans, seniors, foster youth, and the disabled; and provide facilities to increase access to mental health care, drug and alcohol treatment, and other services; shall the City of Los Angeles issue $1,200,000,000 in general obligation bonds, with citizen oversight and annual financial audits?