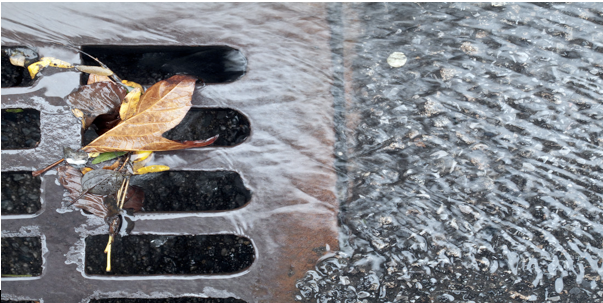 The current Board of Supervisors of the County of Los Angeles is considering developing its own Stormwater Plan to capture rainwater, stormwater, and urban runoff in effort to curb pollution in the Santa Monica Bay and to develop new sources of water to recharge our groundwater supplies.

The Supervisors also requested that Public Works report back within 90 days on the “most appropriate funding mechanism to implement the Drought Resiliency Work Plan.”

This financing plan, if approved, would be submitted to the County’s voters, but only after the November of 2016 general election where we will be asked to approve another half cent increase in our sales tax to 9½%, one of the highest rates in the country. This $120 billion increase over the next 40 years would be part of Metro’s $300 billion plan over the next 40 years to subsidize its far flung operations.

This new Stormwater Plan is the successor to the 2013 effort to place the “Clean Water, Clean Beaches Measure” on the ballot.  This plan would have raised $300 million a year through a convoluted parcel tax.  But this scheme never made it to the voters, in part because many governmental agencies, including the Los Angeles Unified School District that would have been hit up for almost $5 million, were hollering and screaming about the impact this parcel tax would have on their budgets.  A delicious irony and welcome, LAUSD, to our club of overwhelmed taxpayers who are drowning in fees, not stormwater.

In 2013, while the County was unwilling to give us any official information on the price tag of its Stormwater Plan, several insiders were not uncomfortable with a $40 billion estimate over the next 20 years, or an average of $2 billion a year.

If the County’s Drought Resiliency Work Plan is to be financed on a pay-as-you-go basis without relying on any debt or interest payments, the cost of $2 billion a year would increase our real estate taxes by whooping 16%.  Alternatively, our sales tax would increase to 10.3%, or if the Metro sales tax is approved by two thirds of the voters, to a staggering 10.8%.

At the same time that County is developing a new Stormwater Plan and considering new tax schemes, the City of Los Angeles is developing its own One Water LA 2040 Plan.  This involves not only City Hall, but the Bureau of Sanitation and the Department of Water and Power, the City’s two cash cows that have sources of revenue separate and distinct from our cash strapped City’s General Fund budget.

For example, DWP has developed a Stormwater Capture Master Plan and is in the midst of updating its Urban Water Management Plan, both comprehensive efforts to develop alternative sources of water.

Before the County and the City proceed with the Drought Resiliency Work Plan and the One Water LA 2040 Plan, they need to develop an integrated plan for the entire County as rainwater, stormwater, and urban runoff do not recognize artificial boundaries drawn by our politicians.

Importantly, these two power hungry governmental bodies need to develop an organizational structure with clear lines of authority and responsibility and competent leadership.  But this might be very difficult as our Elected Elite at both the City and County have been known to meddle because each one believes he or she is the smartest person in the room.

Put another way, we do not need another DWP where there are too many cooks in the kitchen.

Furthermore, voters will demand that there are comprehensive operating and financial plans as they are not willing to approve blank check tax increases.  They will also demand independent oversight of any stormwater plan as voters do not trust our Elected Elite with our hard earned cash.