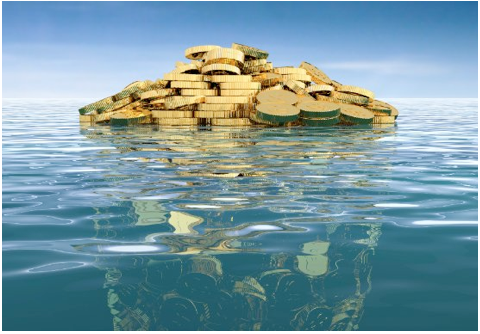 LA WATCHDOG--While the Ratepayers Advocate opined that the five year, 25% increase in our power rates proposed by our Department of Water and Power is “just and reasonable,” the accompanying $160 million increase in our utility taxes that flow to City Hall is not just and reasonable.  Rather, it is continuation of a pattern where Mayor Eric Garcetti, City Council President Herb Wesson, and the rest of City Council treat Ratepayers as an ATM to finance their pet projects and to pay for the $125 million a year in higher labor costs as a result of the new union contract for the City’s civilian employees.

This year, the City expects to soak the Ratepayers for $641 million, consisting of $368 million from the Electric Users’ Tax and $273 million from 8% Transfer Fee/Tax, the less than transparent tax that is not disclosed on our bimonthly DWP bills. Overall, these two taxes equal an outrageous 20% of Power System revenues.

Over the next five years, these two taxes will balloon to over $800 million, representing the largest single source of cash for the City.  This does not include the cost to Ratepayers of the IBEW Labor Premium; the impact of overly restrictive, union imposed work rules; inefficient operations; or City Hall’s pet projects.

In an Op-Ed article in Monday’s Los Angeles Times, It’s Time to Give the DWP a Reboot, Mickey Kantor and Austin Beutner, the co-chairs of the LA 2020 Commission, recommended capping these taxes at their current level.  This would help offset the over $1.2 billion increase in our water and power rates over the next five years, the largest in DWP history. At the same time, this cap would allow the City to phase out the 8% Transfer Fee/Tax that is the subject of a viable class action lawsuit that alleges that this tax is illegal as a result of the passage of Proposition 26 in 2010.

But this $1.2 billion rate hike and the $160 million in increased utility taxes is just the beginning of the City’s multiyear assault on the wallets of hard working Angelenos.

The County is expected to place on the November ballot a new half- cent increase in our sales tax to fund transportation projects, which, if approved by two-thirds of the voters, will cost the residents of the City of Los Angeles an estimated $250 million a year.

The County is also considering a $100 million parcel tax to fund its parks.  Our share would be $40 million a year.

The City has been making noise about a new tax to fund its 10 year, $1.85 billion plan to help the homeless, implying an annual cost of $185 million.

In 2014, the City was seriously considering placing on the November 2014 ballot a $250 million a year tax to fund the repair and maintenance of our streets and sidewalks. But this 15 year tax was yanked at the last minute when it was determined that Street Services did not have the management and organizational infrastructure to execute this ambitious $4.5 billion project.  But this tax proposal will no doubt resurface.

The County is also dusting off its plans to raise funds for its 20 year, $20 billion of projects to capture and treat storm water.  Our share of this Rain Tax* would be in the range of $400 million a year.

Overall, City Hall and the County are considering tax increases, including the DWP tax hike, of almost $1.3 billion over the next two or three years.  This does not include any new state taxes such as the cost of the $9 billion School Construction Bond or any extension of Governor Brown’s temporary taxes under Proposition 30.

To put this $1.3 billion increase in our taxes in perspective, it is the equivalent of a more that 25% bump in our real estate taxes or a more than 2.5% hike in our sales tax.

At the same time, the arrogant occupiers of City Hall are refusing to place on the ballot for our consideration a charter amendment that would require our cash strapped City to “Live Within Its Means.”**

On Wednesday, Felipe Fuentes and his Energy and Environment Committee will be determining the fate of the DWP’s proposed rate increases. On Friday, Herb Wesson and his Rules Committee will be considering a ballot measure to reform and restructure our Department of Water and Power which will involve voter approval of a new Transfer Tax.

As a first step, these two committees need to place a cap on the taxes paid by the Ratepayers to City Hall.  Otherwise, they can kiss goodbye any chance that the voters will approve any additional taxes.

* The Rain Tax is named as a result of the following comment by Santa Clarita Councilmember TimBen Boydston to the Board of Supervisors in January of 2103 when they were considering a $300 million “Clean Beaches, Clean Water” parcel tax, “God gave us rain and you figured out how to tax it.”

** A “Live Within Its Means” charter amendment will require the City to develop and adhere to a Five Year Financial Plan, pass two year balanced budgets based on Generally Accepted Accounting Principles, and over the next twenty years, fully fund its two pension plans and to repair and maintain our streets, sidewalks, and the rest of our failing infrastructure. The City will also be required to create a fully funded Office of Transparency and Accountability to oversee the finances and operations of the City, a recommendation of the LA 2020 Commission.

(Jack Humphreville writes LA Watchdog for CityWatch. He is the President of the DWP Advocacy Committee and a member of the Greater Wilshire Neighborhood Council.  Humphreville is the publisher of the Recycler Classifieds -- www.recycler.com. He can be reached at:  lajack@gmail.com)

Jesus was a Person of Color, and He was Killed by the Police. Does That Matter?

'We Can, and Must, Fight': Death of RBG Calls for Supreme Court Reform