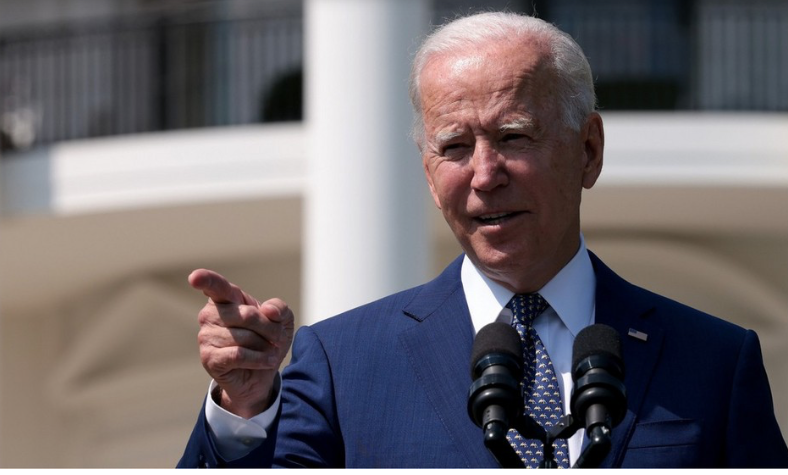 But the concentration of corporate power can no longer be dismissed, for it's all too real. It wreaks real havoc on entire economic sectors, workaday families, communities and our nation's essential uniting value of fairness. Pontificators of the status quo can coo all the free-enterprise platitudes they want, but a rising grassroots majority (including supposedly conservative farmers and ranchers) is experiencing corporate repression firsthand. Those families are doing their own kitchen-table tabulations and realizing that the game has been deliberately rigged against them. A mad-as-hell moment is percolating at the grassroots..

Biden at least recognizes this, seems to feel people's pain and anger, and (unlike other recent Democratic presidents) has put it on his national agenda: "Capitalism without competition isn't capitalism," he recently said, "it's exploitation." All right, then: You go, Joe!

But he hasn't. Yes, he's made some good reform proposals, appointed a couple of top-notch antitrust regulators, issued a few useful procedural changes, held some closed-door White House meetings on the topic, and been willing to call out a few of the worst gougers and profiteers. That's good. But wholly inadequate. It's all inside-the-Beltway stuff, and even though Biden has been a consummate, 48-year inside player who promised that his collegial skills would let him "get things done," the people being run over just see more political talk without action. Supermarket beef prices still rise, cattle prices fall, meatpacker power and profits soar, and grassroots people keep getting bulled. In fairness, Biden has a heavy load: sour old Sen. Mitch McConnell, the Manchin-Sinema blob, the monopoly lobby, milquetoast Democrats, a clueless media corps, etc. But don't whine; get out of Washington!

Breaking the stranglehold that monopolistic corporations have on our economy and our people is not a job for the politically meek. The establishment's standard responses of loud denunciation, investigative task forces and regulatory proposals don't do anything but stall actual change. Rather, asserting democracy over plutocracy is a momentous, brawling struggle for fundamental structural repair, requiring gutsy leaders willing to go right at the bastards with unconventional outsider strategies. The key to winning is not by schmoozing McConnell and Manchin, but by going into the countryside and rallying the majority of people fed up with corporate arrogance and abuse. So, Joe...

In short, stop telling people you're on their side and start showing them that you are. As historian Meg Jacobs recently put it: "Inflation is largely the result of choices that businesses make. And history shows that presidents have the power to stem inflation by taking on corporate power—if they choose.

(Jim Hightower is a national radio commentator, writer, public speaker, and author of the books "Swim Against The Current: Even A Dead Fish Can Go With The Flow" (2008) and "There's Nothing in the Middle of the Road But Yellow Stripes and Dead Armadillos: A Work of Political Subversion" (1998). Hightower has spent three decades battling the Powers That Be on behalf of the Powers That Ought To Be - consumers, working families, environmentalists, small businesses, and just-plain-folks. This story was syndicated by Common Dreams.)