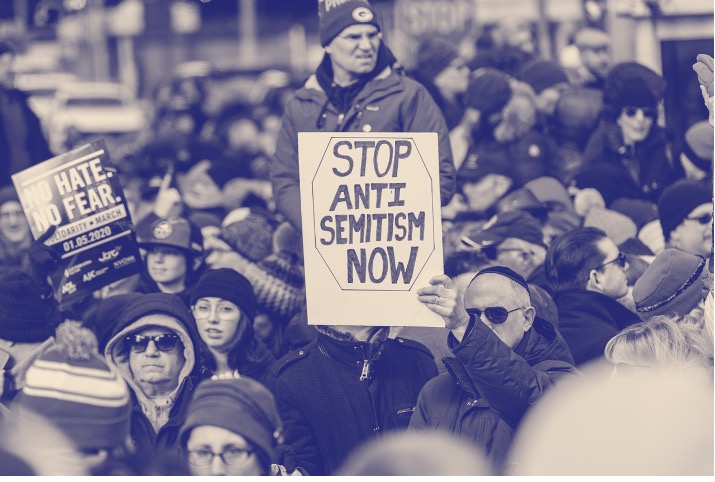 MIRISCH’S MUSINGS - Erwin Chemerinsky is without question one of our country’s top legal scholars. I have admired him for over 40 years.

Let me explain: in high school, I attended a summer debate program at Northwestern. Among the instructors who made a lasting impression on me were David Zarefsky, Don Dripps, Gil Skillman, Trish Lindner, Richard Sodikow, Kathy Kellerman, and, yes, Erwin Chemerinsky.

I particularly remember a lecture he gave with the title “The Process is Timeless.”

No, the lecture wasn’t about antisemitism, though it could have been. There isn’t a lot that is more timeless than Jew-hatred, aka antisemitism, the world’s oldest extant form of racism.

Recently, in response to BDS efforts at Berkeley, where Professor Chemerinsky is dean of the law school, he wrote an op-ed condemning Jew-hatred, but suggesting antisemitism isn’t really a big problem at Berkeley.

He writes: “There is a false narrative that often underlies stories about college campuses, including Berkeley’s, that there is significant antisemitism and that they are not hospitable for Jews. That is nonsense.”

While I understand the urge to defend his community, I have to take nuanced issue with a number of points in Professor Chemerinsky’ op-ed, as well as the rosy picture being painted about Jewish levels of comfort at Berkeley and elsewhere around the world.  Just to be clear: I have no reason to believe that antisemitism within academia is worse at Berkeley than elsewhere.  However, the widespread calls to single out and delegitimize Israel with BDS at Berkeley and elsewhere have the potential to make many Jews feel unwelcome on their own campuses.

From my perspective, it is problematic when Professor Chemerinsky takes the calls to adopt BDS policies as simply a criticism of the Israeli government, a political discussion that might be compared with discussions of any number of issues.

What I think Professor Chemerinsky misses is that BDS isn’t about criticism of the Israeli government’s policies, but about a form of attempted erasure of Jewish identity. Unlike, say, a discussion of energy policy, BDS aims to delegitimize the centrality of Israel for many Jews in defining our identity as Jews.

Let’s make no mistake about it, groups advocating for BDS are frequently looking to wipe the state of Israel off the face of the earth, as their oft-repeated slogan “from the river to the sea” so vividly illustrates.

Professor Chemerinsky writes: “My goal, too, was hoping that we can begin a conversation about these issues among all of our students. Again, that is what a campus should be about: civil discourse about hard issues where all viewpoints can be heard.”

Of course, there are also First Amendment rights to consider, but let’s remember that vile, antisemitic flyers distributed throughout my city are among the forms of hate speech protected by the First Amendment.

Should those who dropped the antisemitic flyers in Beverly Hills, the “Goyim Defense League,” be allowed to discuss their views on campus, assuming, of course, they do so most politely?

I would think and hope that hate speech groups would not be afforded the same status as groups willing to debate and discuss issues civilly without attempting to define their counterparts, without attempting to erase their identities.  The irony of pro-BDS factions who negate the Jewish right of self-definition, while at the same time looking to ban pro-Israel speakers on campus, including Jews who support their own indigenous rights, is nothing short of a textbook definition of chutzpah.

Professor Chemerinsky writes: “I also must recognize that there is substantial disagreement among the Jewish students about this. Although some Jewish students were quite angry, I also received a message from a group of Jewish students who said, ‘We stand unequivocally in solidarity with our friends in Law Students for Justice in Palestine, and the affinity groups who have adopted the BDS bylaw.’”

Here, unfortunately, Professor Chemerinsky has fallen into the trap of bothsidesism.

Some Jews are themselves, sadly, not immune from the virus of antisemitism; and the minority of Jews who don’t define their Jewish identities through Israel, can never speak for the majority of Jews around the world who recognize and value our People’s indigenous status in Israel, our ancestral and spiritual homeland.

Surely, there can be groups of “Jews without Israel,” just as there can be “Jews without G-d” or “Jews for Jesus.” But these groups don’t represent the mainstream of Jewish identity; and even if they did, it would not justify the portrayal of Jews as settler-colonizers in their own ancestral homeland.  It would not justify the erasure of the indigenous identity of those Jewish people who embrace their heritage and profound connections with Israel.

Anti-Jewish racism has a sad but unsurprising history at some of the Bay Area’s elite academic institutions.  Just last week Stanford issued an apology about having blackballed Jewish students in the 50’s.

As part of its apology, Stanford has undertaken to improve Jewish life on campus, including recognizing antisemitism on campus and avoiding the opening of classes on Jewish High Holidays, which occurred as recently as this year, 5783.

It’s a start.  But we need more of these steps at Stanford, Berkeley, and elsewhere.

Sadly, with antisemitic incidents and violence on the rise, it’s still time to take the timeless scourge of Jew-hatred seriously, in all its blatant and nuanced forms, including BDS.

(John Mirisch was elected in 2009 to the Beverly Hills City Council, where he has served three terms as mayor.  He is currently a garden-variety councilmember and a frequent contributor to CityWatchLA.com.).