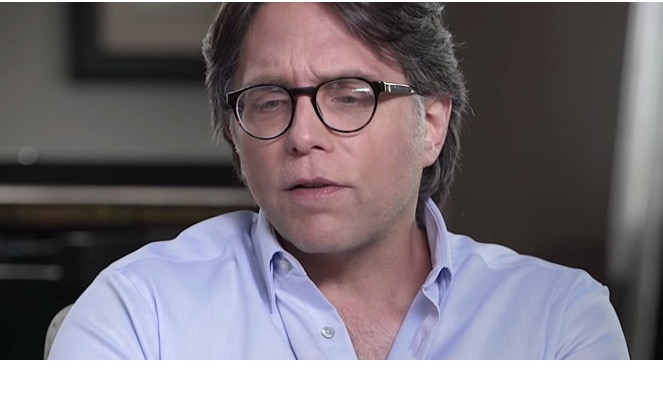 GUEST COMMENTARY - The Keith Raniere case is another example of our justice agencies acting against the best interest of common sense, common decency and “we the people”.

I saw this recently when I covered Tiger King’s Joe Exotic’s re-sentencing where the judge stuck to an agenda and did not care for hearing any evidence being shown to the contrary, even when relevant.

The US vs. Raniere case included a report exposing an especially brazen level of government corruption. A court motion was filed on May 3, 2022 with a corroborated report written by former FBI Special Agent and cyber forensics expert Dr. Rick Kiper. He asks about a curious timeline of ‘found’ evidence later in the investigation, “Since the only differences between the first superseding indictment and the second superseding indictment were based on the alleged contraband photos, how did AUSA Penza know the contraband photos would be found over a month later?”

Kiper proves to a scientific certainty that the government manufactured and planted contraband photos to convict Mr. Keith Raniere, an influential cult leader, of child pornography charges. Bottom line: FBI planted this child pornography in the NXIVM case to win a conviction. No matter how weird or unlikeable this cult leader is to you, this is a breach of justice.

Kiper reviewed file system data from two devices that were key evidence in the case: 1) A hard drive on which the FBI claimed to have found 22 photos of a nude female, whom they alleged was 15 years old in the images, and 2) a camera card allegedly used to take the photos. Evidence was tampered on these two key devices and was widespread: 22 photos that allegedly contained “child porn” were planted on the hard drive and somebody proactively changed the dates of those “contraband” photos (and the folders that contained them) to give the appearance that the woman in those photos was underage when they were taken.

Other dates were manually changed on the hard drive, including dates on the photos that were located just next to the alleged contraband.

On the camera card, somebody added 37 files while it was in FBI custody with an unknown person accessed and modified the camera card on Sept. 19, 2018, during custody. The metadata of one photo had evidence that Adobe Photoshop Elements 3.0 was used on it, but someone tried to cover up that the file had not been modified.

Within 24 hours of filing the motion, the prosecution filed a shameful response calling these findings “frivolous.” The media has been virtually silent about this exposed historic level of corruption. Thankfully, efforts are underway to investigate and hold the FBI accountable.

Human trafficking is a big default go-to for several of these coverups which at best, is complicit and diluting the severity of the human trafficking issue, but at worst, is part of defending an elite cabal, as we noticed with Ghislaine Maxwell getting charged with a relatively light sentence.

I interviewed Nicole Blank Becker, a famous sex crimes attorney, Chief of Sex unit in Detroit for approximately 7 years and extremely involved in Child Advocacy Centers, winning awards after her work with hundreds of victims.

Her position is simple, “Unfortunately, the federal government is oftentimes using charges to strong arm people and make up a really good story so that ultimately, we forget about what the law is and what the elements are that the government has to prove. The story takes over, which is not the way we learned in law school. Nor is it the way we practice in the courtroom.”

She reminds us that sexual acts must be proven for purposes of sex trafficking charges but that was completely ignored in this case. “I was looking at the elements of sex trafficking: interstate commerce, coercion, knowingness, sexual acts. In my reading of the transcript frontwards and backwards, it simply didn't even come close to what the legislator intended”.

The sensationalism of attacking public enemies from Joe Exotic, the former President, R Kelly and now Keith Raniere, in tandem with the planting and tampering of evidence, create an air of sentiment geared towards vilifying the person they are going after. How about the actual victims of real human trafficking? Nicole passionately states, “Those who are purely victims, their horrible experience is minimized”.

Throwing this term of “human trafficking” around especially in the courtroom and planting evidence of child pornography seems to be the go-to function for corrupt government agencies. In fact, during this trial, Raniere was locked in a jail cell with an actual human trafficker and has been subject to horrifying conditions while waiting for justice to be served.

Becker says these targeted individuals are “convicted before a trial has even started. Dealing with the government on that case, I saw for myself firsthand how the criminal justice system in America works. It’s not ‘innocent until proven guilty’. It’s guilty until proven innocent.”

When I asked Nicole why this cult leader was targeted, she says “Raniere is a powerful individual. His influence was large, with his connections to presidential figures in countries like Mexico, Fortune 500 companies. These types of people scare the government and ultimately, the government decides they should be taken down. Judges are given an immense amount of power. An overhaul of our justice system is severely needed.”

(Marc Ang ([email protected]) is a community organizer in Southern California and the founder of Asian Industry B2B. He focuses on the minority conservative experience. Marc’s book “Minority Retort” will be released in late 2022.)