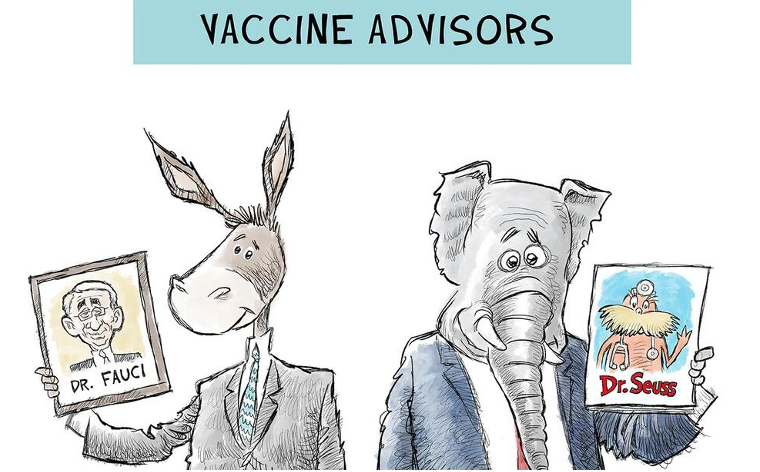 MARC'S ANGLE - There is a societal epidemic: pro-vaccine or anti-vaccine zealots who virtue signal by telling others what to do with their own bodies. Both sides are happy to shame those who either take or don’t take the vaccine.

One anti-vaccine zealot tried to shame me for supposedly getting the vaccine, calling me a “coward”.  When I politely asked for clarification, she said “you took the jab to keep your job. My son is losing his job for standing up to medical tyranny”. Martyr, much? Also, very unresearched as I keep certain things private, especially my medical status.

But her behavior did provoke some thought. Becoming an independent has truly been freeing as I reject political parties and by extension, blind tribes. Truth and intelligent debate matter to me more than partisan cheerleading so it is important I call out both sides of the vaccine debate.  But many times, both sides aren’t even talking about the right angles on an issue.

The jab itself and whether or not someone is getting it or not getting it is what the media wants us to focus on while neglecting the elephant in the room: it’s not about the jab, it’s the mandates and the assault on our right to privacy. The latter is even more overlooked than the mandates.

“The Health Insurance Portability and Accountability Act of 1996 (HIPAA) is a federal law that required the creation of national standards to protect sensitive patient health information from being disclosed without the patient's consent or knowledge.” (Per the CDC website)

Though created in the early days of the HIV and AIDS epidemic in the 1990s, nothing has changed as far as the importance of privacy goes. It is simply not right to compromise the privacy of anyone’s medical information and especially of any disease that has stigma attached to it. One can argue that COVID with all the airplay it’s gotten, has even more of a stigma today than HIV. You can barely cough in public without people reacting around you these days.

There are stigmas not only around COVID or HIV but also cancer, diabetes, Hepatitis or even people with food allergies. In this society which is constantly giving lip service to compassion, why can we not practice the same compassion around COVID to allow that same privacy?

“None of your business” comes to mind when it comes to vaccine passports, especially retail establishments trying to ask sensitive questions of their patrons.  And it certainly is poor form for private citizens to snitch on others for not getting vaccinated or conversely, to shame them if they took the vaccine. 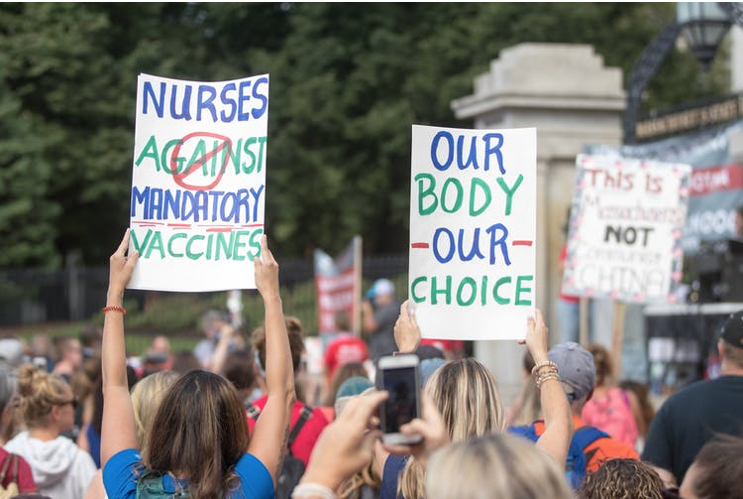 Forgetting our rights to privacy in the name of safety is what allowed the PATRIOT Act to happen under Bush’s Republican administration.  Allowing wiretapping of private phone calls among other privacy-invading mechanisms was apparently acceptable in the name of safety. And here we are again, now with the fear surrounding COVID, privacy loses again.

It is because we have become a complacent society that has taken for granted our rights? Yes, that’s bad enough but we also have become one of tribal blindness, never questioning our side, and then fighting over the wrong things while barely discussing the right things.

Is it also a race to become the most extreme? Both expect blind allegiance to their tribe. And that is what’s destroying American society. Privacy and allowing people to make choices no matter how dumb you think it is... are sacred.

Thankfully, many spoke up in defense of privacy on that thread. I’m heartened by these reasonable people and would like to think that most people don’t subscribe to this antisocial behavior. However, it is the extremes that are taking over politics and regular people need to get civically involved before it’s too late, especially on issues of privacy.