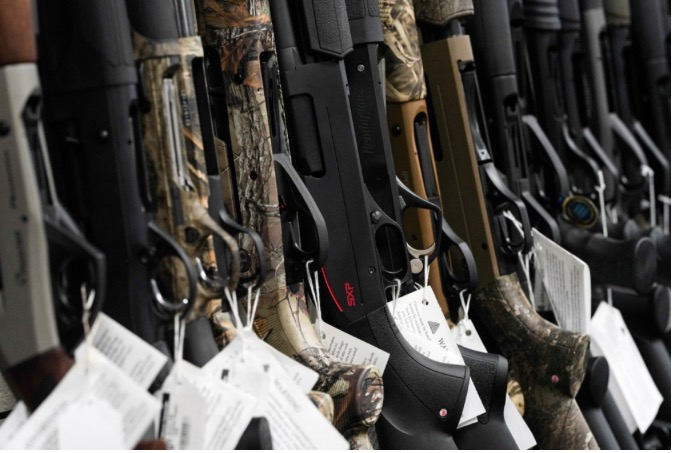 They know that by invalidating New York’s requirement that permit applicants demonstrate good cause, the court also made California’s similar requirement unconstitutional.

Newsom branded it a “reckless decision” and pledged that California “will continue to lead in the fight to keep our people safe. Next week, I will have 16 new gun safety bills on my desk, including a bill that will allow individuals to sue gun makers and distributors for violating certain gun laws. I look forward to signing all of those bills.”

Bonta advised law enforcement officials that they could no longer demand that applicants have an acceptable cause. However, he also – at great length – told them that applicants still could be required to demonstrate good moral character, which may open a new legal front in the perpetual gun control conflict.

The pro-gun rights Firearms Policy Coalition immediately warned Bonta that wholesale use of good moral character to deny permits violates the Supreme Court’s newly adopted standard and would lead to “far more Second Amendment claims than they have ever faced.”

A few days after issuing its landmark New York decision, the Supreme Court dropped another bombshell, telling appellate courts that its new interpretation of the Constitution’s “right to bear arms” clause will invalidate other lower-court rulings upholding state gun control laws. They include Maryland’s ban on “assault weapons” that’s similar to California’s law and a California law that bans firearm magazines holding more than 10 rounds.

The twin actions could wipe out major elements of California’s strictest-in-the-nation regime of gun laws, because of a key legal point in the Supreme Court’s New York decision known as the “two-step approach.”

In upholding gun control laws, appellate courts often concede that the Constitution protects the right to bear arms (step one) but then conclude that the laws are justified by the need to protect people from harm (step two).

“Today, we decline to adopt that two-part approach…” Justice Clarence Thomas wrote in the majority opinion. “Despite the popularity of this two-step approach, it is one step too many.”

Thus it imposes a much higher constitutional standard for gun control laws. It could, for instance, invalidate the “good moral character” factor that Bonta is now touting because it’s not an objective factor such as having a criminal record or being the subject of a restraining order.

All in all, the Supreme Court leaves California’s vast array of gun control laws in flux and despite Newsom’s pledge to find ways to pursue new regulations, it’s likely that there’s room for maneuver only on the margins.

The centerpiece of the 16 new gun control laws Newsom plans to sign would allow private citizens to sue makers of illegal guns, such as the unregistered “ghost guns” that are assembled from parts and peddled on the black market.

Good luck on that. The deep-pocketed major arms manufacturers don’t sell illegal guns and those who assemble them in their garages won’t attract the attention of personal injury lawyers because they offer scant monetary returns.

Another bill would ban gun shows on state-owned property but that’s just political symbolism. Gun show promoters can easily find other venues, so the main effect of the legislation will be to deprive financially strapped local fairgrounds of rental income.

It’s a new day for gun control in California “whether you like it or not,” to borrow a phrase that Newsom once uttered in another context.

(Dan Walters has been a journalist for more than 60 years, spending all but a few of those years working for California newspapers. He began his professional career in 1960, at age 16, at the Humboldt Times in Eureka, while still attending high school, and turned down a National Merit scholarship to continue working as a journalist. At one point in his career, at age 22, he was the nation’s youngest daily newspaper editor. The Hanford Sentinel was the first of three newspaper editor positions before joining the Sacramento Union’s Capitol bureau in 1975, just as Jerry Brown began his governorship. Walters later became the Union’s Capitol bureau chief, and in 1981 began writing the state’s only daily newspaper column devoted to California political, economic and social events. In 1984, he and the column moved to The Sacramento Bee and in 2017 to CalMatters.org where this story was first published.)