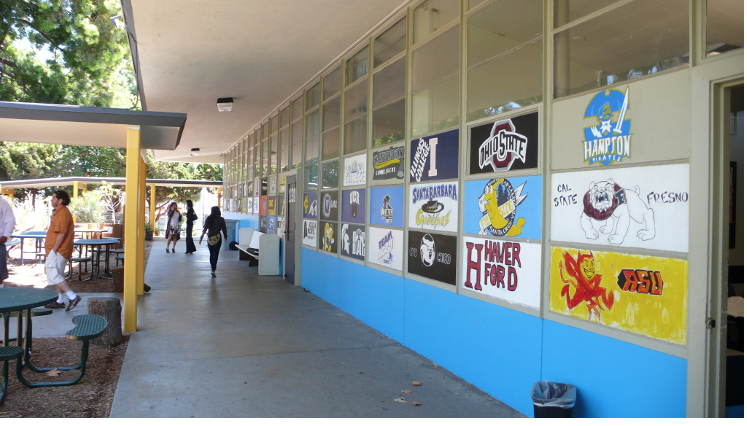 EDUCATION POLITICS - Just as the LAUSD was shutting down for the Thanksgiving holiday, Jose Cole-Gutierrez’s Charter School Division released its latest summary of the past-due amounts owed by charter schools for overallocation fees.

These fees are assessed when charter schools demand more space on public school campuses than they are entitled to based on their actual enrollment. The data shows that only $13,437 was repaid during the previous month. This means that charter schools still owe the students of the LAUSD $13,585,182.

Just two schools were responsible for the payments that were made during the past month. Ocean Charter School paid $3,333, leaving their balance at $1,208,491. Even after paying $10,104, APEX Academy, which still occupies space on the Bernstein High School campus, owes $112,228. Both of these schools appear to have made some kind of payment arrangements with the district as they were also the only ones who made payments during the third quarter of the year.

Included in the list of delinquents who did make a payment last month was the Citizens of the World nationwide chain of charter schools. This chain is allowed to continue occupying the campuses of Shirley Elementary, Le Conte Middle School, and Webster Middle School despite owing the students of the LAUSD $1,068,684. Year after year, it has over-estimated the number of students it would serve and taken space from public school students resulting in rooms sitting empty. This hurts the BIPOC communities that Citizens of the World claims to serve.

The Charter School Division is supposed to be the first line of defense for the interests of students, but it is headed by a former staffer from the California Charter School Association. Instead of acting as a regulator, Cole-Gutierrez runs the division as a cheerleader for privatization, using his department as a way to ensure a “robust portfolio of school choices for parents and students”. Under this leadership, not one charter school has been brought to the board for revocation based on non-payment of state-regulated overallocation fees for multiple years.

Blame is also shared by Megan K. Reilly, who according to the Los Angeles Times is a candidate to become Austin Beutner’s successor. At a September 24, 2019, board meeting, Beutner announced that he had placed Reilly in charge of collecting these overallocation fees. Not only has the amount due continued to grow under her leadership, but she has failed to hold any schools responsible. This lack of success should be on the mind of every board member as they vote on giving her a promotion.

“The practice going forward has been made clear...Megan Reilly, the Deputy Superintendent, is responsible for implementing this process.”

The mainstream press should also be held responsible for not covering this story. Perhaps $13 million seems like a drop in the bucket in a multi-billion dollar budget, but approximately 90% of these funds will go directly to affected host schools when the bills are paid. These payments will compensate students attending these schools for having to give up educational space so that charter schools could have them sit empty. If the press wants to regain their sphere of influence in society, they need to take their role in holding the LAUSD board members accountable for overseeing their appointees seriously. The failure to collect these fees is a failure of the LAUSD board’s fiduciary responsibilities and needs to be covered accordingly. It is a story too big for independent muckrakers with no outside funding to handle alone.

(Carl Petersen is a parent advocate for students with special education needs and public education. He is an elected member of the Northridge East Neighborhood Council and serves as the Education Chair. As a Green Party candidate in LAUSD’s District 2 School Board race, he was endorsed by Network for Public Education (NPE) Action. Dr. Diane Ravitch has called him “a valiant fighter for public schools in Los Angeles.” For links to his blogs, please visit www.ChangeTheLAUSD.com. Opinions are his own.)