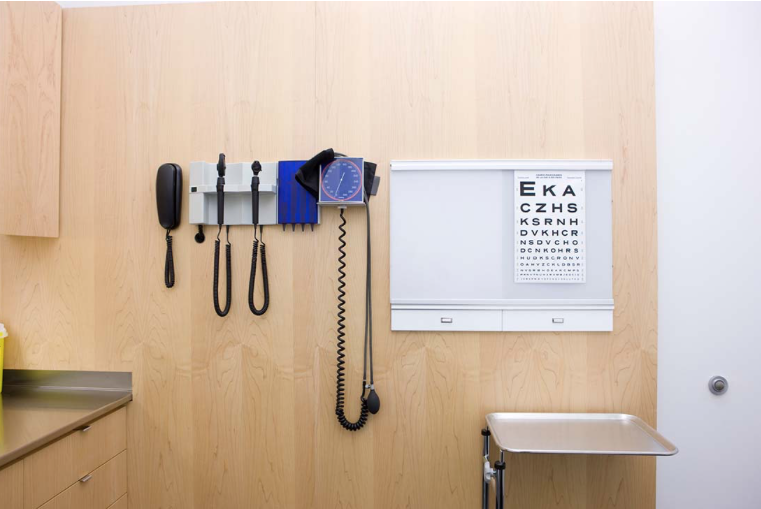 PANDEMIC NATION - When directors at the UCLA Center for Health Policy Research first studied the results of the center’s 2020 health survey in California, they weren’t shocked.

It had been a pandemic year, after all; it wasn’t surprising to learn that a lot of people had avoided things like routine check-ups as they tried to stay away from clinic and hospital settings in the midst of COVID-19.

But looking more closely at the survey, true disparities quickly emerged. Despite a record number of Californians carrying health insurance last year, the percentage of Black residents who said they didn’t have a regular place to go for health care or advice skyrocketed. When it came to explaining why they didn’t seek care in 2020, a full 40% of Latino respondents cited the cost — or lack of insurance — as a primary factor.

The COVID-19 crisis revealed deep inequities for communities of color when it came to accessing tests, medical advice and care, and vaccinations.

Both Black and Asian residents, meanwhile, reported experiencing unfair health care treatment based on their race or ethnicity, at percentages that were multiples beyond the state average. And adults who experienced such treatment were vastly more likely than others to have had thoughts of suicide, the researchers found.

“Not a surprising finding, but the most alarming finding we shared was the mental health distress observed for those who experienced unfair treatment due to race,” Todd Hughes, director of the center’s California Health Interview Survey (CHIS), said in response to a question from Capital & Main during a recent presentation of the survey’s results.

“Whether it was marked increases in suicide ideation or severe psychological distress, it really demonstrates the importance of addressing this unfair treatment due to race in our country,” Hughes added.

Race and ethnicity based disparities in health care coverage are not a new topic in California, but they took on added urgency in 2020. The COVID-19 crisis revealed deep inequities for communities of color when it came to accessing tests, medical advice and care, and vaccination.

According to the most recent data collected by the Kaiser Family Foundation, Latinos in California, who make up 40% of the state’s population, have accounted for 61% of all COVID cases and 47% of virus-related deaths. Yet of all the vaccines administered in California, Latinos have received only 31% of the doses.

About 11% of Black Californians reported that they did not have a regular place to go when they felt ill or wanted medical advice in 2020, a 36% increase from the year before.

Black residents of Los Angeles County, meanwhile, have the highest rate of COVID-related hospitalizations among all racial and ethnic groups there, the Los Angeles Times reported. At a news briefing, the paper said, County Public Health Director Barbara Ferrer attributed that result to “a long history of inadequate access to the essential resources that support optimal health.”

“Our trend lines validate this deplorable reality, which continues to contribute to the higher rates of hospitalizations and deaths from COVID experienced by our Black residents,” said Ferrer.

The story is part of a larger pattern of imbalanced health care in the state, one underscored by the results of the CHIS, which is the largest state health survey in the nation. More than 22,000 California households were included in 2020, with 21,949 adults, 1,365 adolescents and 3,548 children taking part, according to UCLA senior public administration analyst Sean Tan.

Among the survey’s findings:

About 11% of Black residents reported that they did not have a regular place to go when they felt ill or wanted medical advice in 2020, a 36% increase from the year before. Of those in that group, 27.5% were age 17 or younger. This occurred, Tan said, despite the fact that almost 90% of Black respondents said they had some form of medical insurance.

In all, a record number of Californians, 94%, said they had health insurance last year. The UCLA researchers suggested that the increase in coverage had to do with federal and state responses to the pandemic, including new flexibilities in the Medi-Cal program that retained enrollees and a directive by the state Department of Insurance that all health providers grant at least a 60-day grace period to those who owed premiums.

Essential workers were more likely to say they had COVID, but less likely to get vaccinated.

Since early last year, essential workers — those in food preparation and delivery, health care workers, first responders, grocery employees — have been at outsized risk for COVID. Data compiled by the University of California, Merced, found that workers in 10 essential industries in the state had more than a 30% increase in deaths during the first 10 months of the pandemic.

Californians delayed or skipped routine medical care at their highest rates since 2013.

In addition, 13.8% said they had delayed medical care that they needed. When asked why they’d done so, 40% of Latino residents cited cost, lack of insurance or “other insurance related reasons” for having done so — a figure starkly higher than for Black (31.9%), Asian (30.0%) or white (28.1%) residents of the state.

About 2.3 million people in California remained uninsured in 2020, Tan said. According to a Latino Community Foundation report released earlier this year, 63% of that group is Latino, a total that includes those whose immigration status prevents them from accessing care.

At 6.4%, Black adults were more than three times as likely as the state average (1.9%) to report being treated unfairly because of their race or ethnicity. Asian adults (4.2%) were more than twice as likely.

Adults who reported unfair treatment, meanwhile, were far more likely to say they had thoughts of suicide than those who said they did not experience such treatment — 19.3% vs. 12.1%, the survey found. That is functionally a compounding concern, since patients dealing with ongoing post-COVID symptoms, or “long COVID,” already may be at elevated suicide risk, according to a study published earlier this year by the National Institutes of Health.

The researchers said they shared much of their data on an earlier schedule than usual due to the nature of the public health crisis. Ninez Ponce, director of the UCLA Center for Health Policy Research, said, “Because the targeted data can be acted on, it enables those in power to determine which Californians most need help.”

Ponce noted during the presentation that while overall hardship increased during the COVID year of 2020, food insecurity in California actually went down — a strong endorsement, she said, of some of the public safety net programs that have been put in place.

“It did show the power of public investment during this difficult time, and that we need to continue to do this,” Ponce said in response to a question from Capital & Main. “We need to ensure that Californians don’t slip into further pain, especially during a pandemic.”

(Mark Kreidler is a California-based writer and broadcaster, and the author of three books, including Four Days to Glory and a writer for Capital and Main.)