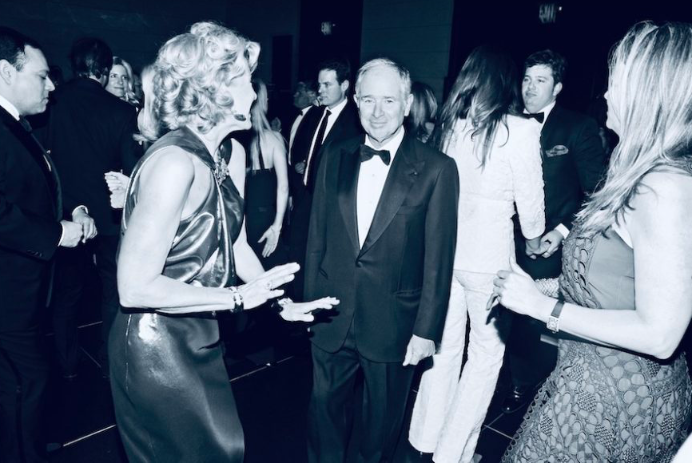 Corporate landlords, including billionaires Stephen Schwarzman (pictured above) and Sam Zell, are living luxurious lifestyles subsidized by tenants who spend huge chunks of their paychecks on wildly inflated rents. While Schwarzman throws multi-million-dollar parties for the rich and famous or Related Companies founder Stephen Ross buys the Miami Dolphins, middle- and working-class residents can barely keep a roof over their heads.

That disturbing imbalance becomes all too clear after a quick read of a recent article in The Real Deal titled “Superyachts and Picassos: How real estate’s wealthiest spend their millions.” Reporter Joe Lovinger writes, with a kind of glee, that the real estate “industry accounts for about 10 percent of billionaires worldwide. Far more have fortunes in the hundreds of millions, a testament to one of the most lucrative (and risky) businesses on the planet. But with great risk comes great reward, and great rewards lead to great excess. This month, The Real Deal took a look at some of the shiniest toys industry titans ride, fly, sail, and display when they aren’t shaping skylines.”

And when they aren’t fighting rent control ballot measures in California or fueling a nationwide housing affordability crisis by charging outrageous rents.

Last year, Zillow, the real estate site, reported a shocking fact: between 2010 and 2019, renters in the United States paid landlords a staggering $4.5 trillion. Zillow pointed out that’s higher than the 2018 GDP of Germany and many other nations. In Los Angeles, in 2019 alone, renters forked over $39.1 billion to landlords. In San Diego, it was $10.3 billion. No wonder real estate titans can collect football teams and hundreds of expensive cars.

At the same time, middle- and working-class residents have become more rent burdened, spending 30 percent or more of pretax income on rent. Pew Trusts found that 38 percent of all renter households in the U.S. were rent burdened in 2015, a nearly 19 percent increase since 2001.

Corporate landlords want to keep it that way. In 2018 and 2020, Schwarzman’s Blackstone Group, Zell’s Equity Residential, Ross’ Related Companies and its entities, and other real estate heavyweights shelled out tens of millions in campaign cash to political committees to stop Proposition 10 and Proposition 21 in California. Both measures aimed to end stiff, statewide restrictions on rent control.

That, of course, threatened to scale back corporate landlords’ spending sprees on racehorses, private jets, and Ferraris. Schwarzman and his billionaire gang weren’t having that. With their millions in contributions, they successfully defeated the ballot measures. Zell could continue to collect motorcycles and play high-stakes poker; Schwarzman could keep vacationing at his mansions in Palm Beach and East Hampton; and Ross could still watch the Dolphins from the owner’s suite in Miami.

In the meantime, more and more tenants impacted by the COVID-19 pandemic have fallen into back-rent debt and face the prospect of homelessness if evicted. Housing activists and experts, in fact, are sounding the alarms for a tidal wave of evictions since eviction moratoriums in numerous states, including California, won’t be extended. Real estate executives, who have sought to end moratoriums for months, don’t care. They just want their expensive toys.

(This story by Patrick Range McDonald was featured in Housing is a Human Right.)

LA City Controller Race - Moving Ahead vs. Down and Dirty!