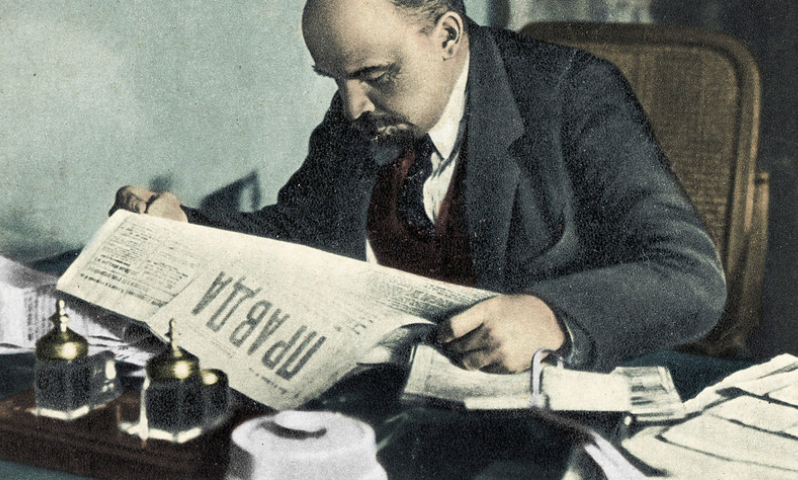 THE DOTOR IS IN - For those who were and are interested in truth and history, Pravda was the famous and infamous rag that was the official newspaper of the Communist Party of the Soviet Union and was founded for those who followed Leninist and one-party government in that former Soviet Union.

Ironically, Pravda was and is translated to English as "Truth", and ended publication in 1991, but is still online as Pravda International by the Communist Party of the Russian Federation.

Enter the Los Angeles Times of today, which is the only large-scale newspaper of the Los Angeles region, and has national if not international influence. I'm sure that paper and those who follow it (I religiously read it throughout college, medical school, and residency until a few years ago) consider what that newspaper--which is now just a liberal Democratic puff-piece--writes as "Truth" as well.

So, what's to explain why so many Angelenos (particularly the middle class, and comprised of all ethnicities are fleeing to conservative, Republican strongholds?

In part, it's the Times, and the awareness that it is NOT the "Truth" any more than a doggedly pro-conservative, Republican newspaper.

It's also the yearning of Americans to maintain and retain a two- or more-party system to offer a choice to free-thinking, independent-minded Americans.

1) The front-page photos of the Times on Sunday, 8/29/2021 of Governor Newsom fist-bumping a supporter and his four-year-old son working the phones in East Los Angeles, while Republican front-runner Larry Elder has a buffoon-like facial expression (who, perhaps the Times missed, has a partial/cut shot of a black supporter)? No bias there, right?

2) The hit piece of Larry Elder by Gustavo Arellano that belongs in the Opinion section, not the front page of the California section of the Times? Well, at least the online link shows Larry Elder with Latino and white supporters.

(Note to the Times and Mr. Arellano: Mr. Elder is no false prophet, and is respected by liberals and conservatives of all races and political bent as a leading voice on talk radio for a lot of reasons--he's libertarian/Republican and calls it honestly as he sees it)

3) The front-page article that--as with Mr. Arellano's column--belongs in the Opinion section which pretty much derides Newsom's recall supporters as angry, irrational mothers and others who hate masking, school closures, and the rise of the Delta variant of COVID-19?

Could it be the infamous French Laundry scandal that showed Newsom and California Medical Association lobbyists without masks while Newsom demanded business and school closures?

Could it be the ridiculous rising cost of affordable housing while developers go willy-nilly with Sacramento's support of high-cost housing for Big Tech?

Could it be Newsom's caving to teachers' unions who've run the state budget (including college tuition subsidization that used to be California's legacy)?

Could it be Newsom's lack of infrastructure creation to prevent water shortages during the unavoidable part of California's weather cycle?

Or do those who support the recall--and invariably are disgusting and disdainful of the ridiculous bias of the Times? And ditto for the Bonin and Gascon recall efforts?

4) To put it simply, those who oppose Newsom and want him recalled include both Democrats and Republicans, and among other issues they want affordable housing killers SR 9 and SR 10 opposed by SOMEONE in Sacramento.

In short, the Times favors only ONE party, and EVERYONE reasonable knows that.

Some folks think that bias is just FINE, not realizing they're tools who are falling into the trap of the former Soviet Union.

And hence the Times has changed from a respected newspaper into a rag, with no more representation of the "Truth" than the former Pravda rag which illustrated the worst aspects of the Orwellian former Soviet Union (for those who know what the heck "Orwellian" even means).

Democrats aren't simply "good" any more than Republicans or Independents are "bad".

And maybe, just MAYBE, the Times will regain its respect and readership if it chooses to alter course and not merely be a 21st Century Pravda.