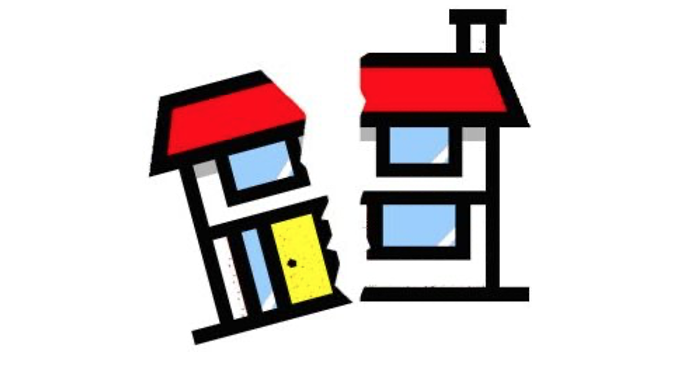 VIEW FROM HERE - The threat of internal disintegration has stalked the nation from its founding.

Thomas Jefferson based the Declaration of Independence on the new idea of individual inalienable rights and asserted that when a government no longer protected individual rights such as life, liberty, and pursuit of happiness, the people had the right to change that government.  This option was taken soon after we broke loose from Great Britain and saw that the Articles of Confederation had fashioned a government too weak to protect individual rights.  After the Constitutional Convention when asked the type of government they had created, Benjamin Franklin asserted, “A republic, if you can keep it.”  We are failing to keep it.

The opposite of individual inalienable rights is Group Rights where a person’s rights, immunities and penalties are based upon their membership in some ascriptive group, e.g. Blacks, Protestant, Catholic, etc.  To excise the pernicious notion of Group Rights between masters and slaves, Jefferson removed” Property” from John Locke’s Triade of Life, Liberty and Property and inserted “Pursuit of Happiness.”  The main purpose of this change was to undercut any notion that slaves or former slaves lacked inalienable rights.

In writing the Constitution, the framers directly confronted hideous impact of religious Group Rights which had caused centuries of misery, bloodshed and devastating wars in Europe.  Religion was excluded from governmental power, not because religion was good, but because it had proven deadly to a peaceful society. In return, the government would leave religions alone.

As the Federalist Papers discussed, even smaller factions were deadly to the civic well-being because groups would seize power and build a power base on Group Rights.  The greatest divide was between master and slave which also divided the nation into two groups, North and South.  Abe Lincoln’s 1858 House Divided Speech reached back to both the Declaration and the Constitution in asserting that a nation divided against itself cannot stand.  While the issue confronting the country was slavery, that political principle of a divided nation not being able to survive was not limited to slavery.

Factions did not disappear with the end of the civil war, but the nation made some efforts to unite the North and South. In the late 1800's and early 1900's, a new myth emerged in an attempt to unite the North and South, i.e., The Noble Cause, aka The Lost Cause. Myths serve an important function.  By portraying the South as a land of civility and Southern gentlemen as men of honor, people from the North and South could deal with each other.  A nation cannot heal as long as each side calls the other side evil.  The Lost Cause Narrative made sense within the context of Lincoln’s overriding purpose to preserve the Union.  In fact, the Constitution’s Preamble stated as its first purpose “to form a more perfect Union.”  Both Northerners and Southerners chose not to mention that slavery was the States Rights for which the South fought.

Had Southerners fully embraced all individuals as having inalienable rights and made certain that no person was deprived of any right based on race, creed or color, the Grand Myth may have succeeded.   Unfortunately, The Lost Cause Narrative was used as a shield to perpetuate invidious discrimination and racial violence.

Justice Harlan’s dissent in the 1896 US Supreme Court Case of Plessy v. Ferguson, 163 U.S. 537, provided the antidote the divide between Blacks and Whites which was being perpetuated by de jure segregation. Harlan promoted each individual inalienable right to Liberty.  The Court’s majority sided with the racist Group Rights advocates.

In 1954, the US Supreme court in Brown v. Board of Education, 347 U.S. 483 (1954) again rejected The Declaration’s and Harlan’s notion that Blacks had individual inalienable rights, bur rather the constitutionality of de jure segregation rested on the impact segregation had on Blacks as a group.  Because the Supreme Court felt that sociological data showed that Black children did more poorly in segregated schools, segregation was bad. The Supreme Court completely ignored Justie Harlan’s 1896 argument that Blacks had the inalienable right to Liberty and that segregation was per se an impermissible abridgement of Liberty. The Brown decision lead to an orgy of Group rights in the form of Affirmative Action quotas where individual rights were secondary to various socio-economic data concerning the groups of Whites and Blacks. Underlying The Brown Case was the belief that Blacks were inherently inferior. Thus, South’s Plantation Mentality that Blacks needed White overseers in order to function became the unspoken axiom of Affirmative Action.  In response, the GOP suported its group rights of The l Majority which has morphed into the Alt Rt and Trumpers.

The other dynamic after the Brown Case was the Dems’ desire for a national patronage system similar to the Ward Heelers of the immigrant ghettoes.  Under the name favored by Nancy Pelosi, “Identity Politics,” the Dems promise non-White minorities jobs and other benefits if they vote Dem.  In the last couple years, this form of Group Rights has become known as Wokerism.

Wokerism has broken ties with the non-controversial idea that a society’s institutions are based on yesterday’s mores.  Rather, it has morphed into anti-White racism domestically and anti-Americanism internationally. Wokerism shuns the fact that many of our institutions are predatory as to everyone.  They shut down the idea that private racism would not amount to anything provided our institutions were not predatory.  It matters naught if someone thinks that Roman Catholics follow a fool’s religion, as long as they never translate that anti-Catholic belief into public policy.

The rational of Hate Crime legislation is that a house divided cannot stand. Thus, civil society cannot tolerate crimes to be committed against people based upon the victim’s perceived membership in some group.  Hate is not the crime; the action which flows from the hate is the crime.  As Baltimore Police Commissioner Michael Harrison recently noted, much of the Black-on-Black violence are retribution murders are solely in revenge for the murder of one of its gang members. That Black on Black murders should have a “hate crime” enhancement, but we cannot recognize that fact because we focus on race when group allegiance is the evil. . All crime based on the victim’s group status leads to a nation subject to internecine violence and eventually to civil war.  Gang violence foreshadows what awaits us nationally unless both political parties abandon Group Rights.

The Long Arch to Civil War

Our first Civil War did not erupt from nothingness just because the South fired on Fort Sumter.  For decades the national agenda was controlled by the slavery issue.  Few Americans today know about the Missouri Compromise of 1820, the subsequent Nebraska-Kansas Act of 1854 or the impact slavery had on California’s admission to the Union.  Whether it is one gang in Baltimore pitted against another gang or Wokers blaming all people with light hued skin for the problems of Blacks, internecine division results in violence.

When people divide into groups to gain the good things in life or to protect themselves from attack by another group, society disintegrates.  Group members shun values other than supporting their leaders since their leaders promise them goodies and to protect them from the Others.  Wokerism is especially virulent in promoting inter-group division for political gain.

On May 12, 2021, CDC Director Rochelle Walensky destroyed President Biden’s centrist approach to fighting the Covid Pandemic.  Trump had weaponized the public health threat into a national disaster to personally benefit himself.  Biden was slowly turning the ocean liner of division towards a centrist policy by not blaming Trump or the anti-maskers. Such a centrist shift in public attitude began during thge campaign when Biden said that the election was not about Trump’s family or about Biden’s family but about “your family.” meaning each individual American without regard to race, creed or color. Thereafter, Biden delivered 100 million doses of the vax within 58 days and was aiming at July 4th for herd immunity.  Then, Walensky stabbed Biden in the back and revived the Mask vs Maskless divide by saying that good people, e.g. the vaxxed Dems, could go maskless while the bad people, e.g. the unvaxxed GOP, had to wear masks as a sign of their perfidy.  That destroyed Biden’s centrist approach. Rather than firing Walensky, Biden also blamed the GOP, launching us into the Fourth Surge, which may result in Gov. Newsom’s recall and the election of another buffoon to high office.

Likewise, Wokerism lurks behind the Afghan disaster. While Trump set us on this fool’s path of withdrawal, Wokerism’s premise that American is always wrong and any non-white international foe is good, including terrorists like Hamas and the Taliban, pretty much tied Biden’s hands.

As bad as the Brown Decision in foisting group rights upon us was the 1950 report by the American Political Science Association, a group of students and academics who believed in deeper and more intractable the political divisions within America as the fastest way to impose their ideas on everyone else.  http://bit.ly/2KwLXC8 July 2, 2018, The New Yorker Magazine, The Rise of McPolitics, by Yascha Mounk

A house divided has no room for centrist governance. As a result of the deepening divisions as promoted by Wokerism, our society is crumbling.

(Richard Lee Abrams is a Los Angeles attorney and a CityWatch contributor. He can be reached at: [email protected]. )