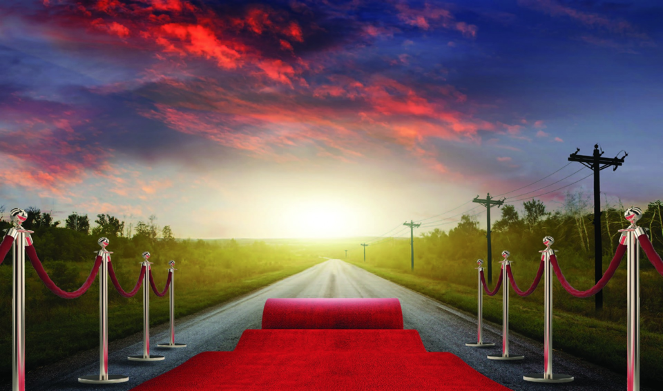 PLANNING WATCH - By August 16, 2021, the California State Legislature may have approved two pieces of contentious legislation, Senate Bills (SB) 9 and 10.

Despite deceptive claims from their supporters and sponsors, State Senators Scott Wiener and Tony Atkins, the legislation would roll out the red carpet for real estate investors.

Unless the State’s legislators are heavily lobbied during the next few days to defeat these bills, this is what Californians can expect:

Senate Bill 9 allows up to eight (8) residential units on existing single-family parcels in the entire state of California. Like the Accessory Dwelling Units/granny flats already permitted on these lots, cities could approve the new apartments ministerially (administratively), without public notifications, hearings, written determinations, and appeals. According to Livable California, a grassroots statewide organization opposed to SB 9 and 10, residential units built on these up-zoned lots need not include affordable apartments, yards, garages, or replacement trees.

What is the difference between current land use laws and Senate Bills 9 and 10?

Until now zoning California cities and counties legally adopted zoning laws through mailed public notices, hearings, detailed staff reports, CEQA reviews, City Council votes, and potential appeals. SB 9 and 10 would replace this public process with a secretive one. If the State legislature adopts these bills, investors and contractors could build market housing wherever their bean counters gave the nod, regardless of adopted plans and zoning laws, CEQA reviews, and public comments.

Haven’t these existing laws created a housing shortage that these new laws would address?

These laws might increase the number of mostly vacant expensive apartments, but not the low-priced apartments in short supply. According to the latest version of the UCLA Law School’s Vacancy Report, Los Angeles had 93,500 pre-pandemic (2017) vacant housing units, half of which were “vacation homes, investments, or are otherwise held off the market rather than housing people.” Since 2017 LA’s population has declined by 100,000 people, a major reason why the city’s apartment vacancy rate has grown. 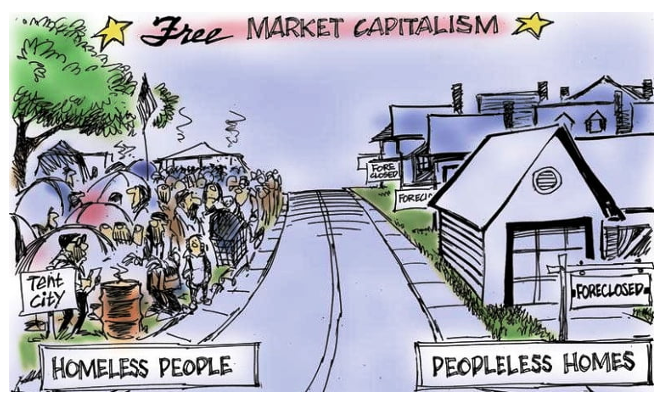 This outcome is extremely unlikely. Developers prefer to invest in the most profitable residential projects: up-scale market apartments and McMansions. Once they are built, these expensive projects lift the prices of nearby apartments and homes. The “law” of supply-and-demand does not apply to housing markets for a simple reason. Investors prefer the elevated profits produced by expensive housing over the financial losses guaranteed when thy build low-priced housing – despite the vast unmet need.

Won’t the construction of expensive housing -- encouraged by SB 9 and 10 -- eventually filter down to produce low-priced housing?

This is a perpetual fact-free claim. No one can identify any originally expensive housing that is now within the financial reach of low-income Angelinos. In Los Angeles, even older and lower-priced homes are part of the housing bubble.

Won’t these laws, as promised by their supporters, reduce homelessness?

No. Senate bills 9 and 10 do not require any affordable rental units in new apartment buildings. Besides, the apartments will be market rate, which means they will be expensive. If a modern fourplex replaced a house, each unit would rent for $5,000 or more per month, far beyond the financial reach of the homeless and overcrowded millennials.

This will only happen if the new apartments are affordable. This means they must be public sector housing, which no longer exists. If they are private-sector housing, they will be expensive. Only the well-off can afford their rents, and this demographic owns cars and/or Ubers. They rarely take a bus or subway.

This is frequently offered as a reason to roll out the red carpet for real estate investors, but it is a myth. In combination, up-zoning and private investment guarantee the construction of expensive apartments, few of which will be near transit stops. Furthermore, proximity to transit lines does not automatically result in increased ridership. In fact, those who can afford the upscale rents of new SB 9 and 10 apartments rarely take transit, even when it is nearby.

California is a blue state, where the Democrats hold a super-majority in the State Legislature. Won’t this protect the public from greedy real estate developers?

The sponsors of these bills are Democrats, who have the support of their Republican colleagues. The opposition to their legislation comes from legislators who have been heavily lobbied by their constituents, despite the deep bipartisan pockets of the high-tech and real estate interests behind this legislation.

If you sell to a developer and then move to Las Vegas, with its cheap housing, you might benefit. But the main beneficiaries will be the real estate developers who bulldoze your former house, divide the lot in two, and then load it up with modern apartments and ADU’s. This is how they will hit the real jackpot – without moving to Las Vegas.

What can I do to help defeat these two bills?

This link allows you to identify your state legislators and suggest points to make in your emails or phone calls to them. The Miracle Mile Residential Association has provided more specific advice to Angelinos. “The phone number for Assemblymember Richard Bloom is 1-310-450-0041. Call now and simply say ‘I oppose Senate bills 9 and 10.’ It's now or never. Tell your legislator to save your home, your neighborhood, your community.”

(Dick Platkin is a former Los Angeles city planner who reports on local planning issues for CityWatch.  He is a board member of United Neighborhoods for Los Angeles (UN4LA) and co-chairs the Greater Fairfax Residents Association. Previous Planning Watch columns are available at the CityWatchLA archives. Please send questions and corrections to [email protected].) Prepped for CityWatch by Linda Abrams.