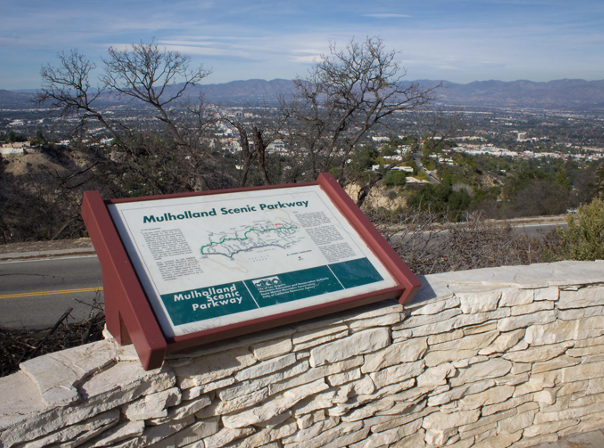 To Mayor Garcetti and Members of the City Council:

United Neighborhoods for Los Angeles (UN4LA) is a community group formed to foster better planning and better government within the County of Los Angeles, and all cities and unincorporated areas contained within the County's borders. UN4LA's goal is to reach out to the diverse communities of Los Angeles County and partner with them on issues of concern. Among UN4LA's primary areas of focus are planning, ethics, governance, and the environment.

We are extremely concerned over the March 30, 2021, memo from Director of Planning Vincent P. Bertoni that exempts projects not visible from Mulholland Drive from review by the Mulholland Design Review Board (MDRB).  We strongly oppose this change which Mr. Bertoni has unilaterally enacted.  Not only does this action conflict with the purpose of the Mulholland Scenic Parkway Specific Plan (MSPSP), but it also conflicts with the City’s stated commitment to sound environmental stewardship.  Mr. Bertoni’s memo also shows an alarming disregard for public participation in decisions that affect the welfare of the citizens of Los Angeles.

Unfortunately, in recent years the area has suffered significant environmental damage due to new development. Large numbers of trees have been removed (including protected species), hillsides have been recklessly carved up, and wildlife habitat has been eroded. In addition, the warmer and drier conditions brought about by climate change have had severe impacts on the hillsides. Together these factors have caused serious stress to the ecosystems within the MSPSP.

The Director of Planning seems oblivious to all of this. He has attempted to justify his Implementation Guidance Memo by incorrectly claiming that the intent of the MSPSP was solely to protect viewsheds, thereby exempting projects not visible from Mulholland from review by the MDRB. It appears that Mr. Bertoni has failed to read all of the Specific Plan’s provisions. Under Section 2, Purposes, the MSPSP includes the following:

This makes it clear that the Plan was intended to do much more than simply protect viewsheds.  In his memo, Mr. Bertoni notes that since the MSPSP was adopted the City and State have taken numerous actions to protect and preserve environmentally sensitive areas. This is true, but inconsistent implementation and a disturbing lack of enforcement have allowed continued degradation of these areas.

It is particularly galling that Mr. Bertoni mentions the California Environmental Quality Act, since during his tenure as Director of Planning the department has increasingly tended to declare projects categorically exempt from CEQA, no matter how serious their actual impacts may be. You can pass all the laws you want, but they don’t mean a thing if government agencies fail to enforce them.

Beyond the specific impacts of Mr. Bertoni’s memo regarding projects within the MSPSP, we are concerned that this action continues a disturbing trend toward vesting more power in Planning Department officials while shutting the public out of the planning process. City Planning is currently preparing the New Zoning Code (NZC), and at the same time updating a number of community plans.  As part of both of these endeavors, the Department has shown its clear intention to reduce the number of required discretionary approvals, allowing a greater number of projects to be processed ministerially.

The Hollywood Community Plan Update would increase the threshold for Site Plan Review from 50 units to 200 units, allowing projects below that revised threshold to receive a ministerial approval.

The NZC hardwires significantly higher density bonusses into the Code, allowing larger projects to be built with less public review. Furthermore, the City Council is on the verge of approving the Processes & Procedures Ordinance, which will give the Director the power to make decisions regarding project adjustments and alternative compliance.

It is clear that City Planning is working hard to increase its own authority. Mr. Bertoni’s unilateral action regarding the MSPSP is just the latest assault in his department’s campaign to increase its power while removing the public from the decision-making process.

As stated above, Mr. Bertoni’s action regarding review of projects within the MSPSP is in conflict with the Plan’s stated purposes. Beyond that, it is yet another example of his department’s embrace of an authoritarian, anti-democratic approach to planning. We urge the City Council to take steps to reverse the Director’s action. If left it place, it will result in the further degradation of ecosystems which have already suffered significant damage.

Thank you for your time.