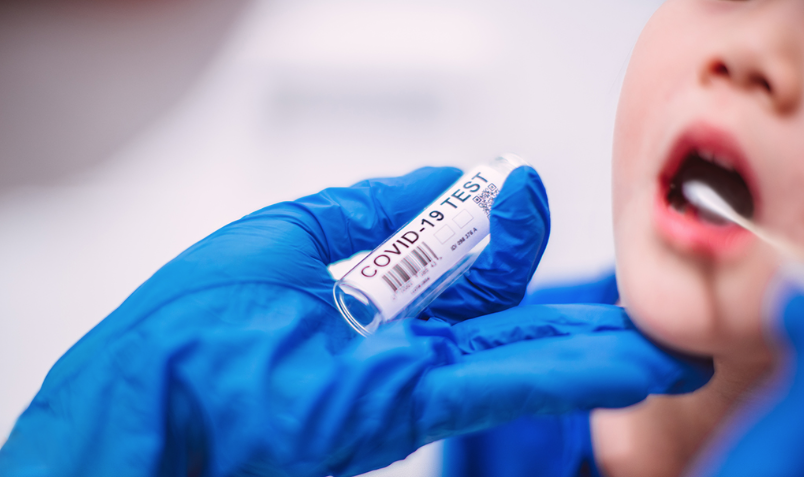 COVID WATCH - It was more than two weeks ago that Dr. Peter Hotez, a nationally recognized vaccinologist, put it in plain language.

The country’s inability to reach desired vaccination levels for adults and kids 12 and over, Hotez said, will accelerate COVID infection rates — “and the ones who will also pay the price … are the little kids who depend on the adults and adolescents to get vaccinated in order to slow or halt transmission.”

For the first time, perhaps, Los Angeles County has begun to see that story play out. In a briefing for the county’s Board of Supervisors this week, public health director Dr. Barbara Ferrer presented statistics that indicate a fivefold increase in a month of COVID case rates for county residents under 12 years old.

The raw numbers are low relative to county residents age 12 to 49 — in the two-week period ending July 18, there were 89 cases per 100,000 people age 0 to 4, and 112 cases per 100,000 age 5 to 11 — and no pediatric COVID deaths were recorded in the county for the period from June 18 to July 18. But the spike in case rates among the very young is precisely what many health experts feared when the county lifted mask restrictions and mostly followed the state’s lead in a broad June 15 reopening.

L.A. County Supervisor Janice Hahn will introduce a motion on Aug. 10 requiring the county’s 100,000-plus employees either to be fully vaccinated or submit to weekly testing.

As of now, no vaccine is approved for use by anyone under 12, making it all the more critical that those around them reduce the risk of transmission. Even so, Ferrer and the Los Angeles County Department of Public Health (LACDPH) waited until July 17 to reinstate a mask mandate in public indoor settings — and the county itself still has not required its workers to become vaccinated.

That may be changing. Capital & Main has learned that L.A. County Supervisor Janice Hahn will introduce a motion on Aug. 10 requiring the county’s 100,000-plus employees either to be fully vaccinated or submit to weekly testing. A spokeswoman for Hahn said the proposal will be modeled after the policy announced this week for state workers and medical professionals by California Gov. Gavin Newsom.

Newsom, facing a recall, has been reluctant to reinstate masking or social distancing requirements in any setting since he declared the state reopened last month. But the rise of the Delta variant, with rates of transmission that may run 50% higher than previous strains, essentially forced the governor’s hand when it came to vaccinating the millions of health and state workers who commonly interact with the public.

Los Angeles County’s issue, with its vast workforce regularly in proximity to those in COVID-vulnerable neighborhoods and communities, is much the same. But Ferrer has never publicly suggested a vaccine mandate for employees, even as cities like San Francisco and New York moved ahead with such policies and more than 600 colleges and universities — including some in L.A. County — are requiring that staff, students or both be fully vaccinated for the fall term.

Hahn’s motion can’t come to the supervisors before Aug. 10 because, despite being in the midst of a countywide health emergency, the board has moved to an every-other-week meeting schedule. It’s a baffling slow play at a time that demands urgent action — not unlike that undertaken by the City of Los Angeles, which quickly announced a vaccinate-or-test policy for its 50,000 municipal workers this week via mayoral order.

While the virus’s effects on children are rarely fatal, health experts are concerned about more than 4,000 cases of multisystem inflammatory syndrome nationally, as well as a rising incidence of long COVID in kids.

Neither Ferrer nor the supervisors have the authority to force residents to take a vaccine, but county employees are another matter — and mandating vaccination or regular testing for more than 100,000 people is a powerful message for the county’s top officials to send.

If a greater sense of urgency is needed to spark action, the spike in pediatric COVID case rates in the county should provide it. While the virus’s effects on children are rarely fatal, health experts say they are concerned about more than 4,000 cases of multisystem inflammatory syndrome nationally (median age 9), as well as a rising incidence of long COVID in kids, which may include respiratory issues, heart problems, memory loss and brain fog, among other things.

Ferrer’s presentation to the board indicated that the hospitalization rate for children age 0 to 4 in Los Angeles County has doubled in a month. Older age groups have seen hospitalization rate increases that are similar or worse — but almost every person in those groups has the option to become vaccinated. The obligation for public health officials is to protect those who cannot protect themselves.

Requiring a vaccine in order to stave off a pandemic is neither new nor particularly controversial in America. Officials often required proof of a smallpox vaccine for anyone trying to enter the country as far back as the late 1800s, and every state currently requires K-12 students to be immunized against some diseases, including measles and mumps.

“There is precedent for vaccine passports, in the sense that if you want to attend school, you need to get immunized. If you want to travel to certain countries, you need to get immunized,” Dr. Bruce Y. Lee, a professor at the City University of New York’s Graduate School of Public Health and Health Policy, told Healthline. “It’s not like these discussions are completely out of the blue.”

They are not — and, increasingly, employers are recognizing that. Upon mandating vaccinations for all workers at Children’s Wisconsin health centers, chief medical officer Mike Gutzeit said, “The best protection for our children from the physical, mental and emotional impacts of COVID-19 is the timely vaccination of the community surrounding them.”

(Mark Kreidler is a California-based writer for Capital & Main, as well as a broadcaster, and the author of three books, including Four Days to Glory.)