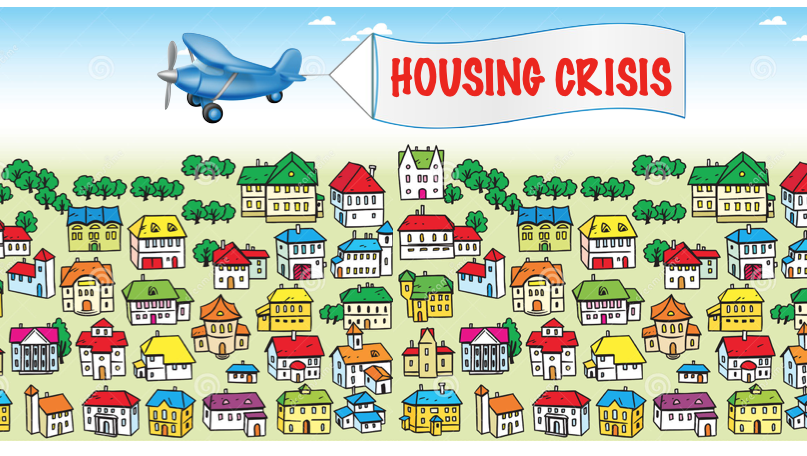 PLANNING WATCH-LA’s draft Housing Element, updated Community Plans, and other up-zoning guidelines and ordinances double-down on LA’s (and other cities) ongoing efforts to solve the housing crisis by promoting the construction of private sector housing.

But these “solutions” have already led to higher housing costs, worsening traffic congestion, and more homelessness, based on a widely repeated but totally bogus myth: The housing crisis results from a lack of supply, so City Halls should deregulate municipal zoning laws to alllow private developers to build more housing, a fix that would solve the housing crisis.

This march of folly continues in plain sight. True, in recent years Los Angeles has approved 163,000 new housing units, as measured by issued building permits, especially in such jobs-rich neighborhoods as the south Valley, Koreatown, Warner Center, DTLA, Miracle Mile, West LA, and Hollywood.  Since investors often pursue zoning waivers and building permits to increase their parcels’ flipping values, a second data source, the Los Angeles Development Map, identifies which permits became completed buildings. If you follow this link, you can see that most major projects are still in the proposal or construction stage.

We also know that these same neighborhoods also have the most homeless encampments – since cause has effects. Some of those dispossessed by new expensive apartment buildings end up living on nearby streets, swelling the ranks of the homeless. 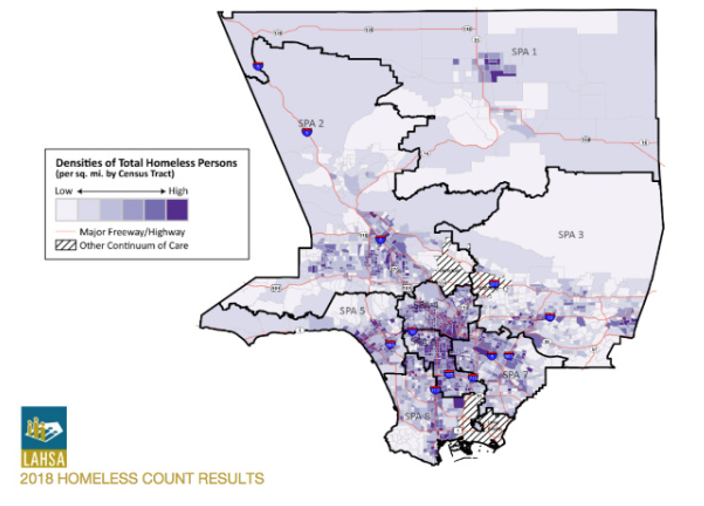 Why is this happening? When investors and contractors build new apartments and McMansions, they opt for market-rate buildings since they are the most profitable. They also contain few if any required low-rent units, with a Department of Building and Safety (LADBS) Certificate of Occupancy and then rented to a Housing and Community Investment Department (HCID vetted low-income tenant. These administrative gaps account for much of LA’s dismal housing trends because City Hall’s housing policies follow and then reinforce market trends. As a result, the supply and cost of expensive apartments increases, along with rising vacancies, homelessness, and traffic congestion. In combination these trends have led to a steady population decline in Los Angeles from 2018 to date, with 50,000 Angelinos leaving the city during in the past year, and about 70,000 over the past four years.

If the construction permitting process is further streamlined, with most discretionary projects automatically approved without notices, hearings, written determinations, and appeals, these ministerial (administrative) “reforms” will not fix the housing crisis. They will make it even worse. In addition to the 27,000 rent stabilized housing units demolished, in the past two decades, even more low-income tenants will be evicted to make way for expensive infill housing. This new market housing will pull up the price of older housing, a reverse filtering process that also increases housing prices.

These trends are already observable in Los Angeles. As private and institutional investment pours into houses and luxury apartments, it lifts property values and accelerates the cost of low-priced housing. If the City Council amends LA’s zoning laws through ordinances appended to the 2021-2029 Housing Element and Community Plan updates, this will lead to increased gentrification. Developers will replace existing lower-priced housing with expensive in-fill housing.

This example makes this abstract process concrete.  If the new 2021-2029 Housing Element’s implementing ordinances permit four-plexes on existing R-1 (Single-family lots), the new apartments would rent for about $6,000 per month. If, instead, the developers sold the apartments as condos, they would cost over $1 million each, an inflated price that further segregates Los Angeles neighborhoods by reinforcing economic inequality.

While up-zoning presents a fantastic financial opportunity to housing investors, it does not mend the worsening housing crisis. In fact, it makes it worse by reducing the amount of remaining rent stabilized low cost housing, increasing the cost of market housing, and placing greater demands on the city’s poorly maintained infrastructure and public services.

But doubling-down on up-zoning is not City Hall’s only effort to repeat its existing housing policies but expect opposite results:

Could policies like these, that make the housing crisis worse, while claiming to make it better, be reversed? Absolutely, but this requires cities and grass-roots advocates to closely monitor housing trends as they unfold, not ignore them because of a baseless belief that private investors are motivated by social goals, not the maximization of their real estate profits.

(Dick Platkin is a former Los Angeles city planner who reports on local planning issues for CityWatch. He serves on the board of United Neighborhoods for Los Angeles (UN4LA) and co-chairs the new Greater Fairfax Residents Association. Previous Planning Watch columns are available at the CityWatchLA archives. Please send questions and corrections to [email protected]) Prepped for CityWatch by Linda Abrams.