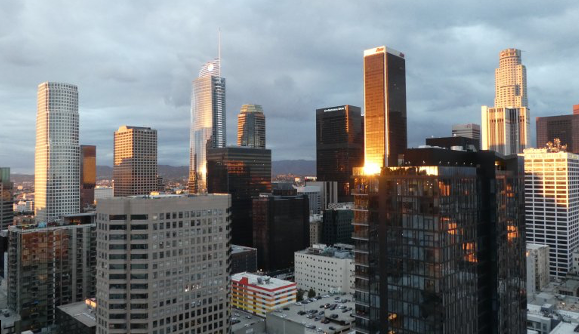 PLANNING SHENANIGANS-The Los Angeles City Planning Commission (CPC) has done some shady things over the years, but it looks like this week they’ll be crossing a whole new set of lines when it comes to evading transparency and thwarting informed public engagement.

Last week, the City published notice of a special meeting of the CPC to take place on Thursday, June 17, at 8:30 a.m. The purpose of the meeting is to take public comment and consider actions related to the Downtown Community Plan and the New Zoning Code. If you’re thinking, “Well, I don’t live in Downtown, so I don’t need to worry about this,” think again. The agenda includes consideration of 16 requested actions, and some of them will impact all of LA.

There are so many things wrong with this special meeting it’s hard to know where to start, but let’s begin with the items that defy common sense. Ordinarily, if a public body were going to recommend approval of a document, you’d think they’d need to review it first. Apparently, that’s not the case with the CPC. One of the requested actions on the agenda is for the Commission to recommend that the City Council certify the Environmental Impact Report (EIR) for the project. There’s just one small problem. The EIR hasn’t been completed yet. The Draft EIR has been published and circulated for public comment, but the Final EIR, which contains the public’s comments and the City’s responses, hasn’t been released yet. But apparently that isn’t going to stop the CPC from recommending approval. Even if the Final EIR were to be published before the meeting, it will likely contain several hundred pages of comments and responses which would take some time to review. But apparently the CPC doesn’t need to consider what the public has to say about the EIR. As far as they’re concerned, it’s good to go.

And it gets even crazier. Number 3 under the agenda’s Requested Actions is the recommendation that City Planning staff “prepare Environmental Impact Report (EIR) Findings, a Statement of Overriding Considerations, and a Mitigation Monitoring Program (MMP).” But if we move down to number 6, it asks the CPC to recommend that the City Council “adopt EIR Findings and a Statement of Overriding Considerations, and adopt a Mitigation Monitoring Program.” So in this case the CPC plans to recommend adoption of documents that haven’t even been prepared yet.

But beyond Downtown, the CPC will be taking action on items that could have huge impacts on the entire City. For years that Department of City Planning has been working on the creation of a New Zoning Code (NZC). There’s no question that the current Code is out of date and needs to be rewritten, but instead of doing a thoughtful rewrite based on sound planning principles, it looks like the NZC is mostly just about up-zoning. A look at the chapter entitled Form shows that under the NZC developers will be able to receive significant increases in density and height by right, in other words, with no notification to stakeholders and no public hearings.

A look at the special meeting agenda shows that number 16 under Requested Actions is “Approve and Recommend that the City Council adopt the New Zoning Code Ordinance to Amend Chapter 1A of the Los Angeles Municipal Code.” One of the more bizarre aspects of this twisted process is that City Planning has combined the preparation of the NZC with the preparation of the Downtown Community Plan.

City Planning staff have repeatedly assured the public that the NZC would only apply to the Downtown Plan Area at this time, but if the City Council follows through on this action, it means the NZC will become part of the LA Municipal Code. The agenda states that some components of the New Zoning Code “could ultimately be used Citywide” but goes to say that it “may only be applied or implemented elsewhere in the City of Los Angeles through the Community Plan update process or other future planning and zoning efforts.” This sounds pretty vague. What are these “other future planning and zoning efforts”? The agenda offers no explanation.

And there are plenty of problems just with the way this special meeting is being handled. In the first place, the Recommendation Report that accompanied the agenda is over 5,000 pages long. Since the agenda was published on June 8, and the meeting takes place on June 17, that means that if you started last Tuesday, you would have had a whole nine days to review the Report. Hopefully, you’re not one of those lazy readers that has a hard time reviewing 500+ pages a day. But even if you do plow through the whole 5,000+ pages and want to submit comments, you’d better make sure you don’t go over ten pages. That’s because the agenda was released the day after the deadline for comments not limited as to volume. If ten pages isn’t enough, don’t worry. The CPC will be taking public comment on the day of the hearing, and they’ll probably give you a whole minute to speak.

The approval of the Downtown Community Plan and the New Zoning Code are both important actions with far-reaching consequences for all of Los Angeles. The issues involved are complex and the documents related to these actions are comprised of thousands of pages. But rather than giving stakeholders adequate opportunity for real participation, the City just wants to wrap up the process as quickly as possible. This isn’t democracy. This is a scam.