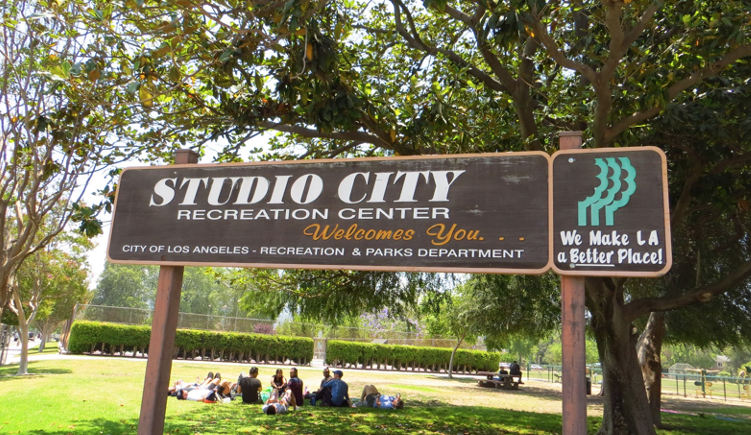 THE CITY-Paul Krekorian the council member from district 2, who has been short-listed by Nury Martinez and Eric Garcetti to possibly step in for the mayor, was greenwashing like crazy at Tuesday's city council meeting.

The mayor had recently told the Los Angeles Times, "it's about making sure that you build coalitions. It’s about trying to get people who are sometimes at odds with each other to move forward together.” True, but honestly, it's about information control.

We're glad that Mr. Krekorian has finally figured out that the plastics industry is built on decades of lies. The circa 2016 slide show he'd arranged for Tuesday about how the green recycling arrows are a lie, was not handled well, but much appreciated.

Still, don't want to greenwash this. . .Prop K does NOT stand for Krekorian!

Prop K was a voter approved ballot initiative to spruce up the parks. But like every such plan the funds are exposed to city departments who have needs that are sometimes in sync with communities, and sometimes the city departments want to take the public's money and pursue city agendas.

It's an extremely heinous offense, given all of the park poor areas in Los Angeles. Almost always the raiding of Proposition K money is done by the more affluent districts.

Neil Drucker who works for Bureau of Engineering (BOE) is mesmerizing as he bullshits his way through the myriad rationales and crazy explanations that would leave even the most attentive activist depleted.

And sorry to upset Mr. Krekorian's possible ascent to mayor from a loyal right-hand man but letting down the children of Studio City who Prop K was intended to benefit here, will never be tolerated.

The “coalition” that deserves the credit is comprised of an elite team of city all stars and. . .local volunteers.

Michael Shull, the GM of Recs and Parks, and his unholy alliance with Mr. Krekorian has resulted in a shocking misapplication of vital parks resources. Nate Hayward also deserves special recognition alongside Jessica Fugate of the councilmember’s office for marching along despite mounting opposition.

But the MVP? It cannot be given to Areen Ibranossian who put Courtney Hamilton into our midst, before jumping to become a lobbyist, who likely represents interests that will somehow benefit if the 35-foot structure ever comes to fruition. It won't.

And though a shameless veteran, MVP cannot be given to Karo Torossian, who has capably presided over a truly shameful local portfolio of degradation.

By sticking Beth Dymond of the Studio City Residents Association (who honors the underperforming staffers in your office) and Tamar Galatzan's brother and Lisa Karadjian onto the LVNOC Local Volunteer Neighborhood Oversight Committee, you made the right move.

Rita Villa and the Studio City Neighborhood Council under John T. Walker will forever be credited with ignoring multiple crisp requests for outreach and information about the horrifying sneaky game plan.

"Under the radar" could have been the title of John T. Walker's book. He once told me, "We're effective because we are organized."

Effective at keeping the locals quiet.

Kudos to Lara Koraian the newest member of the fifteen seat Studio City Neighborhood Council. She ran unopposed with no bio or picture or frankly any evidence or support of the fact that she was really running.

She'll do a great job.

And she did receive 129 votes, which is more than Adam Summer, a trainer app-developer, who was spotted recently at Beeman park working out.

When he served as the outreach chair, people were stunned at his ineffectiveness. When he was updated about one of the last prop 68 funding meetings for the giant unwanted city structure in our open space park, he could not see a way to promote it: "I don’t think there is a great way to share this info. I think we could present at a board meeting."

There it is. Not his job. at away requests by the suggestion that it be put on a neighborhood board agenda!  But who agendizes the meetings? The President, so. . ."No Sale." John T. Walker (declined) Welvang (declined). . .they all get in line with Krekorian.

Randy Fried, the most egregious of all the presidents in all the neighborhood, rose to power nuzzling with Krekorian and Mike Feuer and Ron Galperin at a National Night Out Picnic, right on the LAND in Studio City where they've been scheming to stick the oversized $16,000,000 million dollar (up from $3 million) LAX style gymnasium on the grassy part of our neighborhood park.

But there isn't enough disappearing ink and backroom shuffling to hide the paper trail on this one.

The residents always deserved a side-by-side comparison of the plans for this allegedly voter-approved plan: Construct Modern Gym, Community Center, Landscaping and Irrigation

We tried. . .but thanks to the Friends of Krekorian. . .nobody knows.

If you happen to care about it in Studio City please consider joining Beth Dymond (of SCRA), Lisa Karadjian (of SCNC) as well as Jon Galatzan, Paul Matloff and Bruce Thomas the other Local Volunteer Neighborhood Oversight Committee (LVNOC) members who have been tasked with making recommendations regarding a voter-approved Prop K upgrade to the Studio City Recreation center. [Beeman]

The committee needs guidance from the public. So, it is essential that we spread the word about the one-hour meeting at 6:00 pm on Thursday July 20, 2017 about one of Studio City's most important assets. The Park is managed by Parks and Recs but the Prop K project upgrade is being managed by the Department of Public Works, Bureau of Engineering.

One scheme currently being considered by the Engineers with very limited public input, is to put a significantly larger new building out on the field, adjacent to the site of the current building. Nothing has been finalized or approved and the LVNOC wants to hear all points of view in this important discussion.

Once drawings and plans are made available from the Bureau or Department we will send links.

Will there be a grand jury to uproot where all the Prop K money already spent went?

Check all these consultant invoices.

As the mayor said, “I won’t speculate on something that‘s been speculative."