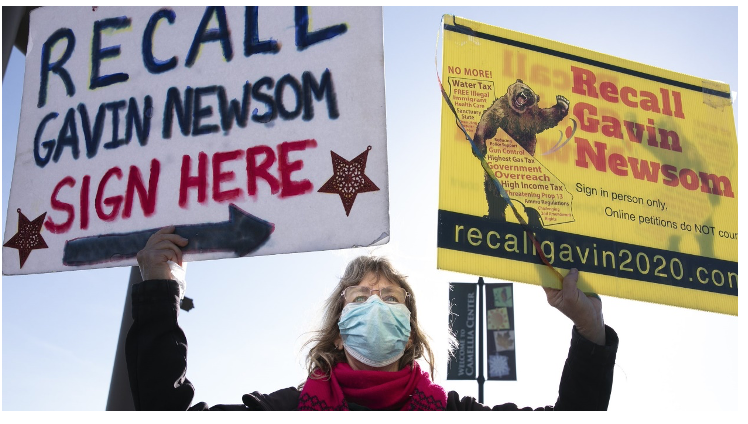 RANTZ & RAVEZ-The State of California and City of Los Angeles suddenly discover that millions upon millions of dollars are available after claiming a lack of funds for essential state and municipal services performed by government employees.

Who do the Elected and Appointed Officials think they are fooling this time around? Are Californians and Angelenos that gullible to believe that millions of dollars will suddenly appear and fill government treasuries that were nearly empty a few months ago?

Governor Newsom has been leading the shrinking state population during some troubling times. As California’s populace has fled with thousands of businesses and families relocating to other states across the land, due to a variety of quality of life and economic reasons and the California economy has taken a huge hit. Businesses have closed and COVID-19 has struck and killed huge numbers of California residents. Nationally, it is estimated there have been over 32,753,426 COVID-19 cases with deaths reaching over 582,769, at last report.

COVID-19 is finally under control with fewer people getting sick; effective vaccines have been developed and are saving lives along with the misery associated with the deadly illness. Our roads are once again becoming congested with traffic. Local businesses are opening again, including restaurants and sports facilities attracting crowds that have emerged from their homes to engage in community activities with people wearing masks.

It is anticipated that the mandatory mask rules will be removed in a few weeks -- a relief for many of us who are not comfortable wearing them. Just think of walking into a bank before the Pandemic. If you had walked into a bank wearing a mask, the police would have been called, and you would have been suspected of being a 211 (police talk) or robbery suspect. Interesting how we adjust to the changing times in our mostly law-abiding society.

While I am on the subject of Police and the Law, here are the latest LAPD Citywide Crime Stats as of May 8, 2021:

Homicides are up +30.9% with 123 people killed in LA since Jan 1. The total number of homicides last year reached a record 10-year high of 350. Keep this number in mind as we continue moving forward this year with fewer LAPD Officers (9519) and more convicted felons being released from state prisons as the months pass.

Getting back to my main topic of Governor Newsom and the various state funding sources that have recently appeared on the radar to help convince or bribe you to reject the RECALL against him and let him continue his failed leadership. Remember that every dollar the Federal, State, or local government provides for any and all services comes from each of us in the form of a tax or fee from a variety of sources. Like my mom told me more than once, money does not grow on trees. We are all required to pay taxes and fees in more ways than I can explain. The bottom line is while the government prints the money, we are the ones that keep it moving with a variety of taxes that are used for all aspects of government services.

Here are some examples of what Governor Newsom has in his hidden bag of money tricks.  Remember, we thought the state was in a dire financial situation until the RECALL petitions were validated and POP here comes the magic money from Governor Newsom. Don’t fall for the Newsom trick.

The staggering number – billions -- of dollars go on and on. My question is a simple one. What has taken so long for Governor Newsom to address the out-of-control crisis impacting California? While the money is there, the history of success is dismal when it comes to addressing the assorted problems associated with the state. It’s time to Recall Governor Newsom and elect someone who can turn California around and return it to the Golden State it once was.

The City of Los Angeles is concluding its annual budget. I will address the Los Angeles City Mayor and finances in my next RantZ and RaveZ. Stay tuned.