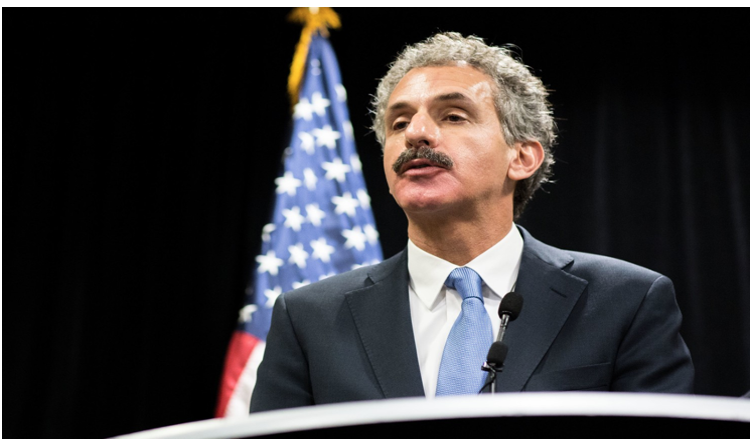 NEIGHBORHOOD POLITICS-The last few years have been difficult for the Office of the City Attorney (OCA) headed by Mike Feuer, as evidenced by a series of embarrassing and ethically challenged developments that also, directly or indirectly, have a potentially serious impact on the City’s budget.

In 2015, after a new billing system implemented by the Department of Water and Power (DWP) resulted in overcharges to many DWP customers, DWP customers filed a class action lawsuit against the City of Los Angeles arising out of the problems with the billing system. The lead plaintiff in this lawsuit was Antwon Jones, a Van Nuys resident. In July 2017, the City reached a $67 million settlement of that case.

Concurrently, the City filed a lawsuit against PricewaterhouseCoopers (PWC), alleging that the consulting firm had been responsible for the billing system glitches. As the responsible attorney for the City in most civil matters brought both by and against the City, the OCA was involved in supervising both matters.

In the course of PWC’s defense to the lawsuit brought against it by the City, PWC discovered evidence in 2019 that the City’s class action lawsuit against the DWP had been compromised. An attorney named Paul Paradis had been retained by the OCA to work as special counsel in the lawsuit against PWC. PWC discovered that this same Paul Paradis was also the lawyer who contacted Antwon Jones to be the lead plaintiff in the class action suit, but Paradis had never disclosed that relationship to the court. Other attorneys appeared in court for Jones – not Paradis.

In short, Paradis’s involvement in that lawsuit – an obvious conflict of interest in that he had both been representing someone making a claim against the City and at the same time representing the City in related lawsuits arising out of the same set of facts – had been covered up.

Representatives of the OCA denied that the City and Mr. Feuer were involved in or aware of this alleged scheme and pointed the finger of blame at two outside attorneys the City had hired: Paradis and another attorney named Paul Kiesel. However, the problem with this is that Kiesel is a former President of the Los Angeles County Bar Association and is highly regarded in the profession.

Attorneys who are ethically compromised ordinarily do not get to be presidents of the largest county bar association in the world. Kiesel has denied wrongdoing and contended that his work was done at the express direction of the OCA, which the OCA has denied.

Paradis, for his part, received contracts, including a $30 million no-bid contract, from the City to allegedly fix the billing system, over the strong objections of City employees. This raised the possibility – at least – that he had received either a bribe or a reward from the City for what appears to be a clear conflict of interest.

This unsavory set of facts obviously causes an ethical problem for the OCA. Representatives of the OCA denied that the OCA was involved with or aware of the alleged fraudulent scheme. This raises a conundrum for the OCA – if responsible officials in the OCA in fact weren’t aware of this, why weren’t they? Why did they not have sufficient checks and balances in place to spot what the attorneys for PWC were quick to see?

In June 2019, the judge handling the PWC lawsuit, the Hon. Elihu Berle, appointed a former federal prosecutor, Edward Robbins, to investigate the settlement, the contracts awarded to Paradis, and payments made to the attorneys. Judge Berle said at a hearing earlier in 2019 that PWC “has presented sufficient evidence to establish a prima facie case of fraud by the city and its counsel.”

In July 2019, the FBI raided the OCA and the DWP, seeking information relating to the billing litigation. At the time, representatives of the U.S. Attorney’s Office said that an investigation was ongoing. At the time this article is being written, no results of that investigation have yet been announced.

The City dropped the lawsuit against PWC in September 2019.

In November 2019, Robbins found that ethical violations and fraud were committed by unnamed attorneys in the class action case.

In June 2020, PWC’s attorneys said that they would seek at least $8 million in sanctions against the City for the “obstructionist discovery tactics” in which PWC alleged the OCA had engaged to “hide its wrongdoing.” On October 6, 2020, the L.A. Superior Court ordered the City to pay a $2.5 million fine, stating that there had been “serious abuse of discovery by the city and its counsel” in the DWP case, which merited “considerable sanctions.”

This is an extremely high and very unusual sanction which must now be paid by the taxpayers.

A few days after this ruling, it was disclosed that an attorney who had helped oversee the settlement of the class action case, Jim Clark, left the OCA several weeks earlier. The Los Angeles Times said in its article about this attorney’s resignation: “City Hall remains under a cloud of suspicion after questions about the city’s handling of two lawsuits that emerged from billing problems at the DWP.”  Another attorney who was involved in the case, Thom Peters, left the office in 2019.

Subsequently, on December 21, 2020, Antwon Jones filed a lawsuit against the City, Feuer, Clark, and Peters contending that the City had used him as a “pawn,” had conspired with Paradis to obtain a collusive settlement by soliciting him to be a plaintiff and had committed fraud on the court. The Jones lawsuit alleges violations of civil rights and waste of taxpayer funds by the City.

The suit asks the court to, among other things, order Feuer, Clark, and Peters to reimburse the City for “illegal and wasteful expenditures of public funds,” including the cost of a $176,000.00 taxpayer-funded ethics review sought by Feuer after PWC made its allegations of fraud.

Another DWP customer, Dennis Bradshaw, also sued the City in 2019 alleging that the City colluded with Jones’s attorneys to deprive class members of their rights against DWP.

While these facts may be bad for Mr. Feuer’s anticipated mayoral run and unhelpful for the career aspirations of the OCA’s attorneys, they also have a potentially detrimental impact on the City budget.  The OCA is, or should be, the bulwark against the flood of liability claims that are annually made against the City and that usually are paid out of the City’s General Fund (i.e., taxpayer money). The OCA not only handles such claims and the lawsuits that result from them, but also must recommend to the City Council which lawsuits to take to trial and which to settle.

In the 2017-18 fiscal year, the City paid out about $200 million in settlements and judgments, more than the City spent on its libraries or fixing its streets. This included 30 settlements of $1 million or more.

The surging cost of legal payouts in recent years – much higher than in years past -- has been a drain on the City budget. While no one is contending that the OCA can single-handedly reverse this trend, and seasoned litigators understand that decisions whether to try or settle a case can be very difficult, the tarnished reputation of the OCA cannot help this situation. The OCA should be defending the City against claims, not adding to them.

The OCA must strive to re-establish its credibility and reputation as a public law firm with integrity to rebuild its standing with the court, with potential claimants who may be encouraged to file liability claims as a result of this bad publicity, and with potential juries (readers of the news reports) who will have the right to determine City liability going forward.

(Carol Newman in a member of the Budget Advocates, an elected, all volunteer, independent advisory body charged with making constructive recommendations to the Mayor and the City Council regarding the Budget, and to City Departments on ways to improve their operations, and with obtaining input, updating and educating all Angelenos on the City’s fiscal management.) Photo: Branden Camp / Associated Press. Prepped for CityWatch by Linda Abrams.