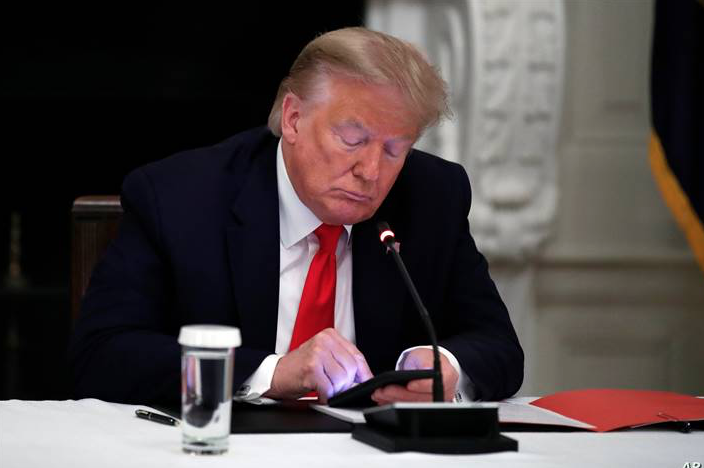 VIEW FROM HERE--When the Mad Tweeter was assaulting us each morning with his insane rantings, we never got around to discussing macro-economics and the national welfare.

Now that calmness has returned to the White House, we can examine how to “secure the blessings of liberty” and “promote the common welfare.”

For those of us who have forgotten that our nation does have some specific goals, let’s look at the Preamble to the US Constitution. Among other objectives, our national purposes include: “establish Justice, promote the general Welfare, and secure the Blessings of Liberty to ourselves and our Posterity.”  The federal government’s economic polices need address all three.

Transferring wealth from the people in general to the 1% is not one of our national purposes. In fact, when wealth flows upwards rather than allowing individuals to use their liberty to increase their happiness, the nation is on the wrong path.  While the Declaration of Independence recognizes the right of the people to abolish such a government, it does not mandate abolition.

The General Welfare and Securing Liberty Go Hand in Hand

Rather than continuing to be a predatory nation where the judicial system rapes the minorities and the poor and where the 1% seizes a disproportionate share of our productivity, we need to return to our original purposes.  There are certain economic tools which can restore us to the proper track.

Unions are essential because a major function of the government is to protect the Price System.  Under both Adam Smith and Lord Keynes, the government has a duty to make certain that the Price System represents the actual value of each commodity and each service.  There can be no meeting of the minds for the value of labor when the bargaining power between the individual worker is pitted against the owner. The only mechanism to make certain that owners do not destroy the Price System for labor is a strong Union Movement.  A Living Wage is way too low to secure the Blessings of Liberty since a Living Wage means an inch above poverty.  No, socialism is not the remedy.

The mentality of the Right to Work states is the same as if prize fighting had no weight classes. In Right to Work states, the 110 lb guy has to fight the 280 lb thug.  Smith and Keynes oppose predators’ raping the weak.  Workers have the inalienable right of liberty to organize. Thus, state laws to the contrary should be unconstitutional.

Although the poor did not write the Declaration and the US Constitution, both documents promote each individual’s inalienable rights. Being subjugated to the predatory abuse of others was not the founding fathers’ intention.  Black Lives Matter hit the nail on the head about the need for systemic reform.  Everything in the Declaration and the Constitution support justice, liberty and prosperity for each individual and nothing supports abusive institutions.  To paraphrase Robert Frost, “We have promises to keep, and miles to go before we sleep.”  Colin Kaepernick recapitulated Robert Frost by taking a knee.

(A) The government is not a business!

Anyone who says that the federal government should be run like a business is clueless about the government’s proper function.  Businesses are subject to the booms and busts of the business cycle; the government’s job is to replace the up down cycle with advancing prosperity.  (That is not accomplished by a balanced budget.)

(B) The deficit and the debt are neither good nor bad.

Most Americans do not know the difference between “deficit” and “debt,” and they falsely believe that both are bad. (John Oliver explains it better than I.)  People who make an analogy to their personal finances advocate ruinous policies for federal government.  Some people claim that the federal debt should not exceed the federal government’s annual income, yet their family has a mortgage debt which vastly exceeds its annual income.  People end up saying nonsense things because they are bombarded with economic lies from both the right and left.

Debt and deficits tend to be good when they lead to more productivity, but bad when they do not result in wealth creation. (So-called “welfare” programs tend to increase national prosperity.)

To cater to the national ignorance in macro-economics even Joe Biden engages in NonsenseSpeak about how to pay for his Infrastructure.  I am certain Biden winces each time he says such an inanity, but when addressing knaves and fools one tends to use NonsenseSpeak.  I prefer Biden would not do it.  The question “How will we pay for it”” is based on a repudiation of macro-economics.  When the government spends wisely, wealth increases. It is a counter-productive to look for cuts in current spending to offset the spending on infrastructure.

If, however, the government already has tons of cash sitting around doing nothing, then it is foolish not to spend that cash to improve the country.  The Trump tax cuts on high income individuals essentially took government funds and hid them in the bank accounts of the super wealthy.  Thus, higher taxes on high income individuals makes sense. The government is merely clawing back funds which never should have gone to the super wealthy.

Before we get carried away with soaking the rich, let’s mention two things:

(1) Only an unjust, predatory system would have allowed so much wealth to accumulate at the top. Taxing that wealth does not rectify the structural flaws against which BLM fights.