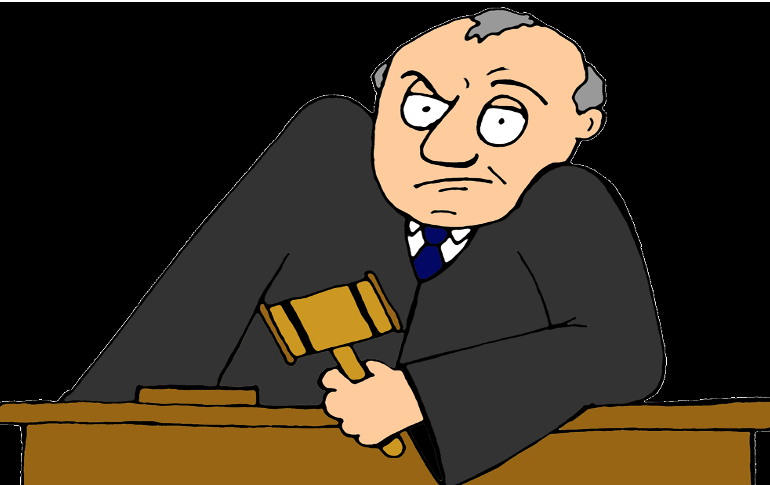 GETTING ON THE BALLOT-Georgia is the new Florida, but California is ole Miss. Ken Chenault, the former CEO of American Express, was one of the Black executives who organized a public letter opposing the Georgia law.

“There is no middle ground here,” he said. “You either are for more people voting, or you want to suppress the vote.”

The County Board of Supervisors, which promotes the vote, as long as it is for them, had an item on Tuesday's agenda submitted by Supervisors Solis and Sheila Kuehl: a Recommendation calling for immediate Advocacy and a five-signature letter for more State Election Resources, stat!

Dean Logan, who was the beleaguered, but after flushing Trump became the beloved registrar-recorder, is the poster boy for accuracy and integrity -- though, it still costs nearly $50,000 for a bilingual candidate statement in the countywide voters’ guide.

We Want to Hear from You (Not You!)

Senator Padilla, the Secretary of State at the time, but now Senator from California, had come to Studio City, his old stomping grounds.

It's 100% inconceivable that he was unaware of the various election squabbles in Studio City, but just to be absolutely sure, I cornered him at our neighborhood council meeting and demanded an investigation into the City Clerk's signature validation process in CD2.

I'm one and done for COVID but have still not been vaccinated from saying stuff is "unconstitutional" when what I really mean is, I don't like it and think it is wrongheaded and needs to change. It's a rhetorical sleight of hand.

Election code 105, the way it is being deployed in Los Angeles, seems unconstitutional. Getting 500 qualifying ballot signatures in 25 days over Thanksgiving is about money, not equity.

But apparently, if you believe the City Attorney, and I do from time to time, the courts have upheld far more stringent signature requirements both in California and across the country.

The Ninth Circuit recently upheld a much, much more stringent signature requirement to qualify for the ballot. The constitutionality and legality of that has been litigated and upheld. De La Fuente versus Padilla from July 2019, Ninth Circuit, unanimous.

Even the LA Times had noticed that Signature-gathering had stymied some LA candidates. 35% of candidates being invalidated by the incumbents’ clerk demonstrated a substantial trend reversal.  Less people were getting through:

My recollection is that the LA Times drew no conclusion.

On a personal note, it was a real gut-punch.

As other candidates not focused on fundraising, I'd spent a lot of time during the roughly twenty-five days over thanksgiving holiday at Fryman Canyon and the Westfield Mall gathering signatures for my nomination. I'll elaborate on that rewarding process in another article.

Your honor, may I approach the bench? No, Mr. Preven

I made my way down to Department 86, holiday home to the Hon. Mitchell l. Beckloff.

I opened my moving testimony with a request for Strefan Fauble, the City Attorney, who sat in the front row, to leave. It seemed to me the man was on the wrong item.

Mr. Preven: “But the record does reflect that Strefan Fauble, an attorney who represents Paul Krekorian regularly, personal attorney for these guys at the city council who are desperately trying to cleanse off the ballot people like myself who are critics, watchdogs and who have, at your request, sir, rebutted the presumption of regularity, is present.”

The City Attorneys do not like dealing with pro per litigants.

The Judges, who are obsessed with giving justice, I find, adore the public. Sort of.

Valerie Flores, a deputy city attorney, who was as excited as the rest of us to be there on Christmas eve morning, clarified: "As the court had said at the last hearing, if Mr. Preven is alleging there has been some kind of pattern or conduct or he takes issue with the system-wide setup of voter registration files held or maintained or with how nominating petitions are handled, that is not something to take up on an election writ on an expedited basis."

I lectured the Court: "This case began as a challenge to the ballot under the appropriate code section, and then Your Honor immediately identified that there were two issues: the sufficiency of the signatures and some other very serious allegations."

Those issues have to do with voters' rights and the electors which, in California and across country today, are being improved. For first time ever, people are being admitted for same-day registration in California. There are more voting centers than ever before.

We are laying out ramps of access -- it's a miracle and it's wonderful -- and it's because of the voters' rights act that years ago made it clear that jurisdictions with incumbencies of a particular type or shape were using their power to prohibit the electors from participation.

I told the Judge that when I had asked the City Clerk to see the notations on the petitions, he told me, "We are going to cover the information that you are not allowed to see."

I was astonished. "So, you are not going to allow me to look at the information on the petitions." This was a stack of 30 or so petition sheets with room for 20 signatures each, that I had personally submitted.

How much is enough?

Whereas other jurisdictions across the country from the congressional candidates who require 40 signatures, county supervisors who require only 40 signatures, Judges of the Superior Court in LA county, like Beckloff, only require 20 signatures, in order to have a sufficient number of signatures to be nominated to the LA City Council ballot, the number is 500.

The 500-signature requirement for nominating petitions goes back to at least the 1925 Charter. It placed on Special Election Ballot on March 2002 (Charter Amendment R) and went into effect 2003.

In Los Angeles, the City Council has its own clerk doing the verification of these signatures in a completely opaque process. There is no due process in this system.

I told Judge Beckloff, "I do not stand before you pleading that I am a minority who has been wronged in some way. But there are minorities in CD 8 who -- none of them were able to make the ballot -- and this is exactly why the voters' rights act was enacted and reenacted.”

I was demonstrating for the Judge, that over 200 electors in LA County were completely dismissed by a series of city clerks who would not show their work, who submitted irregularity all over the place which, “. . .you, Your Honor, with all due respect -- you were not feeling well -- simply took as face value."

The Court:  “Mr. Preven, I'm going to interrupt you. I felt fine. There is absolutely no evidence that I had any problems with my mentation or my physical capacity.

The Court: “You've said that since the hearing on the writ petition when you appeared here in -- for example, in your papers today -- you comment throughout about an alleged illness that I was suffering from, which is just I said in a footnote, absolutely untrue.”

I felt I had not received a fair trial on December 24, because the hearing had been prematurely truncated by the Court's apparent medical condition.

Why was an election matter on a stipulated tight deadline, assigned to a Judge, who was pre-scheduled to be out on medical leave for an entire Court Day, during a tight holiday period?

There should be a charter amendment to lower the signature requirement, so Judge Beckloff can get some rest.

(Eric Preven is a community activist and lives in Los Angeles. He is a CityWatch contributor. Views expressed are not necessarily those of CityWatch or CityWatch writers.) Edited for CityWatch by Linda Abrams.