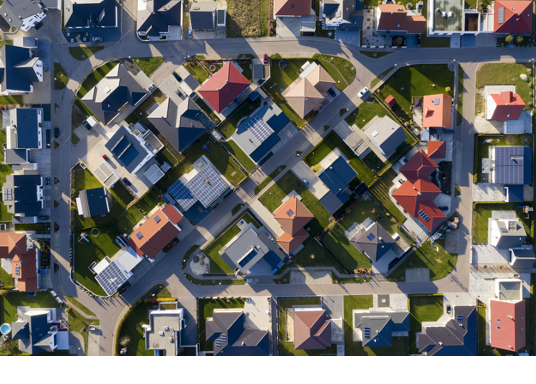 NEW GEOGRAPHY-America’s political culture has been shaped by its rural and urban environments, each of which tends to be dominated by one party. Urban Republicans are now as rare as rural Democrats.

Yet the political future of the country lies in the suburban and exurban rings that dominate every metropolitan region. These voters are made up predominately neither of woke city hipsters nor gun-toting rubes, the stereotypes that dominate our competing cultural memes. The suburbs are the last contestable geography in the country.

Since 1950, suburban population growth has expanded more than ten times faster than core cities. Overall, suburb-dwellers account for more than half the population of the country, and 90 percent of the overall population of metropolitan America. Over the past decade, they have accounted for well over four-fifths of all new job growth (and the vast majority of all new patents). As one political analyst put it, “Suburbs are the new Florida.”

These trends were expanding before the pandemic, but as realtors attest, Covid has accelerated city residents’ movement to suburbs. Manhattan and San Francisco rents have been falling some, but prices in the periphery have been rising. A new national poll from the Los Angeles Times and Reality Check Insights, held after the November 2020 election, found that most residents of big cities want to relocate.

The American Enterprise Institute has found that less dense areas are now growing much faster than denser ones. Critically, millennials, once seen as drawn to urban lifestyles, were already ditching the big city before the pandemic, notes Brookings. A May Zillow survey suggests “space seekers” are leading the charge—millennials and younger Americans, according to Gallup and others, who want to get married and have children, and are following the widely dissed home preference patterns of their parents in order to do so.

Suburbs are also becoming more reflective of the nation’s ethnic diversity. In the 1960s and 1970s suburbs were considered largely white enclaves; but during the past decade, notes Brookings’ Bill Frey, the percentage of suburbanites living in predominantly white suburbs fell from 51 percent to 39 percent. More than a third of the 13.3 million new suburbanites between 2000 and 2010 were Hispanic, with whites accounting for a mere fifth of suburban growth in that same period. African Americans have been steadily moving from inner cities, where many middle income areas have declined due to economic collapse, crime or, in some cases, gentrification. Today, in the 50 largest U.S. metropolitan areas, 44 percent of residents live in racially and ethnically diverse suburbs, ranging from 20 percent to 60 percent non-white.

Besides their numerical importance in elections, suburbs are the last redoubts of competitive politics. Both rural America and the core city have become increasingly dominated by political extremes. This does not mean there are no progressives in small towns, or Republicans in big cities, but voting patterns have become more lopsided.

Republicans now totally dominate the politics of small towns and rural areas. Yet as recently as 2008 Barack Obama won nearly one quarter of the country’s non-metro counties; eight years later, Hillary Clinton won barely ten percent. Last year, rural and small-town voters supported Donald Trump by a remarkable 47 percentage points, well above the 30 percent margin for John McCain eight years earlier. Pockets of past rural liberal populism, like Montana and North Dakota, are becoming crimson red. The biggest exceptions are found in “amenity” areas, such as Vermont, that draw on metropolitan refugees. Sixty of the seventy most rural districts nationwide are represented by Republicans.

Cities, largely devoid of Republicans, have undergone an equally thorough transformation. Less than three decades ago the nation’s two largest cities, New York and Los Angeles, were governed by Republicans while Houston, Philadelphia, and Denver were run by business-oriented Democrats. Now big cities are dominated increasingly by left wing progressives. They produce few Republican elected officials and vanishingly few congresspeople. By one recent account, only one of the 34 most urban Congressional districts is represented by a Republican.

Given the shift in cities and rural areas, national electoral victory can only be had by winning in the suburbs, where even a percentage point or two can make or break a candidate. Bill Clinton’s success was in large part due to his appeal in key suburban areas, particularly in the Midwest and Northeast, that had previously supported Ronald Reagan. In 2008, with many suburban mortgages underwater from the financial crisis, Barack Obama won the suburban vote, and the election.

In 2016 the suburbs turned, as rising discontent and a flattening economy helped Trump outpoll Hillary Clinton among suburban voters by four points, two points better than Romney four earlier. But in 2018, suburban voters, reacting to Trump’s erratic behavior, shifted again, with 52 percent favoring the Democrats. Some 38 out of the 41 districts taken from Republicans that year were suburban. Two years later, the suburbs slightly favored Biden, providing a key margin in swing states.

Biden consciously targeted, notes Democratic pollster Stan Greenberg, suburban and exurban voters, including those deemed “Biden Republicans.” However, it is hard to derive trends from these numbers. In 2020, Trump Republicans running for Congress did surprisingly well in the suburbs, even those won by Biden at the top of the ticket.

The question national candidates face is determining what suburban voters want and how to reach them. One view, adopted by pollsters working with Bloomberg, holds that suburban voters are just as partisan as their city and country counterparts, but the mix of red and blue voters is more evenly distributed.

These patterns persist across age groups. Roughly one-quarter of 18 to 29-year-olds in the suburbs declare themselves liberal, with 9 percent conservative; thus, roughly two in three are either moderate or have no stated ideology. As for suburbanites 60 and older, 14 percent are liberal, and 20 percent are conservative -- but these differences are dwarfed by the 66 percent who are not on the extremes. Clearly, the suburbs remain ideologically diverse, and thus will remain up for grabs politically.

Some democrats think that as millennials and minorities come to dominate suburbs, they will come to resemble cities in their voting patterns. And to be sure, many suburban voters do not react as well as their country cousins to Trumpism’s xenophobic tinge. His perceived nativism was widely associated with 2018 Republican losses in places like northern Virginia, Orange County, California, which is over half Hispanic and Asian, or the diverse Texas suburbs such as Fort Bend County outside Houston.

But Democratic manifest destiny is far from assured. Last year, some suburban districts shifted back to the GOP. Some of this may reflect a reaction to the disorders following the death of George Floyd, calls for “defunding the police,” and reduced enforcement of property and other crimes. In places like formerly red Orange County, Biden won by a decisive margin, 53 to 44, but voters also unseated two Democrats by Asian Republicans.

The increasing diversity of suburbs could prove a two-edged sword for Democrats. In 2020 Trump, whom they routinely characterized as a white nationalist, won a growing share of Latino voters and other minorities, as did Republican candidates down ticket. It turns out that many non-white suburbanites are more culturally and economically conservative than their age or skin color might suggest to progressive ideologues. In now-purple Orange County, many of the same voters who backed Biden rejected a measure to raise property taxes on businesses by roughly 20 points.

Most critical, however, may have been the Asian reaction to a proposed measure to reinstate racial preferences for schools and jobs, which heavily Asian Orange County voted against nearly two-to-one, despite near unanimous support by Democratic officeholders and members of the progressive gentry. The measure did poorly elsewhere, trailing also in the fastest growing parts of the state, and was crushed in the heavily Hispanic Inland Empire and the Central Valley, as well as in the outer suburbs of the Bay Area.

What neither party has developed is an agenda to win the suburbs, beyond appealing to voter fears about immigration, white nationalists, or crime. Part of the problem is structural: though suburbs vastly outnumber the residents of traditional cities, there is no suburban equivalent to the National Council of Mayors and virtually all major media outlets -- television, print, periodical -- reflect a distinctly big-city worldview, primarily that of New York and Washington. Hollywood, now a primary generator of woke values, remains ensconced in Los Angeles, while the tech oligarchy has clustered around ultra-liberal Seattle and San Francisco.

Suburbanites can be very liberal on issues such as guns or environmental concerns, but they also desire to preserve their way of life. Safety is a key appeal of suburbs -- big cities still have by far the highest crime rates -- and most have experienced a sharp uptick over the past year.

Over the coming months, Biden’s environmental focus could appeal to some suburban voters, many of whom are passionate about preserving open space. But he may also be plagued by his apparent willingness to adopt the left-agenda demanded by his core urban constituency. During Obama’s second term,  the Department of Housing and Urban Development suggested imposing residential density and low-income housing on suburbs, even without any evidence of real discrimination. Progressives in California, Oregon, and Minnesota have all pushed bans on single family zoning, which many on the progressive left regularly attack as racist and unecological.

Much of the media, as well as the planning and academic clerisy, has little appreciation for what drives suburban migration -- factors like greater affordability, more space, better schools, or less crime. Even suburbanites who may be somewhat “woke” on issues of the environment, race, or gender, still have economic and family interests, and prefer to control their own communities. A recent Rasmussen poll found that close to 80 percent of adult Americans oppose the idea of letting Washington control local zoning.

Ultimately, the drive for forced density, notes Mother Jones’ Kevin Drum, could prove “political suicide” for the Democrats. “The whole point of living in the suburbs is that it’s not the big city,“ he suggests. “This means that trying to convince suburbanites to become more like big cities is simply hopeless. They will fight you in the streets, fight you in the fields, fight you on the beaches, etc. They will never surrender.”

In the end, the suburban interest must be served by its political masters, or they will overturn them, as they have done for generations, with little regard to ideology or party affiliation. Democrats who seek to undermine this way of life could pay dearly in 2022. A smart political party cannot win over time if it seeks to engineer society contrary to the way most Americans prefer to live and where the political fate of the nation will ultimately be decided.

(Joel Kotkin is the author of The Coming of Neo-Feudalism: A Warning to the Global Middle Class. He is the Presidential Fellow in Urban Futures at Chapman University and Executive Director for Urban Reform Institute. Learn more at joelkotkin.com and follow him on Twitter @joelkotkin. This was first posted at American Mind.) Prepped for CityWatch by Linda Abrams.