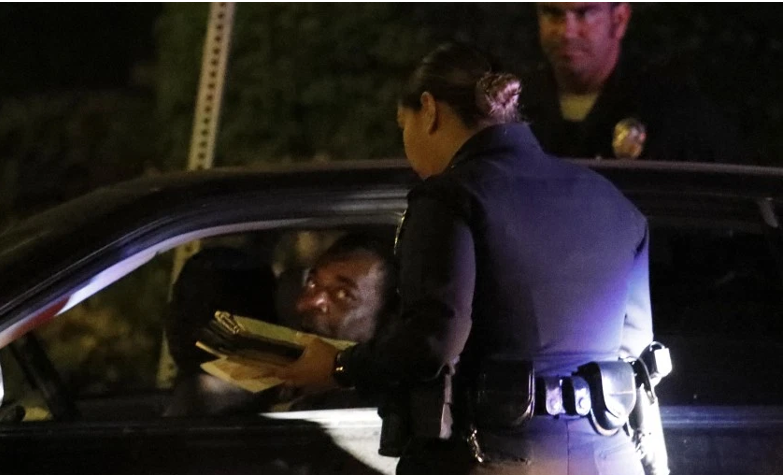 RANTZ & RAVEZ-Like many of you, I read the newspaper crime reports and watch TV News broadcasts and those daily police pursuits showing people resisting law enforcement personnel in the performance of their duties.

What was once an expected standard of compliance and cooperation from most people dealing with officers has turned into resistance and hostility against the people we recruit and train to become police officers charged with protecting us, our families, and neighborhoods. We expect the police to protect all of us from the danger of crime which comes in many forms --- robbers, burglars, auto thieves, and the worst of the criminal element including those who murder and torture their victims.

Having served over 50 years in law enforcement and still being an active member of the law enforcement community, I have witnessed the dramatic change in attitudes and perception by members of society toward the police. What caused this change? Where there was once cooperation and appreciation, there is hostility, negativity, and a defund the police mentality exhibited by some of our weak and spinless elected officials, along with certain community groups.

When people are stopped for an investigation, suddenly the cell phone cameras are activated and the incident is recorded by suspects, witnesses and even officers. If you are not aware, most law enforcement agencies now equip their field personnel with cameras. Cameras are inside the police unit and worn on the officer’s uniform. The incident is recorded for the protection of everyone involved in the stop. So, when the cooperative or hostile attitude is displayed by the person stopped, it can be reviewed to determine the truth, if a complaint is generated.

So, just try and be nice and kind to the police officer who stops you for whatever reason. Remember you are most likely being recorded on their video. If it is for a traffic violation, try and admit your error and ask for a warning. Officers have the authority to issue you a warning rather than a citation. The warning is just between you and the officer. No citation or fine or traffic School. This is the best way to end the stop and save you money and points on your license.

On the other hand, if you want to act like a jerk and argue, you will receive the citation and fine and any other parting equipment violations that will also cost you a hefty fine. Displaying kindness and understanding toward the officer is a good strategy not only for you but also for your wallet.

The latest Los Angeles Police Crime Statistics as of March 6, 2021.

Homicide is up +34%, Motor Vehicle Theft is up +33.4%, Shots Fired is up +80% and Shooting Victims are up +101.4%. With these statistics, why would Mayor Eric Garcetti and the majority of the Los Angeles City Council continue to reduce the number of LAPD officers and support the Police Defunding movement. The LAPD is down from 10,000 officers to 9,680 officers. The numbers will continue to drop as crimes continues to soar.

For the anti-gun readers who like to complain about my public safety position, the United States Congress is working on tightening the gun laws in America. More gun and ammo restrictions are in the works. This will impact those of us who are concerned about our safety and that of our family and friends. If you are near a gun store, drive past and see how many people are waiting to enter the location. It reminds me of the long lines a few months ago when paper goods sold out as fast as they hit the shelves.

Convicted killer and Folsom prison inmate Phillip Dorsett, who is in prison for 40 years for 2005 execution murder of a rival gang member, learned that George Gascon issued a new directive calling for the possible resentencing of inmates who have already served 15 years in prison. Dorsett toasted the directive by Gascon.

Gascon has stated that the criminal justice system is a problem that needs to be revamped. He has turned the LA County District Attorney’s office upside down. His plans include the following: no more death penalty cases; no more gang enhancements; the end of cash bail; the end of trying minors as adults; no gun use allegations; consideration of releasing any criminal after 15 years. His aim to is protect those who commit violent crimes and abandon the victims of all crimes.

Crime victims have joined together to move forward to recall George Gascon as the Los Angeles County District Attorney.

If you care about your safety and that of your family, I encourage each of you to get involved in the Recall of District Attorney George Gascon. Information can be obtained at RecallGeorgeGascon.com.

Recall of Governor Gavin Newsom: signatures have been turned in.

Over two million signatures were collected and turned in for validation. It will take a while for the signatures to be verified. It is time for the people of California to take back our state. Homelessness, crime, excessive taxes, a poor educational system, and a host of other negative factors call for the removal of Governor Gavin Newsom.

As COVID-19 numbers continue to fall, restaurants and other business will slowly start to open with restrictions. Remain safe and use caution wherever you go. Too many friends have died as a result of this illness. May all of you be safe as we re-enter the packed roadways and waiting lines at many locations.