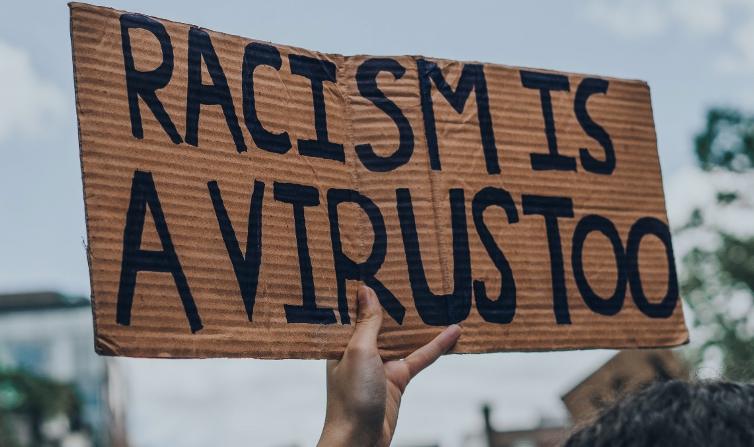 HUMAN RIGHTS-“It is long past time for. . .a sea change in the United States’ approach to national and human security. . .”

Yes, yes, yes. These words cut to the soul. Can we create a grown-up America? This is how it begins.

The quote is from a letter to President Biden, put forward in early February by the Center for Constitutional Rights and the Center for Victims of Torture and signed by 111 organizations, demanding that the new president shut down, at long last, the prison hellhole at Guantanamo Bay, Cuba.

But the letter transcends Gitmo, where 40 men are still being held indefinitely, without charges and without rights, at the astonishing cost of $540 million per year, and addresses the issue of structural racism in this country, for which the prison is a terrifying icon: “. . .the approach it exemplifies continues to fuel and justify bigotry, stereotyping, and stigma. Guantánamo entrenches racial divisions and racism more broadly, and risks facilitating additional rights violations.”

The sea change — awareness — begins with the realization that security isn’t a linear, one-way process: Round up the bad guys, the troublemakers, the illegals, lock ’em up, get them out of our way and, voila, problem solved, security attained, the good Americans are safe. Trouble’s in a cage!

The remarkable, bureaucratic ignorance of this policy transcends the racism that drives it. Security begins with understanding every side of a conflict. I realize that word — “understanding” — can be politically toxic. If you believe in a system based on force, then understanding is impossible from the start because you’ve already got your (armed) certainties. You know who the enemy is. Attaining understanding is often highly complex; for some, that makes it painfully tedious and, thus, best dismissed by mockery. It’s so much easier to shout: “Do what I tell you!”

Here’s an example of how well the system doesn’t work. You may already have seen this disturbing video. Police in Rochester, N.Y., responding to a call of a family disturbance — a girl was threatening to harm herself and her mother — grab ahold of the child, age 9, handcuff her and force her into the police car. All the while the child is screaming in utter desperation and terror: “I want my dad!”

She won’t shut up. She’s driving the officers crazy. One of them says to her: “You’re acting like a child.”

Finally, they pepper spray the handcuffed child. Her screaming intensifies.

Understandably, when the police body camera video of this incident was released, there was a huge public uproar about the police actions. One officer wound up being suspended and two others placed on administrative leave.

And nothing whatsoever is solved. Nothing has changed. Punishing the officers (however mildly) is just more of the same: addressing a wrong from a one-way, linear perspective. Bad, bad girl won’t stop screaming. Bad, bad police officers handcuff and pepper spray her. But they had walked into this conflict, of unknown complexity — the 9-year-old was no doubt deeply troubled — equipped and trained only to deal with it by force and command. Their tools were their weapons, including the pepper spray. They did not come prepared to seek understanding, then act from that understanding.

Mix in the racism — perhaps a screaming white child would not have been treated in such a way — and what we have is a system based on both force and white supremacy. Its alleged purpose is to foster security. Instead, it spreads insecurity in every direction.

Yes, indeed, it’s long, long past time for a sea change in our approach to national security. . .in our approach to human security. What those last words do is remove the borders from the very nature of security. As long as there are divisions in humanity, and thus in understanding, no one can possibly be secure.

As the Gitmo letter to Biden points out, his predecessor. . .uh, Donald Trump. . .“proposed sending undocumented immigrants to Guantanamo to be held as ‘enemy combatants.’ He further built upon the discriminatory animus, policies, and practices that Guantánamo represents through his odious Muslim Ban, each iteration of which was explicitly promulgated under the false pretense of protecting the nation from terrorism.”

And speaking of terrorism, the white supremacist who killed 23 people at a Walmart store in El Paso did so in order to stop the “Hispanic invasion” of America, using language in his pre-shooting screed, posted online, presumably borrowed, as NBC News put it, from the “anti-immigrant rhetoric used by then-President Donald Trump, Republicans and white supremacists.”

And, oh yeah, it just so happens that one of the people deported in the recent ICE deportation frenzy — defying Biden’s 100-day moratorium on deportations — was a woman named Rosa, who was present when the El Paso massacre took place and had agreed to be a witness against the gunman.

She was pulled over for a broken taillight, detained because of other traffic warrants and -- zoom, deported before she could reach her attorney. Think how much safer we are now.

The suffering being inflicted on immigrants, so many of whom are fleeing their native countries for their own, and their children’s, safety, certainly precedes Trump, but under him the number of detainees has increased considerably and, oh the horror, private prisons for them have expanded into a lucrative industry.

A recent piece in The Guardian quotes several occupants of these prisons, including a man named Alonzo, who talked about having witnessed many suicide attempts while he was there and described the utter isolation and hopelessness of his confinement — a description that reminds me of so many of our other national insecurity measures, including Gitmo.

In the spirit of understanding, I end with his words: “He said,” The Guardian tells us, “he found strength in his wish to see his daughters again and his belief in God. ‘I always had something in my mind and in my heart, that God did not save me from Mexico to come to die in a forgotten cell. I knew within myself that I was not going to die there.’”

He survived. Let us learn what he has to teach us about the nature of human security.

(Robert Koehler ([email protected]), syndicated by PeaceVoice, is a Chicago award-winning journalist and editor. He is the author of Courage Grows Strong at the Wound.) Prepped for CityWatch by Linda Abrams.