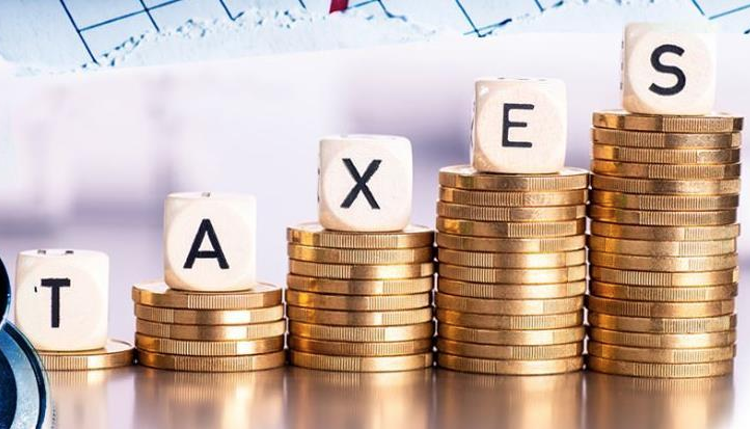 GELFAND’S WORLD-Donald Trump did a lot of damage through the four years of his presidency, and some of it was directed right at California. Here is one example -- but a fixable problem -- that most of us haven't even been thinking about.

It is also something that the congress could repair in its budget reconciliation bill, which means that it will be filibuster-proof.

In pursuit of their hatred of all things Californian -- which included their animosity towards state income taxes and moderately high property taxes -- the Republicans passed, and Trump signed, their federal income tax bill. They have been crowing about it ever since, but look at what it did to some California homeowners:

The tax bill slapped a deduction limit of $10,000 on the total of state income taxes, property taxes, and DMV payments.  For anybody paying more than this total in combined property and state income taxes, this is the very definition of double taxation. For some of us Californians, it hurts. Particularly those Californians who are trying to get into the housing market or recently purchased a home, even a purchase price of $800,000 already puts you close to the maximum deductible. Add even a modest middle class income, and you are over the line.

It's long been a principle of our Republic -- and a conservative standard -- that we don't tax people double on the same income. Traditionally, if you paid property taxes to the county and income taxes to the state, that was an expense you could deduct from your federal taxes. Otherwise, the money that you paid to your state and local tax collectors would be (for the sake of federal income taxes) added right onto your total taxable income. It didn't make sense, but the Trump tax bill was an attempt to teach states such as California about state expenditures.

The tax bill did increase the standard deduction, which works out for some of us, but not so much for at least some people I know. It's curious that the Republican Party, because it was under Donald Trump's thumb, was willing to attack middle- and upper-income taxpayers if they happened to be Californians. Ironically, Republican congressmen like Ed Royce went along with the changes and even bragged about them.

But when income tax bills come due, people take notice. Here is what a homeowner I know wrote to her congressman:

" As you undoubtedly recall, when the Republicans passed their tax "reform" bill about 4 years ago, they maliciously included provisions designed primarily to hurt blue states, California being the prime target.  I refer to the provisions that limit deductions on federal income tax returns to $10k for all sums paid for state income taxes, property taxes, and DMV fees.  Congressman Lieu, it is fair to assume, judging by the district he serves, has many, many constituents who would love to see this provision(s) reversed.  Sen. Sanders is preparing a reconciliation bill, and therefore I am writing this urgently."

So there you have it. The Democrats are in a position to repair this damage simply by drawing a line through the rule that limits deductions on your state income taxes and your property taxes. Not a difficult undertaking.

Now here is an old rule that congressional staffers have been explaining for decades: When they get letters and phone calls from the people in their districts, they take notice.

It's a useful thing to remember. When you call your congressman's office, the person who answers the phone is trained to keep note of your position. They keep charts and statistics.

So it's up to you folks to go on your computer, look up who your congressman is, and look up the local telephone number. Here is the link to the page where you can type in your zip code and up will pop the information on your congressman. (One zip code can have more than one congressional district within its boundaries. When I tried my zip code, I got three of them. When this happens, the web page offers you the chance to type in your address, and then you get your exact congresscritter.) You can click on the name and get a whole new page full of contact information.

And if you agree with my colleague that Californians should not be penalized because our state has an income tax, follow the advice given above and call.

Explain that you are sick of paying higher income taxes just for being a Californian, and that the deduction limit on property and state income taxes should be removed.

It's really that simple. California has a lot of representation in the Democratic Party in the House of Representatives. They will be right in the middle of crafting the reconciliation bill. Let them know, because they are deciding on what their highest priorities are right now.