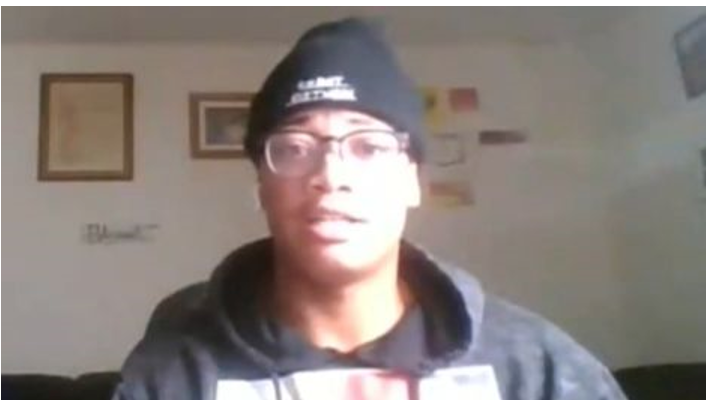 WHY BLACK LIVES MATTER-Racial profiling often seems like some kind of perverse rite of passage that young Black people have to go through in America (and likely, everywhere else in the world where Black people exist) as a part of growing up.

A California Target has apologized after two Black teenagers were handcuffed and another was detained in the store because they were associated with other Black people who were accused of shoplifting. The mother of one of the teens, who filmed part of the incident, said the apology isn’t enough. (Photo above: Malik Aaron, 17, talks to reporters about the incident at Westlake Village, Calif., Target in which he and two of his friends were handcuffed and detained by sheriff’s deputies after being wrongfully accused of being involved in a theft at the store.Screenshot: WTVM 9)

The Los Angeles Times reports that the Westlake Village, Calif., Target said one of the security staffers involved in the altercation has been fired and other employees at the store have been required to retake security and racial bias training after the incident in which Black teens went into the store for snacks and left with a reminder that being innocent of wrongdoing while Black doesn’t mean they won’t be targeted (no pun intended).

La Shaun Aaron, mother of 17-year-old Malik Aaron, one of the handcuffed teens, accused both the store employees and the deputies who responded to the call of racial profiling and said they took her son “outside of the store in handcuffs, which is totally humiliating, infuriating, embarrassing and traumatic.”

Here’s what happened as reported by the Times: (Read the rest.)