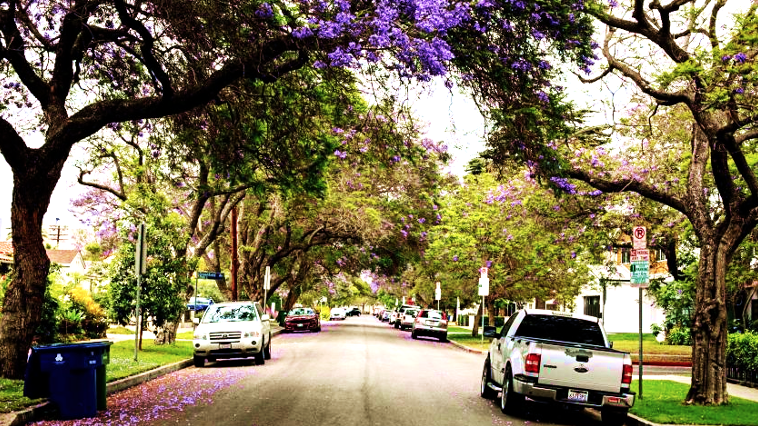 PLANNING WATCH--Even though Los Angeles has a nearly perfect climate, fall is best time to plant new trees and save LA’s existing trees.

Trees, after all, are nature’s way to combat the climate crisis by cooling heat islands and sequestering rapidly rising atmospheric carbon.  In addition, trees enhance rainwater absorption, provide shade, generate oxygen, buffer glare and noise, host urban wildlife, and are beautiful in their own right. (Photo above: Canopy of blooming Jacarandas in Los Angeles

Historically, only five species of trees are native to Los Angeles, but due to LA’s semi-tropical climate, over 1000 tree species now grow here, and the City permits 150 tree species on its parkways (the city-owned planting strip between the sidewalk and the street).

In surrounding cities, the urban forest is a basic municipal responsibility, and each city’s urban forestry office does an admirable job, such as Burbank, Beverly Hills, Culver City, and Santa Monica.  But if you live, work, or visit Los Angeles, there are few people at City Hall whose job includes the preparation, implementation, and monitoring of an urban forest master plan.

What may be obvious to you – the vital  importance of urban trees --  is not obvious to LA’s elected officials, who routinely allocate over half of the City’s budget to policing, despite expensive lawsuits and widescale protests.  As a result, the LAPD’s budget is over 2000 times larger than LA’s Urban Forest Division.

This is why so many Los Angeles streets remain poorly planted or completely treeless. 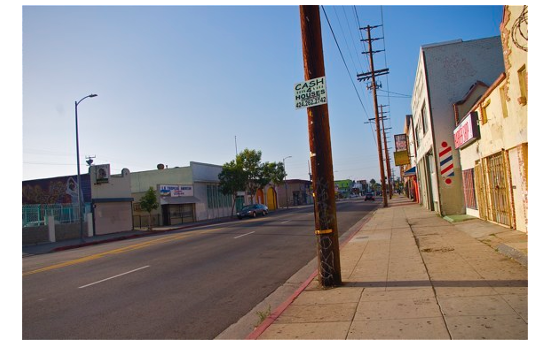 Here are a few commonsense rules to preserve LA’s existing trees and select the right species for fall planting:

When planting trees, you should carefully take stock of seven barriers to a proper urban forest in Los Angeles.

Three things you can do right now:

Plant appropriate trees over the next several months that can withstand a hotter, drier Los Angeles, and that match existing trees.

Water trees on your own property and/or the parkway near your residence if the current drought continues.

Support local advocacy groups, such as Angelenos For Trees, that are devoted to the preservation and expansion of LA’s urban forest, including an urban forest master plan.

(Dick Plakin is a former Los Angeles city planner who reports on local planning issues for CityWatchLA.  He serves on the board of United Neighborhoods for Los Angeles (UN4LA) and co-chair of the new Greater Fairfax Residents Association.  Previous columns are available at the CityWatchLA archives and https://plan-itlosangeles.blogspot.com/ .  Please send corrections to rhplatkin@gmail.com)