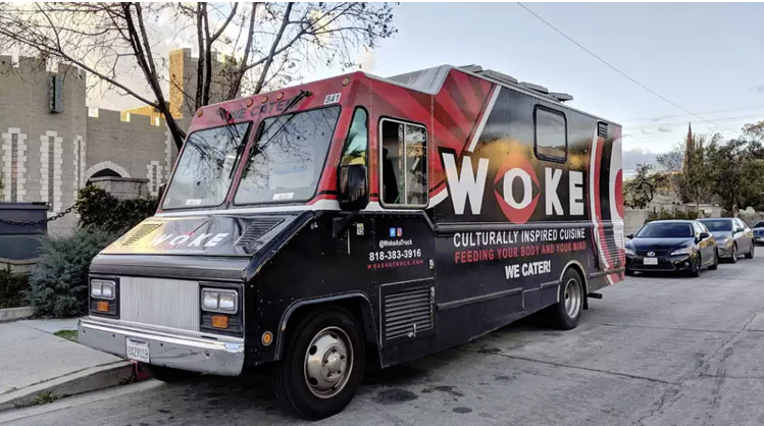 LEANING RIGHT-Being liberal should be, to all extents and purposes, "open-minded to all ideas, new and old".

As of late, however, we've got a pretty checkered track record of being "woke" to promoting a quality of life. Lots of us despise uber-developer Trump in the White House, and despise his environmental policies, but appear okey-dokey to be promoting overdevelopment and a lack of open space that has dangerously threatened our own environment.

To say nothing of our economic and physical health, and our quality of life. Why decry President Trump if we're going to "trump" our own state or city or county at the same time?

In short, do we WANT a middle class or not?

So, another review of a few candidates and measures is in order:

Do we REALLY want George Gascón to screw up L.A. like he did San Fran? Is the money thrown at Gascón's election effort by George Soros any better than what the Koch Brothers used to do? How much street-laden feces and needles do you want in your city or county? Are we "woke" enough to realize that San Francisco is NOT the ideal model of a modern American city to emulate? Jackie Lacey has NEVER, despite the false narratives been against police reform, and has the respect of both law informers and reformer alike. Gascón is too, too, TOO far to the Left for us to let him ruin our lives.

Now we've got the same neighborhood councils and political leaders who verbally thrashed law enforcement begging to have more enforcement to stem the increase of home break-ins, a rise in the criminal elements of homeless brought in from other states, and an explosion of both violent and non-violent crime by "non-violent offenders" let loose on our streets.

It is possible we're "woke" enough to demand police reform AND keeping our lives and property safe?

Again and again and again, we keep hearing about how Proposition 13 was so horrible despite the fact it was premised on the demand that state government spend within its limits, and to not take the taxpayers for granted.

Are we being taxed enough? Did state and local governments find new, innovative ways to make up for their revenue loss when Proposition 13 passed in 1978? How many of us can afford to live here because of Proposition 13? How many businesses have been forced to flee to other states (or just shut down altogether) because we presume they're "fat cats" and not paying their fair share?

Would YOU want to open a business in L.A., or anywhere else in the Golden State? So let's be "woke" enough to realize that the same old bromides aren't working, and let's stop thrashing our neighbors, business or residential or otherwise based on false narratives when the only fat cats are either overdevelopers or Big Tech.

Neither the stem cell industry, the "community investment" industry, nor the "school/education" industry have spent taxpayer funds well. This is hardly any one person's opinion alone. There's already money for stem cell research, community investment, and for both K-12 and higher education from monies already dedicated to them from both private and taxpayer largesse.

Let's be "woke" enough to realize that it won't be "someone else" who'll pay for these ideally worthy, but actually bloated/nontransparent, industries if we "feed the beast" yet again. We have to live within our own means...is it too much to ask for government/private entities to do the same?

California is a one-party state, which to anyone with a knowledge of history is by itself dangerous, be that one party either Republican or Democrat. But we're a very, very blue state. So be it.

But we can be blue and also smart. And we can be "woke" to the idea that promoting an environment that causes too many of us, either liberal or moderate or conservative, to flee the state is just not sustainable.

Be "woke". Vote for a California where safety, opportunity, and a better future awaits both us and our children for decades to come.