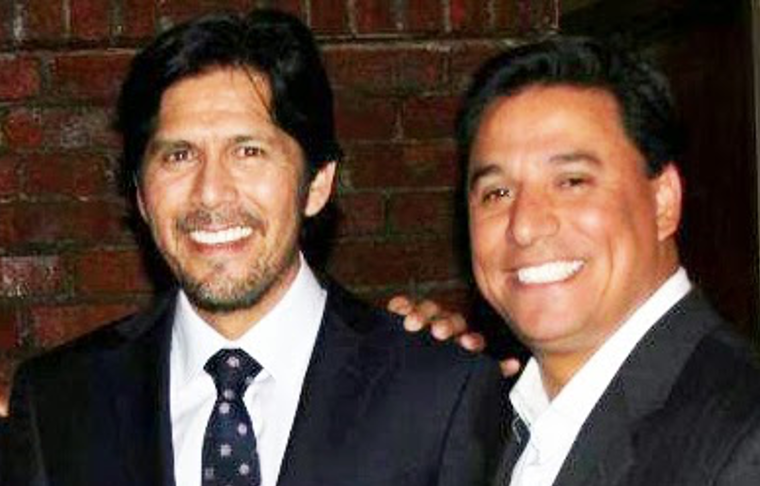 This is definitely the case for Kevin de Leon, successor to disgraced Los Angeles City Councilmember, Jose Huisar. On Sunday, October 16 an LA Times letter writer explained why the new Councilmember was old wine in a new bottle:

“We need to hear that our new representative on the council is willing to work for them and will restore their trust in City Hall. But instead of reassuring his new constituents that he will be working for them, De León immediately announced plans to make it easier for developers to build in the city.

It is disappointing to see business as usual is returning to City Hall.”

If this is what the new Councilmember says in public, the public needs to be diligent about what de Leon will pursue at City Hall, even if he avoids Jose Huizar’s flagrant pay-to-play graft. His solution to corruption – giving away the store up-front so developers don’t need to pay bribes -- allows him to fit right in. In fact, this is the same “anti-corruption” posturing of Nury Martinez, the City Council President.

Reaganomics: To translate Kevin de Leon’s planning proposals into accessible English, his call to “remove 800 hundreds of pages of outdated rules and convoluted and unnecessary code written decades ago” from the Los Angeles Municipal Code, is economic deregulation on steroids. Like the proposed Hollywood Community Plan Implementation Ordinance and long-stalled re:Code LA program, it is based on the failed neo-liberal, trickle-down economic theories of the Reagan administration (1981-1989).  Thirty-five years later, most Democratic Party officials, especially those in California’s legislature and LA’s City Hall embrace Reaganomics.

But zoning laws do not force developers to build expensive housing instead of affordable housing.  Regardless of zoning laws, investors always choose to maximize profits, and this inexorably leads them to the most profitable forms of housing: McMansions and luxury apartments. This “iron law” applies to the entire United States, not just Los Angeles, despite vastly different planning, zoning, building, or environmental ordinances. The result is always the same: low-income people face a perpetual housing crisis.

This is painfully clear in a new report from the National Low Income Housing Coalition:

Why de Leon’s approach is doomed to fail. Even if cities up-zoned in response to statewide housing legislation, Regional Housing Needs Allocations (RHNAs), or municipal ordinances, they cannot force private developers to build low-income housing. Private investment decisions are based on profit maximization, not human rights. This is why Los Angeles is in the midst of a worsening crisis of homelessness despite a phenomenal building boom. 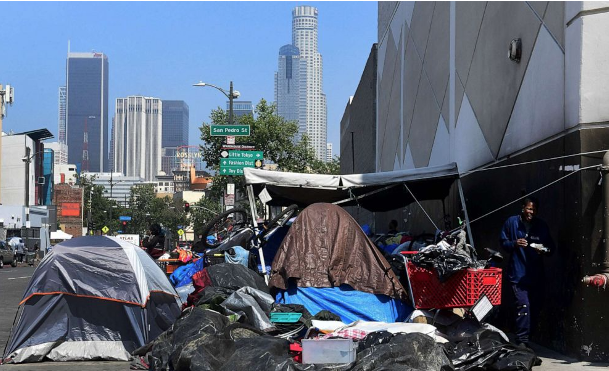 Homeless encampment in DTLA, a hot real estate market that left many people behind.

Plus, in some cities, like LA, there is so much unused and under-utilized zoning capacity that additional up-zoning makes little difference.  Since by-right zoning is already available for housing construction -- or can be easily obtained without bribes -- nothing will change. The California State Legislature, SCAG, and LA’s City Council can certainly impose up-zoning. But it will make the housing crisis worse not better because upzoning quickly increases property values. It gives away the store to developers, who can then extract cash by flipping. If they build, they also get additional and valuable density, height, and mass upfront, without the hassles of Zone Changes, Zone Variances, and Density Bonuses. The only people left out of this cozy deal are those falling into homelessness or already living on the streets.

Conclusion? This is how business-as-usual survives at LA’s City Hall. Schemes that benefit real estate speculators do not require outright graft. This is how a schemer, like Kevin de Leon, can so easily take over the fiefdom of Jose Huisar, posing as the new sheriff, but barely causing a ripple.

Why vilify the Koch Brothers, Fox News, and AM talk radio, when Democratic officials, including past, present, and future City Councilmembers can pawn off zoning and planning deregulation as their “progressive” solution to homelessness? While all scams eventually run their course, this one is still working.

(Dick Platkin is a former Los Angeles city planner who reports on local planning issues for CityWatch.  He serves on the board of United Neighborhoods for Los Angeles (UN4LA) and co-chairs of the new Greater Fairfax Residents Association.  Previous Planning Watch columns available at the CityWatch archives and https://plan-itlosangeles.blogspot.com/ . Please send comments and corrections to rhplatkin@gmail.com.) Prepped for CityWatch by Linda Abrams.