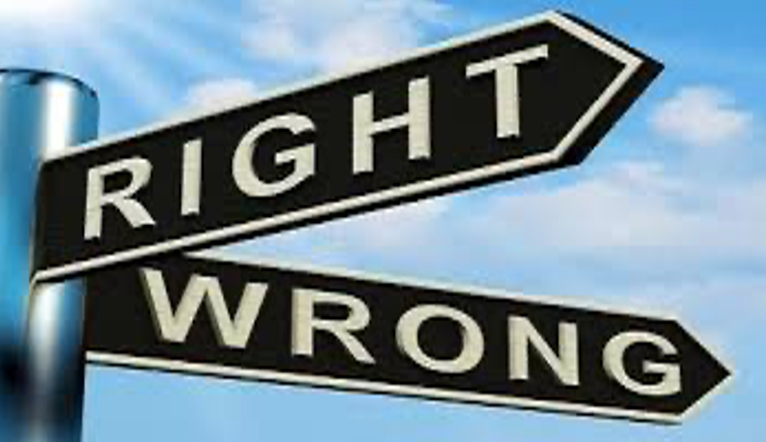 LEANING RIGHT--There's a reason or three why so many Californians, be they Republican, Democratic, or Independent, are leaving our big cities and even our Once-Golden State:

Anyone reading the news or following us here at CityWatch knows that the state, county, and city governments throughout California have elected officials who have so many conflicts of interests, and are so used to thwarting the law, that the concept of being "law-abiding" is considered "old-fashioned" and "closed-minded".

2) Small businesses who are fighting so very hard have been smashed and crushed for decades, and particularly so with THIS governor and legislature, with the results of their throwing up their hands and fleeing for their financial survival.

Only the uber-rich can survive, and the higher-paying professionals once-deemed "rich" are now actually middle-class. Hence, we see households with annual incomes over $200,000 being eligible for affordable housing, and the rich-poor divide is worsening under the watch and guidance of those who claim to represent Joe/Jane Californian.

As police who protect us, including police officers of all colors, are now being thrown on the defensive, disrespected, and now fearing for their own safety and security each day, it's not hard to conclude that lawlessness is increasingly the new normal. And if the results are that brown/black minorities suffer the most at "woke" white hooligans in masks, then...okey-dokey!

So here we go into next month's elections, and let's see if we can't pull ourselves from the brink of wokeness-driven anarchy...or if we'll all hold hands and throw ourselves into the Pit of Fire, hand in hand, as we doom ourselves and our children to unforetold suffering:

Want to smack down businesses who pay PLENTY in NEW taxes after Proposition 13 was passed? Want to get yourself FIRED as these businesses lay off workers and/or just leave? I doubt it...so the time to keep smashing the elements holding our economy together probably needs to be reconsidered with a kinder understanding that most "rich" employers are fighting for their lives.

Do you embrace racism? Do you see bands of marching KKK white supremacists marching up and down your street, burning crosses in front of minority homeowners? Do you see Asian-American gangs and overlords chasing down and assaulting Americans of color? And ARE Asian-Americans individuals of color, too?

If you really hate white people, and really hate Asian people, and presume that meritocracy and grades and performance mean nothing, then this is the measure for you. Because getting a 4.0 or higher and being told you're the "wrong color" to get accepted to a medical school or college is pretty rough.

We need people of all colors, to work with and work for. That whole "judging a person by his/her character and not skin color" means something. Don't be a racist. Vote NO!

And until you've served your prison sentence, even if you've been granted the grace and kindness to serve your sentence on the outside of prison walls, YOU'RE STILL SERVING TIME! Laws mean something. Prison terms mean something. Parolees are not free for a reason--they hurt someone. Let them vote after their terms are up, and after they've earned back their rights for voting.

When I was 17, I was a freshman in college. Straight A's. Valedictorian. Yet I still had no clue as to what an educated vote meant, and neither did any of my friends in a similar situation. Children are children, and not that long ago the voting age was still 21.

17-year-old children can't drink alcohol at all and can't get either tattoos or get medical procedures without the approval of their parents. And plenty of those over 18 know damned well to run to the advice of their parents, and rely on their parents for food, rent, college, and medical advice.

Having children vote in primaries because they will be 18 at the final vote is just the first step towards ignoring the reality of making informed, mature decisions like voting. Fascist countries throughout history used children as ways to impose an iron will by using their naivete against us all. Let children learn and let us adults not BEHAVE like children.

Time and space prevent me from going over more propositions. But I guess that's the reason I have such a hard time coming up with new ideas for CityWatch articles.

Voting is tough--and that's the way it should be. Life in the adult, real world is complicated and needs education in civics, history, and science. There are plenty of reasons why the middle class has fled California. Some of them are due to past propositions passed that gave the law-abiding lots of buyer's remorse.