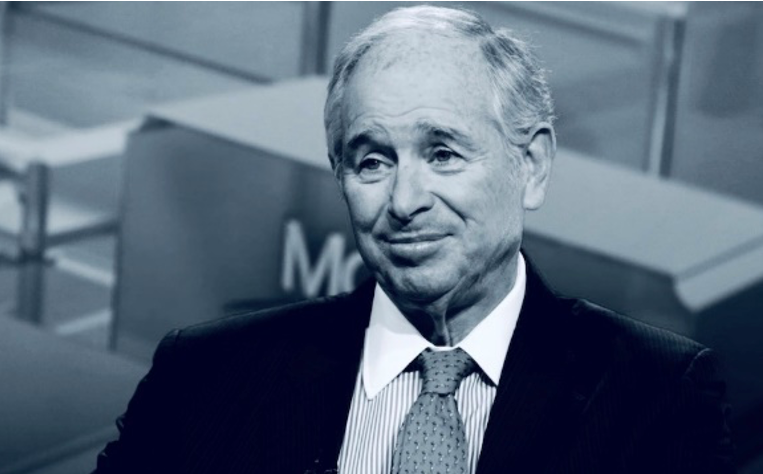 PROFIT IS KING-In the fight over Proposition 21, the battle lines are clear: Wall Street landlords versus California renters.

And what corporate landlords such as Blackstone Group, Essex Property Trust, and Equity Residential want to protect is their ability to charge wildly inflated, unfair rents — no matter the human cost.

The need for stable, affordable housing has only taken on added urgency because of the COVID-19 pandemic — people must have shelter to stay safe and healthy.

For Wall Street landlords, none of that matters. Profit is king.

Blackstone Group (led by billionaire CEO Stephen Schwarzman, pictured above), Equity Residential (led by billionaire and co-founder Sam Zell), and Essex Property Trust (led by multi-millionaire CEO Mike Schall), among a host of other publicly traded real estate investment trusts, have aggressively schemed and plotted to stop rent limits in California — and to kill urgent relief for seniors, nurses, and working-class families who are renters.

Blackstone, for example, has contributed $7 million to a shell committee that has funneled millions to No on Prop 21: Californians to Protect Affordable Housing. That king-sized cash pays for TV ads and a host of campaign consultants, although Blackstone tries to hide its identity as a No on 21 contributor by using the shell committee. The Yes on 21 campaign has filed both a formal complaint with the state and a lawsuit for violating California’s Political Reform Act, challenging Blackstone’s underhanded tactics.

Eudy and Altshuler sign off on misleading TV ads used against Proposition 21, and, under their leadership, have watched Californians for Responsible Housing hide the identities of its contributors. Yes on 21 also filed a formal complaint with the state and a lawsuit against the CAA-sponsored committee.

Incredibly, Californians for Responsible Housing believes that Yes on 21’s serious charges are “silly.” That’s what Chris Skinnell, the lawyer for the CAA-sponsored committee, glibly told a reporter. Violating the Political Reform Act and trying to pull the wool over the voters’ eyes are anything but “silly.” That’s why the FPPC has started an investigation.

It’s actually par for the course for the California Apartment Association, which has a long, sordid history of opposing renter protections. From reversing renter protections in El Cerrito to spearheading a sneaky campaign to overturn tenant safeguards in Mountain View to opposing a temporary rent freeze in Santa Ana during the COVID-19 pandemic, the CAA has often been dodgy in its pursuit to stop any and all renter protections.

It all adds up to a multi-million-dollar attack by Wall Street landlords that not only targets the Yes on 21 campaign, but also California renters — who desperately need the protections that Proposition 21 gives them. California voters, though, can send a message to Blackstone, Essex Property Trust, and Equity Residential — by voting “yes” on Prop 21.

Patrick Range McDonald is the award-winning advocacy journalist for Housing Is A Human Right and a CityWatch contributor.)