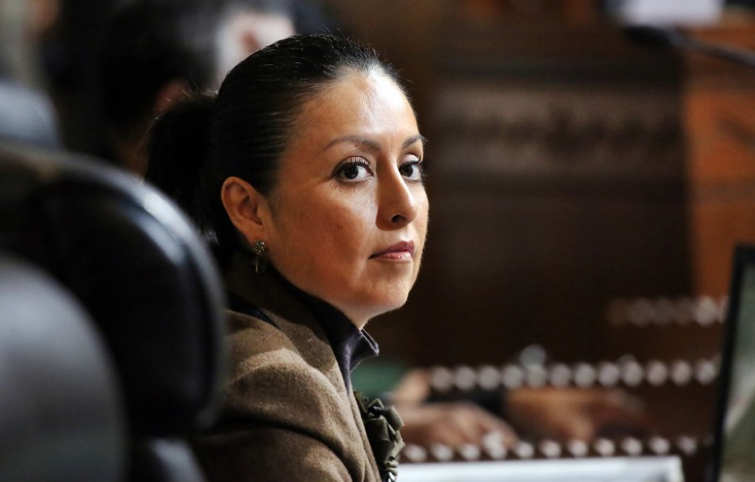 LEANING RIGHT--It is no secret that the LA City Council and Mayor are under harsh scrutiny by the FBI for "pay to play" politics with ruthless, scurrilous developers who are promoting oversized projects with undersized mitigations that will destroy neighborhoods and crush longstanding, taxpaying constituents who want appropriate and affordable housing for more Angelenos to live.

Enter CR20-1044, which has been proposed by LA Council President Nury Martinez to have the largest developments to bypass the PLUM Committee of the LA City Council and go straight to the full City Council for consideration.

Such a motion would bypass the PLUM Committee and Planning Commission levels of vetting megadevelopments that arguably needs MORE stakeholder comment and consideration, and not the markedly decreased access and amount of scrutiny by Angelenos who want to do right.

And it's to be remembered that these same Angelenos have voted multiple times to RAISE sales taxes and bonds for MORE transportation (including mass transit), MORE affordable housing, and MORE funds for the resolution of our homelessness crisis.

In other words, the majority of Angelenos want more development, but appropriate development that will allow for truly affordable housing and not destroy neighborhoods trying to do right by the aforementioned worthy causes.

Ditto for the PLUM Committee and Planning Commission, who are anything BUT NIMBY, and exist for a reason or three. More affordable housing, but less neighborhood transformation and destruction (including for those to be newly housed in Los Angeles).

CR20-1044, which is presumably a trial balloon by Council President Martinez, should therefore be shot down, and vigorously so.

Megadevelopments are sometimes needed, although elegant upzoning and more development are probably best for all parties involved.

Hence the following motion just passed the PLUM Committee of the Mar Vista Community Council, and will hopefully be passed by the full Board of that neighborhood council next week:

"Whereas the Motion in Council File #20-1044 asks for a report back to develop criteria for HIGH VALUE PROJECTS (large development projects) to BYPASS the usual planning process:

In the current process, there exists many levels where stakeholders can provide feedback and comment on a development: Firstly, stakeholders can communicate through their local neighborhood or community council, then at the Planning Commission, further comment is available when the development then proceeds to the PLUM Committee of the Los Angeles City Council, and then finally when the development is heard and considered at the Los Angeles City Council.

Whereas such a change in procedure would REDUCE the ability of the public to comment and provide feedback on a development, and

Whereas such a procedure change would produce long City Council hearings involving these developments that would necessitate delay for consideration of other Council business, and thereby producing grid lock to get matters heard by the City Council especially in light of reduced City Council meetings during the current COVID pandemic;

THEREFORE, the Mar Vista Community Council OPPOSED the proposed Motion in Council File 20-1044 and encourages the Los Angeles City Council to vote NO on changing the development procedures for high value projects."

Time is of the essence, and other neighborhood councils should weigh in if they wish to have MORE affordable housing but with developments that improve, not destroy, neighborhoods.

If developers, including and especially large developers, want their developments approved with lightning-fast speed and with minimal opposition, then include mitigation and right-sized units that are priced affordably for the middle class, and include transportation/infrastructure mitigation to not shred the rights of those who already live, and will live, in a given neighborhoods...

...and not the usual DECREASE in affordable housing units (and with wildly insufficient mitigations) compared to the previously existing developments being torn down to make room for the new developments.

Vetting is good, but will be quick if developers stop trying to win the lotto, and if L.A. Councilmembers and Downtown officials stop enabling inappropriate developers who are breaking and shredding both environmental laws, transportation/infrastructure requirements, and are the stuff of further FBI investigations.

There are many better ways to appropriately and safely upzone Los Angeles to the benefit of all parties involved.

And that includes the benefit of the developers who can their developments approved with light speed if proper mitigations and affordability are included to improve, and not hurt, neighborhoods for which their new developments can (if done right) easily fit in with what that neighborhood has always aspired to be.