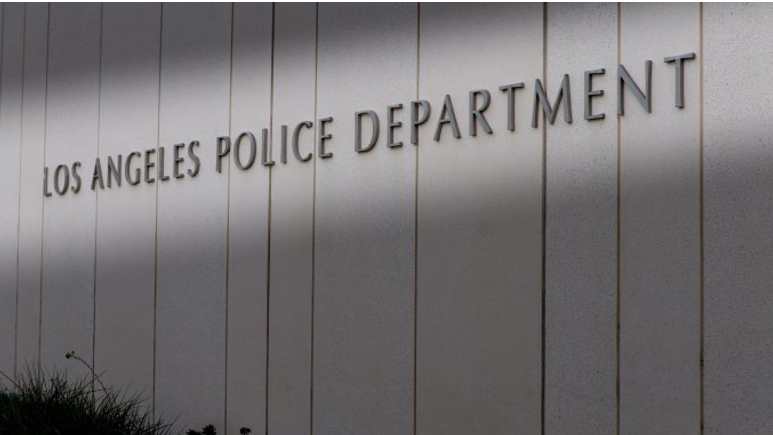 THE CITY-It can honestly be stated that the Los Angeles Police Department is top-heavy with Command staff and that many of them are not qualified to hold those positions.

We can all remember when Mayor Garcetti and the Los Angeles City Council made the announcement that they agreed to defund the Los Angeles Police Department by the amount of 150 million dollars. Did this actually take place ? Or was the money just moved around so that it would be a difficult task to prove or disprove that the defunding actually took place?

Most large law enforcement agencies hire consultants to assist their departments, individuals who have expertise in areas that can help them function and address critical issues. This, for the most part, did not take place with the majority of those individuals recently hired as consultants.

LAPD, going back to the beginning of this year, has hired a number of paid consultants. Most, I have been told, with the exception of one, are all retired command staff members of the LAPD. By hiring so many consultants, is the LAPD acknowledging that they have promoted so many individuals from their ranks that are not qualified to make sound decisions, to protect and serve the stakeholders, residents, and taxpayers of our city? Let’s take a look at some of those hired back as consultants.

Attorney-at-Law Gerald Chaleff: This individual has long been a positive contributor to the Los Angeles Police Department. I have been told that he was brought back to address the issues of Constitutional Policing and review LAPD's use of force policies.

Retired LAPD Commander Phil Fontanetta: Fontanetta was brought back because of his expertise as a strategist. He is a person who knows how to set goals, determine actions to achieve those goals, and mobilize resources to execute the actions. He has long been respected by all--Command staff, his peers, and rank and file.

Now for those who have been brought back who are members of the Good Old Boys Club within the LAPD.

Retired Deputy Chief Jose Perez: Nobody that I have communicated with has any idea why he was brought back as a consultant.  Remember that this is a paid position. Perez however is part of the Good Old Boys Club.

Retired Chief of Police Charlie Beck: Yes ,Charlie Beck who left his position as Chief of Police abruptly. At the time Beck left LAPD, violent crime was on the uptake and continued to increase daily. He was unable to develop any forms of dialogue with leaders associated with Black Lives Matter and other activist groups. This was done in large part because of Beck's decisions surrounding the unacceptable behavior of Los Angeles Police officer Shaun Hillman.

Hillman, accompanied by immediate family members, was at a night spot located in Norco where he got into a verbal altercation with a Black male which escalated when Hillman took out his gun. While yelling racial slurs at the Black male, he also stated that he wanted to shoot the Black male.

Others in attendance at the location stated that Hillman was very intoxicated at the time. Someone called Riverside County Sheriffs who responded. When interviewed by them, Hillman acknowledged all of the above. They determined that Hillman was intoxicated and was also operating a motor vehicle while under the influence of alcohol. Hillman made a point of telling the responding police officers that his uncle was a retired LAPD Deputy Chief and that other family members were also members of LAPD.

He was not arrested on this date. Hillman did however have an LAPD Board of Rights Hearing and he out right lied at this formal hearing. The Board of Rights made the recommendation to fire Hillman. However, Beck gave him a slap on the back of his hand and gave him a 65-day suspension.

Beck approved the promotion of Captain Jeffrey Burt to the Rank of Commander. Prior to Burt's promotion he was named in three separate civil lawsuits. One being that he violated the civil rights of downtown Los Angeles Ferguson demonstrators when he ordered them arrested for unlawful assembly. Several people were arrested including journalist Jasmyne Cannick.

Beck outright lied to the Los Angeles Police Commission surrounding the city of Los Angeles purchase of George the Horse. George, prior to LAPD buying the horse, belonged to Beck's daughter. Beck stated that he had no prior knowledge of this financial transaction. Later, paperwork was discovered with Beck's authorization for the sale of the horse to the city of Los Angeles. This showed that Beck lied. Beck's daughter was selected for the LAPD Mounted unit (as other police officers who had applied and had been on the waiting list were passed over) and many stated that she was now riding her former horse George.

The Explorer scandal at 77th Division fell under Beck's tenure as Chief of Police. Remember when the Explorer scouts stole marked LAPD vehicles and drove them all over the city? The additional deployment of police officers to the Metro unit to curtail the increase in gang related shootings in South Los Angeles? We all know how that worked out as now close to twenty of those officers are under investigation for entering false information on Field Identifying Cards and many have now been charged with crimes by our District Attorney's office. LAPD Internal Affairs investigators filed civil lawsuits which named former Deputy Chief Debra McCarthy for the coverup of an investigation which involved Chief Beck himself. I have been told that McCarthy is the godmother to Beck's children.

Los Angeles Police Captain Carranza filed two separate civil lawsuits which also involved coverups  and also named Beck, hostile work environment, and sexual harassment under Beck's tenure as Chief. One of the lawsuits was dismissed. The other, I believe, is pending.

And then there was the civil lawsuit by Detective Ysabel Villegas which involved LAPD Command staff, including Beck, for their failure to address her concerns – namely, addressing the issues of her being physically assaulted by another LAPD officer who was also making attempts to blackmail her and threatening to release very explicit sexual photographs, which led to a hostile work environment.

Villegas won her lawsuit which cost the taxpayers and stakeholders 1.5 million dollars. One should ask, did the City of Chicago do a complete background investigation on Beck before they hired him as their Interim Police Chief? I guess not, because while he was the interim Police Chief there, a major uptake in street murders in Chicago occurred.

Now, as for the millions of taxpayer dollars paid out to settle all these civil lawsuits under Beck's tenure, the Big Question is, why was he brought back as a consultant for the LAPD?

Retired LAPD Deputy Chief Phil Tingirides: It is unclear if Tingirides actually retired at the end of his DROP enrollment or if he just retired. One thing for sure, according to many I have communicated with, he was known as a womanizer. Many police officers also stated that it was not uncommon for him to have more than a professional working relationship with his subordinates. One should ask his current wife, Emada Tingirides, who was recently promoted to the rank of Deputy Chief by Chief Moore.

Phil Tingirides was also part of the Good Old Boys Club. In fact, at one point, Phil Tingirides made the statement that there was no systemic racism within the LAPD. We also saw an uptake of gang-related violent crimes in his area during his assigned commands in the South Los Angeles area. His being hired as a consultant, according to what I was told, was nothing more than political. Perhaps he was hired back as a consultant to assist his wife with her new command position.

Not only has it been ill-advised for the Los Angeles Police Department to hire on so many paid consultants during the time when the City of Los Angeles has been in a serious financial crisis. Thousands of city employees are being asked to take early retirements, and that will be followed by both furloughs and layoffs of city employees.

LAPD Community Safety Partnership program was first established in 2011. Throughout the City of LA, a police officer with the rank of Sergeant and 7-8, and sometimes more police officers with the rank of P 111 or P111plus 1, were assigned to various housing projects throughout the City. These officers would establish various programs not only for the young folks who resided in these various housing projects but also programs that would assist their parents. The police officers established various educational programs, tutoring  programs, field trips, girl scouts, movie nights, etc. They also assisted the parents with referrals for obtaining their high school diplomas, job skills training, and overall life skills.

These police officers there also assisted the housing residents with fundraising events. An example: At the Ramona Gardens Housing project, a mother and daughter were killed in an auto accident. The police officers that were assigned to Ramona Gardens immediately set up a major fundraising event. It was a large community movie night and all the funds raised were given to the husband-father to assist with funeral costs. The Community Safety Partnership program has been a great success and has assisted hundreds of young people to grow and become successful adults.

Now, here are the major concerns: Why was it necessary for Eric Garcetti to establish a whole new Bureau within LAPD for the Community Safety Partnership program? The program was already a great success since 2011. Someone needs to ask this question: How much is this newly established Bureau going to cost the taxpayers, stakeholders, and residents of the City of Los Angeles?

Off the top, this program will cost millions of dollars. Another serious question is, why would Chief Moore appoint a female Captain 1 to the position of Deputy Chief? What Moore did was allow Emada Tingirides to bypass the promotional ranks of Captain 11, Captain 111, and the various ranks of Commanders. She did not deserve this appointment to the rank of Deputy Chief.

Let’s go back to 2015 when Chief Beck recommended that LAPD Captain Phil Tingirides and his wife  Sgt. Emada Tingirides (Interracial couple) attended President Obama's State of the Union event. Both Tingirideses were acknowledged at this event. They were chosen to be there to help promote racial healing between law enforcement and the Black community. But the people who should have attended this special event were the rank and file members of the department who work closely everyday with the residents of the housing projects. In other words, those officers who had their boots to the ground.

So now you can see that the promotion from Captain 1 to that of Deputy Chief was nothing more than a political move. There was a Los Angeles Police BLACK female Commander who was far more qualified for the position of Deputy Chief. Beverly Lewis has had more years on the job, far more experience, and is much more approachable -- far more respected as a police officer than Emada Tingirides. Beverly Lewis has been a hard-working honest Los Angeles Police officer. However, she was not married to one of the Good Old Boys who control LAPD.

If the City of Los Angeles really wants to reduce LAPD's spending, then they should place a freeze on all promotions for the next twelve months and establish new guidelines stating that anyone who is on the DROP program can't be eligible for promotions. It is just plain stupid to allow people with less than two years prior to retirement, and on the DROP program, to be eligible to receive a promotion.