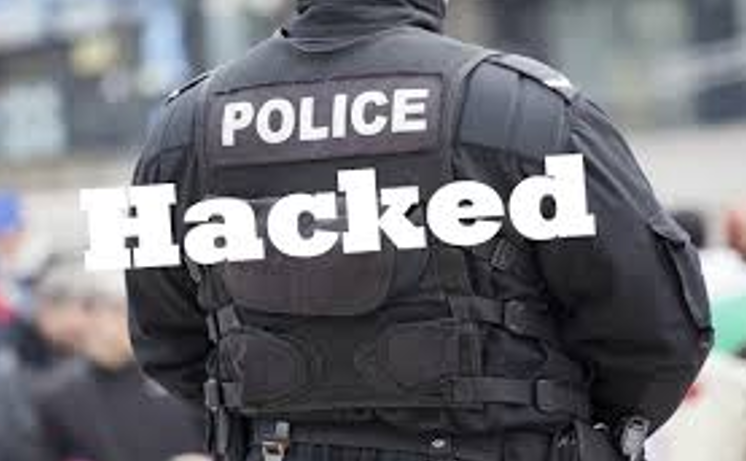 @THE GUSS REPORT-Like a child denying to his mom that he ate the cookie despite cookie crumbs around the perimeter of his mouth, the LAPD once again denies the undeniable.

A few weeks ago, in the immediate aftermath of an assassination attempt of two LA County sheriff deputies, information about the alleged getaway car and its registered owner was sent to the LASD’s nearby law enforcement peers at the Los Angeles Police Department, as reported exclusively in this column.

Specifically, the warning to LAPD officers was:

“To all Cenral (sic) Officers. The vehicle which was used in the shooting of the LASD Offices (sic) was a Black 2006 Mercedes, License Plate ______. The vehicle comes back (registered) to ______.  LASD has been tracking the vehicle and it has been traveling through Los Angeles Jurisdiction, including here in Central Division.  Please keep your head on a swivel and be safe.”

The communiqué was sent to patrol officers by the LAPD’s Central Division. . .allegedly. I type that because Central’s leadership, through LAPD Communications Director Joshua Rubenstein, has repeatedly denied that this deadly warning came from them.

So let’s pause to point out that a search of LAPD communications records would easily locate and identify the content, its time of creation, who created it and its recipients. Let’s take the agency at its word as it disavows this deadly warning.

That means that LAPD’s internal communications infrastructure was hacked by an entity pretending to be its Central Division. Maybe it was the anti-fascists who go by the moniker antifa. Maybe it was a teenager with too much time on his (or her) hands. Maybe it was allegorical pixie dust.

So I asked the LAPD who would investigate whether this was a hack. I got no response. Then I asked detectives with its Internal Affairs Group, which didn’t even ask to see the aforementioned screenshot, and got no response.

So with thorough redaction provided by this column, here is that screenshot.  Note in the upper left-hand corner of the image, the browser indicates that it belongs to the (Los) Angeles Police Department. Note the image’s law enforcement-centric F-keys, like F7 for traffic stops. Like F8 for law enforcement queries. Like F9 for dispatch. Like F10 for computer-assisted dispatch reports. Even the redacted encryption code in the browser is consistent with the LAPD. And the content refers to the LASD in the third person.

On Tuesday morning, this column will once again call into the LAPD Commission, where Chief Michel Moore, Commission President Eileen Decker, who is a former federal prosecutor, and other agency luminaries will be challenged to explain what is being done about this hack of its internal communications system.

Certainly, this column won’t accuse the LAPD of lying, even though it has previously proven that the agency doesn’t hesitate to lie, including in courts of law ranging from murder trials to small claims cases.

When this column sued the LAPD in small claims a year ago for abusively interfering with its reporting, it proved that two of its officers, Tracy Banuelos and Brian Hun, lied on sworn documents they filed, resulting in a $2,000 verdict in my favor. That payout more than quintupled to $10,836 when I exposed that a dirty LA City Attorney named Jonathan Peralta Bislig tried to get even for my embarrassing the LAPD and other high-ranking city officials. Peralta is presently under investigation by the State Bar of California for that misconduct and has dragged his feet responding to its questions. None of them ever threatened to sue me for libel or demanded a retraction.

Nobody should accuse the LAPD of lying, even though its late detective Phil Vanatter was busted cold by the late legal eagle Johnnie Cochran for doctoring the bloody sock evidence in the O.J. Simpson case. Or for lies the LAPD told during its Rampart Scandal and things that caused it to be subject to a federal consent decree. In the case of LAPD Commission Executive Director Richard Tefank, this column directly witnessed him lying under oath in a court of law. No, the LAPD always tells the truth, like the time it admitted that it created rules applied solely to this column (in order to inhibit its corruption reporting).

Barring those, how shall we say, mistakes of the past, the LAPD was hacked.

Note: If, at any of the 23 points of contact that this column made with the LAPD about this story, it asked for it to be kept on the down-low because it poses a safety and investigative issue for them, I would have immediately honored the request, despite its historically abusive posture.

Whether the transmitted content was accurate or not, the LAPD maintains that this deadly warning did not come from them but refuses to explain how it got into its system, browser, and patrol cars.  And that puts every officer in immediate risk because it could happen again with deadly consequences.

Or it is another example of the cover-up being worse than the crime; lying for lying’s sake?

(Daniel Guss, MBA, was runner-up for the 2020 Los Angeles Press Club journalism award for Best Political Commentary and has contributed to CityWatch, KFI AM-640, iHeartMedia, 790-KABC, Cumulus Media, Huffington Post, Los Angeles Daily News, Los Angeles Magazine, Movieline Magazine, Emmy Magazine, Los Angeles Business Journal, Pasadena Star News, Los Angeles Downtown News, and the Los Angeles Times in its Sports, Opinion and Entertainment sections and Sunday Magazine, among other publishers. Follow him on Twitter @TheGussReport. His opinions are his own and do not necessarily reflect the views of CityWatch.) Prepped for CityWatch by Linda Abrams.