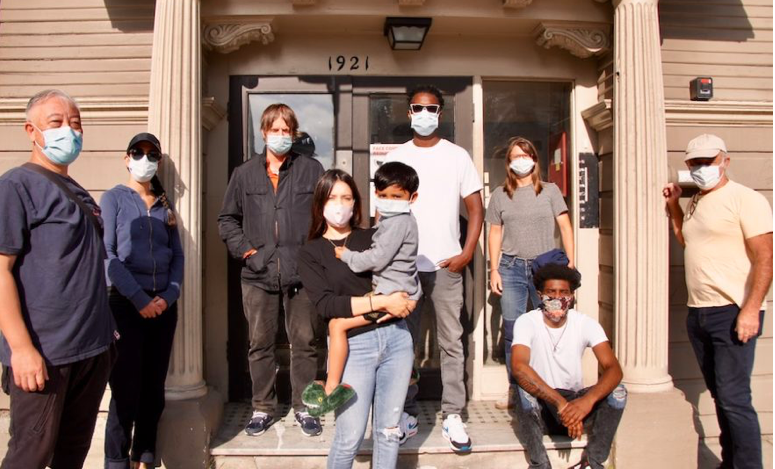 HOUSING IS A HUMAN RIGHT-Natalie Logusch and her neighbors (photo above) have lived in their 111-year-old, Colonial Revival apartment building in downtown Berkeley for years.

They are middle- and working-class people who can only afford to live in the city because the units are rent-controlled. That’s even more important today — having stable, affordable housing is a must to stay healthy during the COVID-19 pandemic. Yet billionaire Jackie Safier and the University of California want to demolish their home.

“We got a letter from the University of California saying they’re going to displace us,” Logusch explains to me. “We got that letter during the height of the pandemic. . . The idea of going out to find another place to live is terrifying because of the pandemic.”

Not only that, due to California’s widespread housing affordability crisis, finding the same kind of affordable housing in Berkeley will be nearly impossible. And once the building is demolished, that affordable housing will be lost forever.

Logusch, who’s in her thirties, and her neighbors (pictured above) are fighting powerful forces. In addition to the University of California, which doesn’t have to abide by local statutes to tear down the building, they’re battling Jackie Safier, CEO of Prometheus Real Estate Group. Prometheus is one of the largest landlords in the Bay Area. 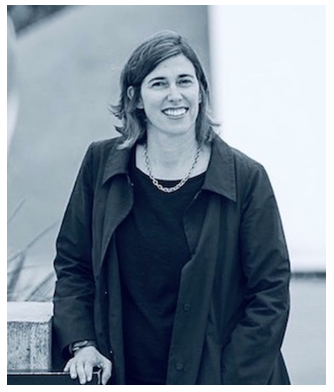 Safier (photo left) has a sordid history when it comes to rent control. Under her leadership, Prometheus was one of the top contributors in the successful effort to stop Proposition 10, the 2018 ballot measure in California that sought to allow communities to expand local rent control policies. Prometheus spent $2.1 million to kill the initiative.

In 2020, Prometheus is now one of top contributors to stop Proposition 21, another California ballot measure that aims to put limits on unfair rent increases. Joining such corporate landlords as Essex Property Trust, AvalonBay Communities, and Equity Residential in opposing Prop 21, Prometheus has so far shelled out $666,920 to Californians for Responsible Housing sponsored by the California Apartment Association, the leading No on 21 campaign committee.

“It’s appalling how the UC is treating us,” says Logusch. “They have not engaged us at all.”

Safier, though, is the key to this problem. Logusch believes that if Safier told the University of California to save the building and construct student housing around it, university officials would listen and change course.

“Jackie Safier is the money behind this project,” says Logusch. “She should recognize the human cost of this and stop it.”

In the meantime, Logusch and her neighbors have no idea when the University of California and Safier will move forward with the project, adding more anxiety to the situation.

“They have given us no time frame,” says Logusch. “For all we know, they could evict us tomorrow.”

Will Jackie Safier do the right thing and save affordable housing for people as the COVID-19 pandemic rages on? Judging from her anti-rent control track record, the billionaire doesn’t care too much about that sort of thing.

“They see us as expendable,” says Logusch.