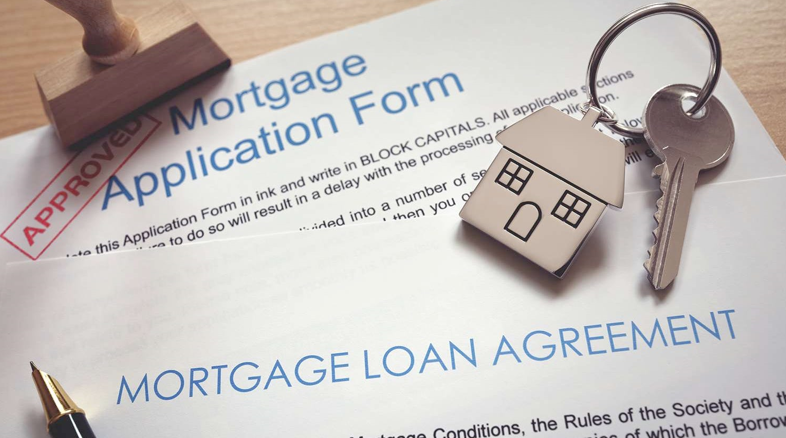 GUEST WORDS-If I could sum up my financial life in one phrase, it would be “thank goodness for no-qualifying loans.”

The no-qualifying loan (or stated-income loan or non-qualifying loan as it is sometimes called) allowed me to buy my first home in Los Angeles in 1986 at the age of 26, and I have relied upon it for every home purchase (and refinance) since. Without it, I would be a tenant today. I have always been a lousy hoop jumper. For example, I have never been in lockstep with the approximately 40-percent, debt-to-income ratio needed for a qualifying loan. I have always preferred a heftier 60-percent ratio. I suppose my finances are as non-conformist as I am.

In the 1980s and 1990s, I moved up the ladder from low-income neighborhoods to pricier ones, but my mortgage payment remained the lion’s share of my expenses. I preferred to forgo travel, restaurants, and other perks in order to own a nice home and build equity -- a decision that proved wise as well as pivotal to wealth-building. No-qualifying loans back then required perfect credit, a hefty 25 percent down payment, and an appraisal at the purchase (or refinance) price. In other words, the loans were not haphazardly doled out to every Tom, Dick, and Harry, despite the fact that tax returns, pay stubs, bank statements, and other documentation were not needed. (They were arguably not really “no-qualifying” at all; they simply required a different type of qualification -- one of significant equity investment.)

Apart from myself, I witnessed how these loans benefited others. I became a Realtor in 1987 and throughout the years represented hundreds of middle-income Americans. I helped many leave a paycheck-to-paycheck apartment existence and buy their first home. The transition was often possible because of the no-qualifying loan. I felt proud as these people became financially stable, then as they accumulated wealth, and finally as they (in a surprisingly large number of cases) established mini-empires, consisting of a handful of income properties in addition to their primary residence.

Then came the 2010 legislation, the Dodd-Frank Act, which effectively outlawed no-qualifying mortgages. I and many of my clients have been unable to buy or refinance since it was passed. In other words, some provisions of this law have hurt middle-class Americans. Politicians also tainted the phrase “no-qualifying loan” by falsely claiming these mortgages were instigators of the 2008 real estate crash, when in truth, these mortgages had been around for decades without high default rates. The actual culprit of the 2008 crash was the loosening of lending standards with respect to credit and down payment for all loans, including qualifying mortgage products.

Congress had loosened lending standards because they hoped to open up homeownership. They wanted to make it easier for borrowers with bad credit and little-to-no down payment to obtain financing. Although increasing property ownership was a noble goal, the result was high foreclosure rates and economic fallout. Many people with poor credit and no equity in their properties simply handed the keys back to the bank when times got tough and hence, we experienced an avalanche of short sales and foreclosures, and a nationwide real estate collapse.

Now it is August 2020, and we are in the midst of a different economic calamity; this time the instigator is the coronavirus. Congress and President Trump are aiming to compile a second relief package by tapping at least a trillion taxpayer dollars. Democrats, Republicans, and the White House are negotiating over extending enhanced unemployment payments, providing another round of stimulus checks, lengthening the school loan forbearance period, continuing the Paycheck Protection Program, and more. As far as I know, there has been no discussion by members of Congress or the White House about helping landlords or homeowners in any direct way, despite the fact that many mom-and-pop property owners have been devastated by the moratorium on evictions and the “cancel rent culture.”

My proposal -- which would cost the taxpayer nothing -- would be to partially repeal Dodd-Frank and bring back the government-backed no-qualifying loan, at least until the COVID-19 crisis is over. No-qualifying loan relief (or NQL relief) would be a logical addition to a comprehensive stimulus package. It could help both homeowners and mom-and-pop landlords. (It should be noted that the number of housing units in the U.S. that are owner occupied is high: it hovers around 80 percent.)

NQL relief could be subject to narrow parameters as it was in the 1980s and 1990s. For example, Congress might decide that borrowers are only allowed to refinance a property (rather than purchase) and the new payment would need to be less than the old one. It has always been irrational to deny someone a loan by telling them, for example, “You don’t qualify for a $2000 mortgage payment on this house even though you have been making a $3000 payment on it for the past decade.” This senselessness is common under Dodd-Frank.

There are other questions that Congress would have to answer. Would borrowers need a minimum amount of equity in their property? Would they need a certain credit score?  Would they be allowed to take cash out of the property if the new payment is less than the previous one? In addition to refinancing opportunities, would purchases also be permitted if the real estate market -- which is currently booming -- begins to stumble and needs a boost? What mechanisms would need to be put in place to assure that no-qualifying loan rates would match the rates for qualifying loans?

Today’s interest rates are at historic lows. A 30-year fixed mortgage can be obtained for 2.75% and a 15-year fixed rate can be as low as 1.875%.  If America’s struggling property owners could refinance into lower payments, they’d have extra money for food, utilities, and other necessities.

(Charlotte Laws, Ph.D. is a Los Angeles Realtor, an Emmy-nominated cable news contributor, and the author of the 2019 memoir, Undercover Debutante. You can follower her on Twitter @CharlotteLaws.)  Photo: Getty Images/Stockphoto. Prepped for CityWatch by Linda Abrams.