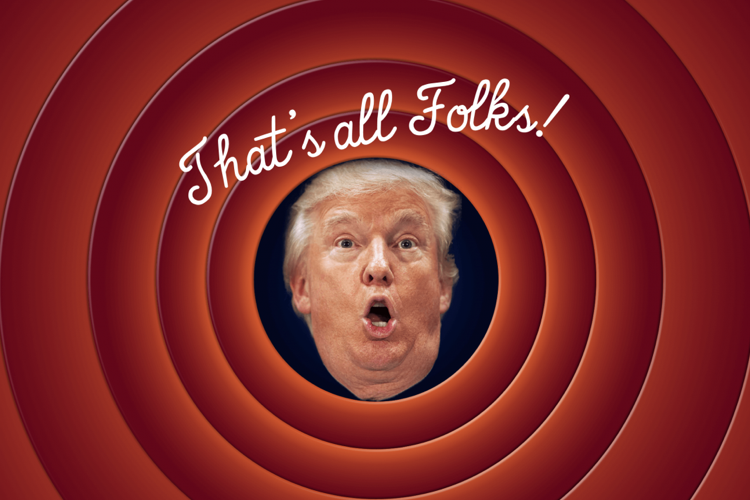 GELFAND’S WORLD--Everyone remembers how Trump pulled off a miracle finish in 2016 by taking Pennsylvania, Michigan, and Wisconsin.

In other words, enough change in public sentiment to swing less than a hundred thousand votes – as long as they are in the right places -- will result in Trump losing the 2020 election.

We’ve had more than three and a half years to experience the Trump presidency, and the public sentiment seems to have modified and later solidified. As of this writing, we are into the last 100 days before the national election, and Trump’s popularity is not only down, it doesn’t seem to be doing any improving.

Naturally, the major polling organizations and the people who follow them have been watching Michigan, Wisconsin, and Pennsylvania closely. If you look at the respected analytic group Five Thirty Eight dot com, the results are getting pretty grim for the Donald: Joe Biden holds a lead of at least seven percent in every one of them. Take a look at the current Pennsylvania polling for example.

The presidency is of course not won by the total vote count in any one state or nationally, but through half a hundred separate statewide elections. But popular sentiment is at least indicative of how people vote across the country, in the sense of whether a candidate will do better or worse this time around. In that sense, Trump is on his way out of the White House. Polling results have consistently shown Trump down to Biden by about ten points – a little better in some polls, and actually even further apart in others. (The fivethirtyeight.com average of polls shows Biden up by 8 points.)

What’s worse for Trump is that when you get this close to the election, things don’t change that much. On the down side, we don’t expect a lot of Trump voters to change their minds at this stage, but on the plus side, we also should expect that people who have grown to loathe Trump aren’t going to switch back to him, or even switch to undecided.

Here’s a couple of bad omens for Trump at the moment. Florida, with its 29 electoral votes, isn’t doing well for the Donald. In recent polls, Biden is averaging a nearly 8 point lead. Remember that Florida is a must-win for Trump (as so many experts have been pointing out) and a Florida win would push Biden way over the 270 electoral vote threshold required. If Biden just stays in his basement and allows nature to take its course, he may take Florida and with it, the whole bag.

Here’s another curiosity. Biden is actually pretty close in that usually hard-right bastion of Texas. If Trump has a bad day – in this case a swing of as little as one percent in the voter turnout – Trump could actually lose Texas, which would result in what would be recognized as a landslide loss by anybody’s definition.

The pollsters like to talk about the possible paths to victory. You need 270 electoral votes, and they have to come from somewhere. The winner has to put together enough states to get to 270 EV’s, and there are various blocs that can be put in play. Back in the old days, the south was known as “the solid south” because it voted solidly for Democrats. That was then, when southern Democrats were on quite the opposite side of racial justice issues. Now, the solid south is mostly solid for Republicans. But in recent elections, Virginia and North Carolina are no longer to be considered part of that bloc, with Virginia substantially a blue state and North Carolina at least a swing state.

A way to play with these pathways yourself

If you were to create a map and then program it so that you can figure out a candidate’s electoral vote total as you play around with wins and losses in individual states, then you would have a way to play with the possible pathways to victory.

Fortunately for us, there is such a map, and you can find it here. This particular version was created by CNN, but you can find similar attempts in other places.

The map linked here starts out with Wisconsin, Michigan, and Pennsylvania as toss-up states, along with Florida, North Carolina, and Arizona. In other words, CNN has taken states that Trump won in 2016 and put them back in the running. Even so, with this starting map, the Democrats are ahead by 232 – 205 in the electoral vote totals.

Just for fun (and to make up for three and a half years of frustration and anxiety), I clicked on Wisconsin, Michigan, and Pennsylvania, converting them to leans-Democratic (turns them to light blue). By switching Wisconsin and Michigan, Joe Biden goes to 258 electoral votes. By adding Pennsylvania to the blue column, Biden goes to 278, which would be a close but real victory.

On the other hand, leaving Wisconsin, Michigan, and Pennsylvania as is (toss-up) but just switching Florida into the blue column pushes Biden to 261 electoral votes. This would get him to the presidency if he can find even one state with 9 electoral votes – which could be Arizona or North Carolina, or any of the original three mentioned above.

In short, either Donald Trump needs to get miraculous results in many states – states in which he trails badly at the moment – or something big needs to change in a way that will cause millions of voters to change their minds in a matter of just a few weeks. And remember that losing Florida is pretty much it for Trump, and according to the polls (as described in the above link), Florida is in fact almost lost already.

The Democrats are going to respond to the current situation by doing their best to get their people to cast as many votes by mail as it is possible to do, and to do so as early and thoroughly as possible. That way, whatever trick or maneuver Trump tries to pull at the last moment, there will already be those votes “in the bank” for the Democrat.

To change the subject: Skip this if you don’t like Wagner:

Suppose you could listen to Richard Wagner’s Ring all in one day?

Now suppose that instead of recordings taken off the shelf back when there were long playing records (anybody remember the “33”?) let’s imagine that somebody performed the entirety of Richard Wagner’s Ring of the Nibelungen in front of thousands of people, made modern-day recordings of the audio, and had the 16 hours of the 4 operas on their own shelves for these past 10 years.

Well, that’s the story of the L.A. Opera Ring, and on Saturday, they played it. From 8 in the morning until well past 11 PM. It was well played and well sung, but we already knew that from the original performances. The main question had been whether L.A. Opera would ever again attempt the Ring, considering the cost of the original and the fairly widespread complaints about the (literally) cartoon-like costumes and the ultra-modernist designs.

Still, it was remarkable to be able to hear world class tenors singing Siegfried and Siegmund, and world class sopranos as Sieglinde and Brunnhilde at the time in 2010. What would it be like to hear the entire Ring performance once again, except that instead of spreading it out over a week, they would just play the operas one after the other in 16 hours, a performance that they referred to as the Ring – a – Thon.

Just a note to the non-Wagnerians who might trifle to read this far: These are among the most interesting characters in either literature or music, and their roles are musically beautiful beyond belief. Just as a hint, the Ring was first performed in its entirety in the year of the American centennial (that is to say, 1876), and it has been performed to full houses due to audience demand since then.

I think it is acceptable to add just a teensy bit of critical analysis to Saturday’s marathon. Some of this follows remarks by learned scholars of the past. The main point deals with the disjunction between the final opera Gotterdammerung and the first three operas. The first three are musical dramas in the true sense of the word, with treachery, greed, love both requited and unrequited, battles to the death, and the haunting music now widely recognized all over the world.

In this case, suffice it to say that the viewer needs some down-time between experiencing Siegfried (the third opera) and Gotterdammerung (the fourth opera). The ending of Siegfried is absolutely rapturous. The two lovers, separated by fire and magic sleep, a killer dragon and murderous dwarves, that and their adolescent fear of each other – are united in a musical extravaganza that should live with the viewer for days, and possibly a lifetime. What else can you say about a final duet where they lovers sing “Radiant love, laughing death” and in German, yet.

With that ending to Siegfried, it’s a bit of a letdown to go right on to Gotterdammerung. The lovers let each other down, engage in treachery, and only ultimately are forced to realize the nobility of the other even as they face their own deaths.

So it takes a while to get to the end of Gotterdammerung, which includes, in its final 15 minutes or so, some of the most sublime music along with some of the most emotionally powerful lines that have been written. Someday, someone may write something that approaches it, but it will never be surpassed.

So that’s what L.A. Opera did over the weekend.