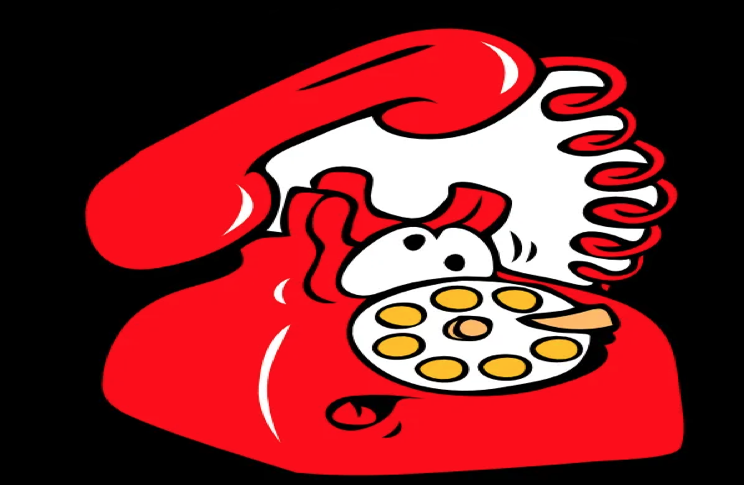 GELFAND’S WORLD--One of the advantages of living in the big city is that services are available, and among the most important are emergency services. It turns out that we have a problem.

One example: A couple of weeks ago, there was a dust-up on our block. It was a legitimate emergency and I dialed 911. I got a busy signal.

On the third or fourth time, I got a connection. But still no human voice, because first, you get a set of recorded instructions. You are told that you will be asked various questions. (I wasn’t.) Eventually I heard an actual voice.

In this case, the 911 operator listened carefully and told me that she would be dispatching the police. Things worked out OK after that, without serious injury or loss of life.

Still, it is disconcerting to reach for the lifeline and find that you cannot make the connection at first. I’m guessing that some people would have given up after the first two or three tries.

The alternatives are worse, as explained by the police themselves

Last week, for the first time, I listened to our local Community Police Advisory Board (CPAB) meeting. As you might expect, the meeting was held online. I’ll discuss some of what happened in this meeting below, but first another experience I had over the phone trying to reach the city.

The 911 number is supposed to be reserved for true emergencies. You don’t use it to complain about some illegally parked car, and you aren’t supposed to tie it up on something trivial. Ideally, 911 provides a rapid and effective lifeline for the heart attacks, the major car crashes, and the threat of violence. If a crazy person is wandering around waving a gun, that is a 911 call in the making.

So one problem is that the 911 system could be overwhelmed on a busy night or even a busy day.

For this reason, the City of Los Angeles has invented a second phone line that is supposed to be used when you need to contact the police for non-emergency issues. They’ve advertised it all over as 877-ASK-LAPD. This is the number you use when somebody has left a car blocking your driveway, or some drunk is wandering down the middle of the street at night in downtown, or for any of the countless other issues that connect citizens to their police department.

On a different day, and for reasons that did not amount to a true emergency, I made use of the 1-877-ASK-LAPD number. It was a weird and frustrating experience because I never got through, not even after more than 20 minutes (probably closer to 30) of recorded announcements, jangling tones, and waiting, followed by a repeat of all of the above, and another repeat, and yet another.

In other words, 1-877-ASK-LAPD really doesn’t work, at least it doesn’t work very well in my experience.

Was I alone in having this poor an experience? That’s where my report on the CPAB meeting comes in.

The CPAB system was created by the LAPD in 1993. It is supposed to provide a way for residents of each area to talk directly to police officers about what is going on in their neighborhoods. Due to the pandemic, the meetings (at least down here in the harbor area) are currently carried out online. I was aware of the upcoming meeting and wanted to find out how to sign in. This is where my story about 1-877-ASK-LAPD comes in.

You see, when I went online and checked out the LAPD website, I couldn’t find a direct link to the CPAB meeting. Those of you who have used ZOOM or its relatives will understand what I’m talking about here – generally there is a clickable link that gets you hooked up to the online meeting. Usually you have to wait a few seconds, and then you can sign in and join the meeting. So, the first problem was to get that link, and I couldn’t find it on any of the LAPD website pages.

So I figured I would try calling the Harbor Division and asking. It didn’t seem like such a strange idea at the time. In living memory, and in movies and television shows, there is a policeman who answers the telephone and responds to your inquiry.

Well, we now have centralization and it is 1-877-ASK-LAPD. I dialed the number and, as described above, waited and waited through all the recordings and jangling and after about half an hour, gave up. Quit. Hung up the phone. Gave up on finding the meeting this way.

However, I do have a friend who is on the CPAB email list, and I was able (finally) to get the clickable link from her. What I’m trying to communicate here is that something as non-emergency as finding the link to a CPAB meeting, a quest which I began a couple of days in advance, was all for naught save my friendship with someone who chanced to be part of the group.

What did I learn at CPAB?

I want to start by pointing out that the meeting itself was carried on with courtesy from the police officers and in a way that allowed everybody else to have a chance to ask questions and to share their concerns. We heard about specific problems and questions about how policing will be impacted by the loss of $150 million from their upcoming budget. (They claim that a lot will be lost.)

But here’s where I was most interested: The civilian leader of CPAB opened by commenting that lots of people are complaining about the 20-30 minute wait time on 877-ASK-LAPD. It turns out that my own experience, as limited as it was, represents the experience of people in general. There are probably plenty of times when the number works efficiently, but not always.

Even more interesting, we then heard from a couple of officers who work in communications. They talked for quite a while but basically just explained that the system is limited, and we are going to suffer these delays. There was no suggestion that the system itself is going to improve much in the near future.

The LAPD budget has been cut by $150 million, but that still leaves about $1.7 billion for this fiscal year. You might think that the brass would find the dollars to maintain communications with the people of this city. Here’s my suggestion not only for the police department, but as a general-purpose neighborhood council resolution:

We might add one additional comment to this remark. The LAPD has traditionally been understaffed. If you talk to an individual police officer, you will hear the same thing. It’s not a secret and hasn’t been since the days of Chief Parker. But there is an additional point -- we the public have some expectations of our own, and certainly the need to hear a human voice on the other end of the line – promptly – is among the highest. But this is not necessarily the fault of the LAPD administration, and certainly isn’t the fault of the people who work the phones. It ought to be a major objective of the Los Angeles City Council to make sure that the system works properly, and this translates to people getting their calls answered quickly.

And yes, I understand that sometimes there are lots of people with lots of reasons to want to contact the police. The rash of fireworks over the July 4 weekend was one of those times. But this raises an additional point, which is that our emergency services are not training the public properly in how to use these resources.

And that leads to the final topic, which is the 911 service. This is a complicated discussion for a couple of reasons, not the least being that calls from your cell phone are handled differently than calls from your land-line (if, that is, you even have a land-line).

But I will summarize what would have been a long discussion with the following statement:

As mentioned, it is clear that the public are not, on the average, well trained in how to use services such as 911 and 877-ASK-LAPD.

Here’s one example. As one of the CPAB participants mentioned, a serious fraction of calls to 911 are not truly emergencies. This creates a serious drag on a hugely important resource. One way to make 911 more efficient – and more effective at answering your call immediately – is for people to avoid dialing 911 for less than a true emergency.

It would be useful if our residents knew how to distinguish emergency from non-emergency, but – equally important -- also understood how to get the crucial information through in as few words as possible. People trained in ham radio will understand what I’m talking about. I’ve got a short piece on this topic which I hope to put up on CityWatch one of these days.

But there is another quandary. Even when we happen to know 877-ASK-LAPD or the number of the local division, we are more likely to get through to 911 in less than 20 minutes. The result is a powerful disincentive to use the general purpose non-emergency number. (By the way, the same experience and critique also hold for the city’s general purpose services number 311, which sometimes works OK and otherwise not at all, like when it is closed for the night.)

Here’s a slightly radical suggestion for the L.A. City Council: Think about putting back some of that $150 million to the city budget, but use it to solidify the currently porous chain of communication between the people and the police department. Get enough people on the phones so that we don’t wait half an hour.