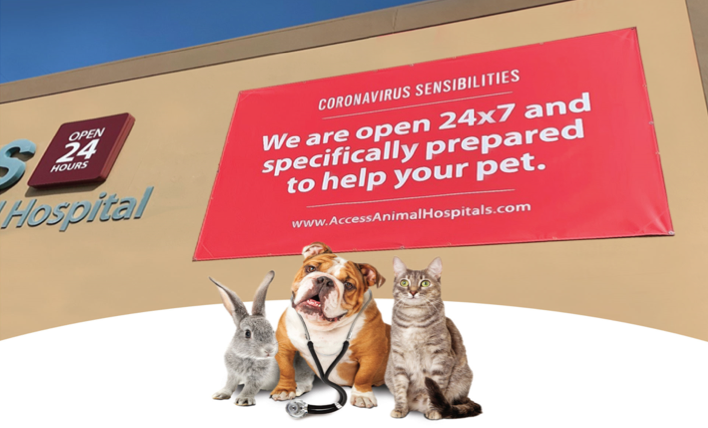 @THE GUSS REPORT-How angry for justice would you be...

if your veterinarian with nearly four decades of experience referred you to a “specialty” veterinary hospital promising – on everything from their medical referral sheet and signage to their website and marketing materials – to provide an advanced level of experience with Board-certified specialists and attentive, intensive levels of critical care and open communication, only to find out that virtually everything it promised was a malicious lie?

How furious would you be if such fraud led to the death of your precious dog or cat while costing you a substantial sum of money?

What if you sleuth your way into finding out that the veterinarian-on-site when your pet died falsified the timing and circumstances surrounding her death; failed to keep proper veterinary records; ignored questions about your bill; failed to answer even a single question about the death and – the coup de grâce – not only wasn’t a Board-certified specialist but had only been licensed to practice veterinary medicine in California for just four months and went to Ross University, a then-unaccredited off-shore school in the West Indies owned by DeVry, Inc., which had been sued by its own students for fraud. (In 2016, DeVry also paid $100 million to former students in a deceptive practices lawsuit by the Federal Trade Commission).

You would be outraged if, instead of attending to your pet’s immediate medical needs when her condition was critical, this veterinarian instead picked up a phone to call you to say your dog is “going down quickly” when she could easily have had an assistant make the call so she could focus on saving your pet’s life.

In this instance, the pet in question was already dead and Dr. Jennifer Geiger, the veterinarian in question, was trying to create an alibi for her negligence, as alleged in the video linked later in this column. Among other things, it shows how her alibi backfired on her.

That is what happened to this columnist and my precious, gregarious love bug of a rescue dog, Judi.  It is what led me to file a lawsuit against ACCESS Specialty Animal Hospitals; City of Angels Veterinary Specialty Center; Richard Mills, DVM; Howard Liberson; Jennifer Geiger, DVM; Andrew Cruickshank, DVM; Yonathan Buks, DVM and Does 1 through 10.

The lawsuit is where Beverly Hills attorney Tristram Buckley comes into the story.

ACCESS killed his dog, Shelby, under similar circumstances. He sued the hospitals, its owners (which include Richard Mills, DVM), and Siobhan O’Neill, DVM, before reaching an out-of-court settlement. He now represents this columnist as well as other victims of ACCESS Specialty Animal Hospitals.

Buckley says, “I brought Shelby to this ‘specialist’ veterinary facility owned by Dr. Richard Mills where I was told by Dr. O’Neill herself that she was a specialist, so I paid them thousands of dollars believing that I was getting my dog specialty veterinary care for which I paid top dollar. I discovered ACCESS was not rendering the proper care for Shelby and they were effectively starving her. She went in strong and several days later when she was discharged, she could barely stand. She died the next day. I was devastated. I then discovered Dr. O’Neill was not a specialist and, to the contrary, had just become a licensed veterinarian in California.”

But just when you think you’ve heard the worst of it, the ACCESS veterinary fraud had even deadlier consequences.

“I then discovered countless terrible reviews about ACCESS on Yelp,” Buckley says, “and then I learned of a woman, Betty Dews, who, according to her husband, had killed herself following her experience with ACCESS and the death of her dog, Clooney. The more I learned, the more ACCESS customers I spoke with, the more shocking their experiences were.”

When a column I wrote for CityWatch detailing the California Veterinary Medical Board’s disinterest in what was going on at ACCESS found its way to Buckley and several of his other clients, this deadly fraud finally started seeing the light of day as ACCESS’s victims started finding one another and speaking out.

There is now a Facebook page with more than a hundred such ACCESS experiences detailed. The details of how I exposed ACCESS’s fraud, cover-ups and web of lies in Judi’s case are in this video, with other victims’ videos to follow. What happened to Judi was no one-off, isolated incident but rather a deadly, deliberate and greedy veterinary practice known as “fake it ‘til you make it,” where you are promised the highest level of veterinary care at steep prices, but what you get is a cheap, deadly fraud.

If you believe you are a victim of ACCESS Specialty Animal Hospitals or any of these or their other veterinarians or facilities, you can reach Tristram Buckley at [email protected].

(Daniel Guss, MBA, is nominated for a 2020 Los Angeles Press Club journalism award for Best Political Commentary, and has contributed to CityWatch, KFI AM-640, iHeartMedia, 790-KABC, Cumulus Media, Huffington Post, Los Angeles Daily News, Los Angeles Magazine, Movieline Magazine, Emmy Magazine, Los Angeles Business Journal, Pasadena Star News, Los Angeles Downtown News, and the Los Angeles Times in its Sports, Opinion and Entertainment sections and Sunday Magazine, among other publishers. Follow him on Twitter @TheGussReport. His opinions are his own and do not necessarily reflect the views of CityWatch.) Prepped for CityWatch by Linda Abrams.