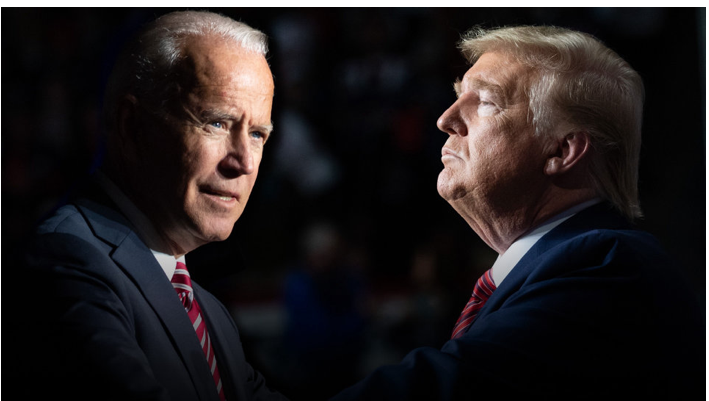 GELFAND’S WORLD--In a few more weeks, the presidential nominations will become official: Joe Biden for the Democrats and Donald Trump for the Republicans.

In an ordinary election season, there would be a series of behind-the-scenes negotiations between the two sides over the forms and rules for the presidential debates. There is actually a private organization that is supposed to oversee these negotiations and ultimately the debates themselves.

But that was before the virus, and before the cancelling of most mass gatherings.

Recently, we’ve been hearing rumors that the Trump campaign wants four debates instead of just three. That is the symptom of a campaign that knows it is behind.

At this point, the Biden campaign has an official position that it accepts the current debate format.  If you read the announcement carefully, it is clear that they are leaving a bit of wiggle room, basically accusing the Trump campaign of trying to create an edge because Trump is losing. This is probably the best tactical approach at the moment, but a dramatic upsurge in the Covid-19 epidemic might be reason enough to postpone the debates, which would be, in practice, to cancel them.

Suppose there were no presidential debates in 2020? The most likely scenario is that Joe Biden would cruise to an easy victory, taking back Wisconsin, Michigan, and Pennsylvania for the Democrats and most likely a couple or three other swing states along the way. Biden has an easy 300 electoral votes in store if he does nothing. That’s because Trump is in a political hole and just keeps digging away.

Of course it’s not that easy for Biden to avoid debating without taking flak from the entire right wing noise machine – he would be accused of ducking the debates, which would be hard to refute because it would be true.

But the virus provides not only a substantial reason for avoiding the usual sort of debate, it provides a lot of cover for making a few demands that, in another presidential year, wouldn’t be taken seriously. The Biden campaign should refuse any and all procedures that involve physical contact or even proximity of candidates – a Zoom debate with careful controls would be one possibility, and when the Trump campaign complains and makes demands, it would then be possible to delay and delay until a real debate is no longer possible: “Sorry, but the Trump campaign has been reckless and unreasonable about protecting the public and the candidates from the pandemic.”

There’s no plus side to Joe Biden debating Donald Trump. Here’s the problem: Trump lies so convincingly that it’s next to impossible to embarrass him. To quote the original description, Trump lies the way other people breathe. So any debate would involve some reporter asking a typical gotcha question such as, “Mr. President, the corona virus has killed 150,000 Americans on your watch, yet when asked, you said that you take no responsibility for it. Do you now take at least some responsibility?” And it will be off to the races, with Trump blaming the Chinese and the Democrats and even one or two Republicans (the senator from Alaska) for allowing it all to happen. He will toss a bone to his supporters by repeating some of his more ridiculous logic using his patented brand of Trump-lish. And Biden will be left to attempt to craft a response, given perhaps a two minute window to speak.

The problem is that it is hugely more difficult to counter a lie than to state one. Lies are easy to tell and difficult to refute. “A lie is half way around the world before the truth has its boots on,” as the old saying goes. It also takes a lot more fact-telling and citations to start to make the case that what you heard from the other guy is wrong.

An example: Over the years, when asked about Global warming, Trump would toss off a quick response along the lines of “I don’t believe that,” and there you would be, stuck in the bog of explaining that there is a monumental amount of evidence that says it’s so. The deniers don’t have to do this; they just cite some long-ago misstatement of an email exchange between a couple of climate historians (not even planetary physicists, mind you) and pretend that they have made a case. Meanwhile the arctic is melting, species are going extinct, and tropical diseases are making their way northward, but explaining all these things takes time and effort.

There is yet another reason for avoiding the traditional presidential debates. It’s the so-called moderators. In recent years, the questioners have been populated from the ranks of television newscasters and big city newspaper reporters and columnists. The problem is that they ask general questions and don’t really get to do effective follow up. In this, the fourth year of the Trump presidency, there is a huge amount of history to go over:

Trump’s record of tens of thousands of lies

So, suppose one of the moderators really went after Trump as a liar and traitor? As the billionaire’s billionaire? As an all-around jerk?

That would be worth watching. But we all know that this is unlikely to happen.

There would be one other useful outcome of a presidential debate, were it to happen: There are not many chances to speak directly to the Fox News audience if you are not Fox News. This would be one of them. Sowing the seeds of doubt among such viewers would be a limited opportunity at best, considering their known propensity to believe what they are told. But it would be an opportunity to elevate the concept of Fox News Bias to the same level that Fox and talk radio try to attack the mass media for their supposed “liberal bias.”

In any case, Biden faces a quandary. Debating a serial liar is the most difficult sort of challenge. Perhaps the best (and most likely) Biden strategy would be to make a general statement that Trump bends the truth, the nation is in trying times, and that a new presidency offers renewed hope for getting us out of the economic and medical difficulties we are currently stuck in.

One last thought; If we actually have to have presidential debates, then put Adam Schiff on the panel of moderators.