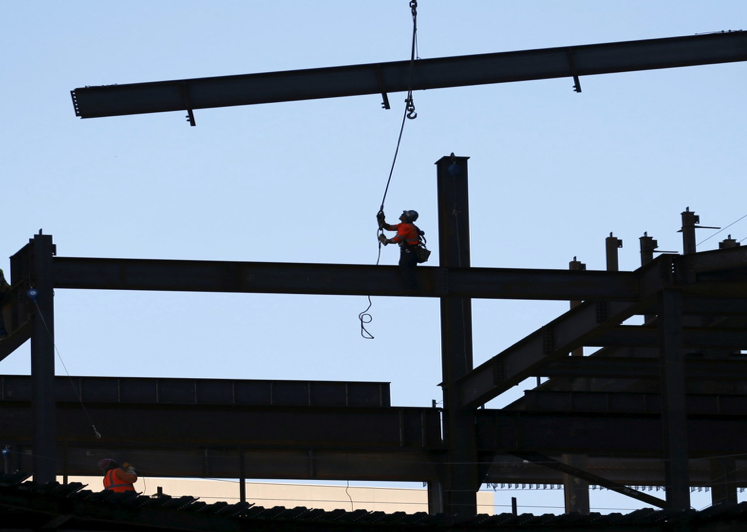 Last week, attorneys for the community coalition Stop the Millennium Hollywood, with no warning, learned that Los Angeles City Planning Director Vince Bertoni approved a fast-track 45-day public comment period for the massive Environmental Impact Report on the proposed Hollywood skyscrapers. This, during the strictest stay-at-home period Angelenos have faced since the pandemic began.

The community coalition urged Mayor Eric Garcetti not to take advantage of the COVID-19 crisis to violate the public's due process rights and urged the mayor to extend the comment period until the stay-at-home order is lifted.

Stop the Millennium Hollywood's attorney, Robert Silverstein, warned that residents without easy access to a computer have been shut out, and that there is "every reason to expect" that Caltrans and the California Geological Survey — both of which actively commented on a previous iteration of the dual skyscraper project — "will be concerned about the public safety impacts posed by the project this time." But, Silverstein said, "they are hobbled by limited staffing and access to their offices and materials. For example, Caltrans District 7's entire offices are closed and its personnel scattered."

The community is wary of the three billionaires for good reason. Wealthy residents of their infamous tilting San Francisco tower, including sports stars Joe Montana, Kevin Durant, Hunter Pence, and Dropbox co-founder Drew Houston, learned they could roll a ball merely by placing it on the floor. One headline from Business Insider about the three billionaires' sinking skyscraper stated, "Here's Everything That's Gone Wrong in the Past Decade."

Frightening nicknames won't stop this ill-advised and, to be clear, illegal development. But shining light on the sudden rush of paperwork through the City Planning Department this month, amidst COVID-19 and mass furloughs of city employees, might give Los Angeles city officials, the media, and members of the public, pause.

The Millennium Towers/Hollywood Center offers a new angle in the growing federal corruption probe into bribery and huge cash payments made to Los Angeles officials. How were the twin towers approved six-and-a-half years ago? Why did the city then defy an extremely powerful, written protest by California State Geologist John Parrish?

Parrish urged L.A. elected officials not to approve the 35-story and 39-story skyscrapers to be built within feet of, and partially atop, the active "rupture fault" that over time sliced open Hollywood, creating its long-broken slope and the flat ribbon that is now Los Feliz Boulevard.

The two pivotal votes in the original approval of the Millennium Towers/Hollywood Center are now the two lead suspects in a widening federal corruption probe of Los Angeles City Hall. Former City Councilmember Mitch Englander last month pled guilty to obstructing a federal bribery investigation, and sitting City Councilmember Jose Huizar was identified by the Los Angeles Times on April 15 as the unnamed councilmember who, according to federal documents, demanded a $1.2 million bribe from a downtown developer, and in the end accepted between $200,000 and $400,000 — in a paper sack.

It was Englander and Huizar who in mid-2013 provided two pivotal votes on the City Council’s powerful Planning and Land Use Management Committee (PLUM) to approve Millennium Hollywood with a 3-0 vote. After that vote, the skyscrapers were treated by city officials as a done deal. As Curbed LA wrote of that vote, “PLUM committee member Mitch Englander also chimed in, agreeing that there was a seismic threat at the site, but that it was the same threat posed to the entire city. Which was not very reassuring.”

Aaron Epstein, a respected lifelong business owner on Hollywood Boulevard, said, "This project cannot go forward until we understand why Mitch Englander and Jose Huizar so readily backed these dangerous skyscrapers. Given their corrupt activities alleged by federal investigators, it begs the question of why Englander and Huizar so aggressively ignored the state's mapping of the (Hollywood Earthquake) Fault's location. They ignored experts who agreed the two towers' foundations could be split in the case of a ground rupture, and the towers could collapse upon the community below.”

Separately from Stop the Millennium Hollywood’s battle with the City of L.A., Sean B. Hecht,  co-director of the Frank G. Wells Environmental Law Clinic at UCLA Law School, has informed the mayor that the city’s actions in response to COVID-19 “have sharply limited public access to draft EIRs and other documents, and have thus rendered it impossible to have a full, fair, and transparent public review process for projects and plans currently in process.” Hecht cited cascading failures in the public hearing process, from “EIRs and other documents inaccessible in paper form” to city notices recommending the public visit city libraries  “where the documents are either not, in fact, available, or where members of the public may not appear.” After Hecht sent his letter, the libraries all closed.

Members of Stop the Millennium Hollywood say that residents of Los Angeles cannot let city officials rush a strongly disputed project that threatens public safety. While L.A. city officials, under a black cloud, may try to argue that the skyscrapers will create jobs in a year or two, the proposed Hollywood Center towers will threaten those who work, live, walk or drive within its collapse zone, forever.

This firm and the undersigned represent stopthemillenniumhollywood.com (“STMH”), a community group that actively participated in, and litigated against, the prior iteration of the newly named “Hollywood Center” project. STMH and its supporters have an interest in actively and meaningfully participating in the current DEIR comment process, but cannot do so in the constrained, 45-day comment period imposed by the City.

We object to the City providing only the minimum allowed comment period during the unprecedented economic, social and public health upheaval resulting from the COVID-19 pandemic. The pandemic has resulted in City and State emergency declarations and stay-at-home orders that prohibit members of the public from conducting travel to visit the Department of City Planning offices for in-person review of documents. Members of the public who rely on in-person document review risk being silenced altogether, as public libraries have closed and residents are legally prohibited from non-essential travel to use a friend or neighbor’s computer and internet. Greater time is essential for the public to safely and lawfully access the DEIR and to be able to formulate comments on it.

The bare minimum 45-day comment period further prejudices STMH and the public by preventing other governmental agencies from having adequate time to fairly review and comment on the DEIR. At least two state agencies, Caltrans and the California Geological Survey, were previously involved in and actively commented on the prior iteration of the proposed project. There is every reason to expect they will be concerned about the public safety impacts posed by the project this time. However, they are hobbled by limited staffing and access to their offices and materials. For example, Caltrans District 7’s entire offices are closed and its personnel scattered. Indeed, I assume that you yourself, as well as Planning Department officials copied on this letter, are not physically in your offices in any normal sense.

It cannot be possible that Mayor Garcetti, Councilman O’Farrell, and City Planning believe the minimum 45 days for the public to comment is appropriate under these trying circumstances. The commencement of the running of the DEIR comment period, which period should be at least 90 days, should be tolled to a date after the lifting of local and state stay-at-home orders. At a minimum, it should be extended to 120 days from yesterday.

Given the thousands of pages of technical documents just released, and the impacts of the crisis now raging, anything less will prejudice the public and governmental agencies whose duties are to protect the public health, safety and welfare.

Please include this letter in the administrative record for this matter, and please promptly reply with a public announcement tolling or extending the comment period.