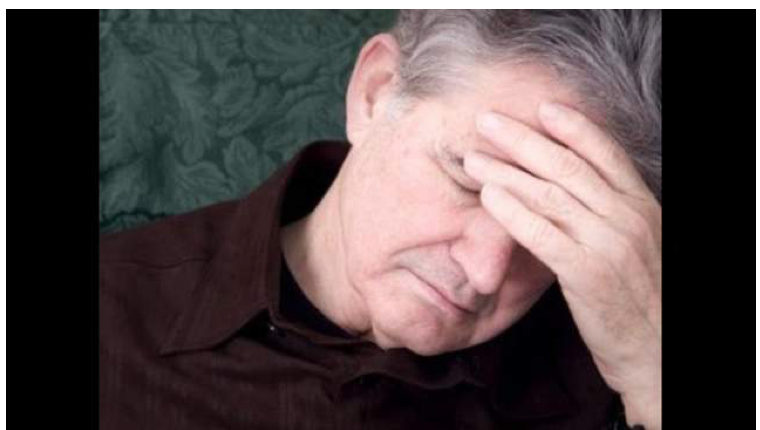 ONE MAN’S OPINION--Because the self-proclaimed “stable genius” is a “fucking moron,” it is easy to overlook the actual origin of the current crisis.

When Rex Tillerson, then US Secretary of State and former head of ExxonMobil, called Trump a “fucking moron,” he was accurate. Tillerson was doing what all people should do, “Speak Truth to Power.”

So why did misfortunes befall King David after he repented, but the American people are bearing the misfortunes after Trump fired Tillerson and purged a host of other truth sayers, like the White House Pandemic response team?

We The People Failed to Heed Decades of Warnings

Fake News and the trashing of facts did not begin with Trump. No matter who warned us, we ignored the warnings.  “Fatally Flawed Data and Wishful Thinking” was Judge Allan Goodman’s January 2014 ruling that the city of Los Angeles uses Lies and Myths as the basis of its decisions.  Did Judge Goodman deter Garcetti and the City Council from its reckless course of conduct? No!  The city continued to base its land use decisions on the same lies and myths which caused Judge Goodman to reject Garcetti’s 2012 Hollywood Community Plan Update.  Within a few months, Judge Goodman was off the bench. Why? No one is talking, but we also know that after a phone call from a proponent for uber density in Hollywood and without any hearing, Justice Paul Turner (dec) removed SaveHywd’s and Hollywoodians for Logical Planning’s (HELP) attorney who had done the work on which

Judge Goodman based his ruling.  When Justice Turner learned that HELP had another Jewish attorney, he threatened that attorney with financial ruin unless he quit representing the petitioners so that only Justice Turner’s prodensity buddy was the attorney. The cowardly co-justices in appellate division five watched on in silence.  By this time, California Chief Justice Tani Gorre Cantil-Sakauye had agreed with Judge Torribio and Justice Turner that judges had a state constitutional right to remove attorneys if the attorneys were Jewish.  (Yes, my case is still in litigation.)

Let’s be clear that Trump did not begin the government’s use of “Fatally Flawed Data and Wishful Thinking,” nor is his retaliation against people who spoke truth to power a novel ploy.

Everyone in the judiciary including the official coverup agency the Commission on Judicial Performance (CJP), found nothing wrong with removing attorneys who present data which the billionaires dislike or who had the wrong ethnicity to please the judges.  What happened when the attorney complained? The State Bar instituted disciplinary proceedings against him for his complaining about religious-ethnic discrimination.  As the State Bar and the corrupt judiciary had done with Attorney Richard I Fine – if you complain about corruption, the courts will bankrupt and disbar you.

What Consequences Came from the City’s Lies and Myths?

The Lies and Myths continued non-stop. The Homeless Crisis was one direct result. Garcetti’s Manhattanization, which was based upon Lies and Myths, relied on the destruction of rent controlled apartments.  Way over 65,000 poor people lost their homes so that Garcetti’s buddies could gobble up the cheapest properties in order to construct their super dense projects. When a 70-year-old disabled person on $950/mo Social Security loses her $450/m apartment, she faces only market rate apartments.  Garcetti and the city council knew that their policies were forcing tens of thousands of poor people into the streets because of the legal principle “Buy Low Sell High” in other words -- destroy rent controlled apartments in order to construct luxury condos.

What Has Been the Media Response to Homeless Deaths?

The LA media led by Pravda West (LA Times) has adopted two basic approaches. (1) Ignore the deaths (2) Blame the victims.  When people find dead people lying on the sidewalk between the City Hall and its annex, some take notice.  Then, we get news stories about how many homeless people do not want to live indoors.  Does KNBC ever ask a person who’s been thrown out of her apartment to make room for a Garcetti developer if she would have preferred to stay in her home of 30 years or live on the streets? No, they track down some schizophrenic and ask him.  Next, they blame drug use since all drug addicts are bad people who deserve no help.  They never ask whether his drug use began before or after he was thrown on to the streets? The LA media is a full-time propaganda machine for the rich and famous.

If the death rate in Bel Air hit 1 in every 53 residents tomorrow, do you think KNBC’s Conan Patrick Nolan, moderator of Los Angeles TV’s longest TV news show since 1966, would focus on how many dead executives had used coke or drank too much?

The Reality No One Will Face

We are a nation which thrives on Lies and Myths and we have no room for anyone or any institution which tells the truth or acts with a modicum of integrity.  The Council of Judicial Performance’s function is to protect criminal behavior among judges. Along with the State Bar, they will target

attorneys for disclose judicial wrongdoing.  Don’t think that only lowly attorneys are subject to abuse.  Is anyone so naive as to believe that the irascible Alex Kozinski was the only judge who had some untoward sexual mishaps? As court watchers know, for decades he was at the forefront of exposing attorney and judicial misconduct. Ironically, Kozinski called the misconduct an “epidemic.”  El chisme has it that the Chief Justice of the US Supreme Court John Roberts played a significant role in Judge K’s stepping down.

From its tippy tip top to its man of the street, America favors “fatally flawed data and wishful thinking.”  So, stop being shocked that Trump cut medical research and disbanded the Pandemic team and then denied it.  Don’t complain that Trump said that Covid-19 is just like the flu and it’s OK to shake hands and hug people.  When you do not hold leaders responsible as the homeless death toll marches towards plague levels, don’t be surprised that complacency in the face of Lies and Myths turns out to be the common thread to our current misfortunes.

We have fashioned a predatory society where the financial greed of the 1% tramples all other considerations.  If a corrupt judge wants a widow’s property, you can be certain that the CJP, the State Bar and the California’s chief justice will support the judge.  When Judge Richard Fruin rules that the city council’s actions including the rampant destruction of poor people’s homes contrary to law is “non-justiciable,” don’t be surprised when typhoid invades city hall.  When the courts close their eyes to the mafiazation of LA trash hauling, don’t be surprised that flea infested rats proliferate among the homeless.  When Judge Fruin’s non-justiciable city council fraudulently inflates housing prices driving out Family Millennials, don’t be surprised when the city’s future tax base is decimated.  When the County District Attorney protects the rich, famous and powerful don’t be surprised that rape stalks Hollywood until it become politically harmful to her career.

If you do not want to live in a crimogenic society where wealth continues to flow to the top 1%, start holding the media and the politicians responsible for the constant diet of Lies and Myths.

(Richard Lee Abrams is a Los Angeles attorney and a CityWatch contributor. He can be reached at: Rickleeabrams@Gmail.com. Abrams views are his own and do not necessarily reflect the views of CityWatch.) Image: Harvard Gazette.