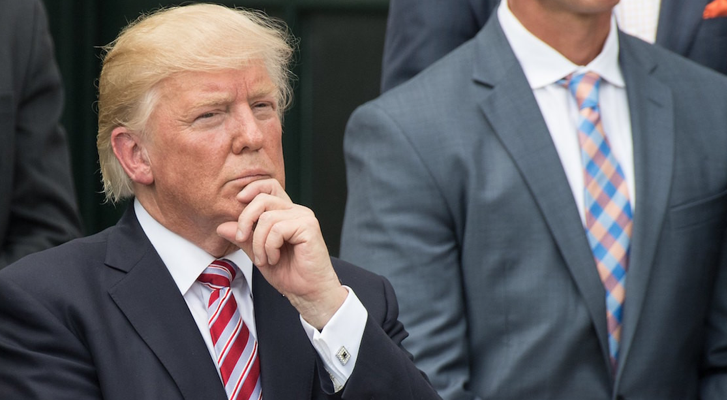 WORLD WATCH--Sadly, we have become accustomed to Trump’s lies and misstatements about the presumed progress the US made under his watch.

It’s time to take a hard look at his domestic policy which is inflicting terrible damage and anguish on the majority of Americans. Trump knows that he lies regarding just about everything, but he continues to successfully sell his lies to his base, representing the 25 to 30 percent of Americans who still believe every word he says. In my previous article I addressed Trump’s chaotic foreign policy, and in this article, I provide a brief review of Trump’s dismal domestic failures and their implications.

Trump’s immigration policy has repeatedly disgraced this country, which was built by immigrants and has been a beacon of hope for those seeking a new life and new opportunities. The outrage began with his “Muslim ban”, targeting those from Muslim-majority countries that he deemed a threat, followed by even more discriminatory executive orders and proclamations. In another ban, he targeted asylum seekers at the southern US border and shamelessly ordered the separation of children from their parents, placing them in cages unfit even for stray animals.

He refused to consider legislation that would grant citizenship to the approximately two million Dreamers, including nearly 700,000 DACA recipients, who know no other country. They are hardworking, loyal, and have no place else to go. He insists on building a useless wall along the Mexican border costing billions of dollars, which by all accounts will be ineffective and will not stop a determined migrant from crossing it. Finally, he refused to grant a path to citizenship to nearly 11 million undocumented immigrants who are an integral part not just of American industries, but American culture. He put in charge of immigration policy his ruthless, disdainful, and white supremacist advisor Steven Miller, whose narrow-minded approach to immigration is surpassed only by his bigotry and hollow soul.

Trump’s tax cut legislation far from benefits all Americans. In fact, every study shows that the tax bill benefits the rich the most, and is in fact harming middle class and low income families. While unemployment is at a record low, wages remain stagnant and an increasing number of families are often forced to choose between food and medicine. He dishonestly equates the stock market’s breaking records (before the outbreak of the coronavirus) to the health of the economy, when in fact the vast majority of Americans do not trade in the stock market and derive no benefit from the market’s past repeated gains.

While Trump claimed that “Married couples won’t pay a dime of income tax on their first $24,000 of income. A typical family of four earning $75,000 a year will see their tax bill slashed in half…”, the tax cut also increased the national debt by over $1 trillion, while poverty is on the rise.

Since Trump tried and failed to repeal Obamacare, he has opted instead to gut it as much as possible, causing many millions to lose coverage. Trump constantly lies regarding his positions, especially about preexisting conditions. For example, he tweeted: “I was the person who saved Pre-Existing Conditions in your Healthcare, you have it now…” The reality is that healthcare for people with preexisting conditions was guaranteed by Obama’s Affordable Care Act; Trump’s proposed alternative doesn’t cover preexisting conditions and his claim to the contrary is a flat-out lie designed to bolster support from his base.

To prove his determination to gut federal support from safety net programs, including healthcare, Trump proposes cutting billions of dollars from these vital programs from his $4.8 trillion federal budget proposal for 2021. This includes $1 trillion in cuts to Medicaid and the Affordable Care Act over a decade, which strongly contradicts his public statements.

The National Center for Children in Poverty estimates that 15 million children in the Unites States – 21 percent of all American children – live in families with incomes below the federal poverty threshold, a measurement which has been shown to underestimate the basic needs of families. It is estimated that 3.5 million Americans—including 1.25 million children—will suffer one or more episodes of homelessness over the course of this year.

In 2019, the US spent more than $100 billion on the Child Tax Credit, the single largest federal expenditure meant to benefit children. The only problem with it, however, is that it fails to help those who need the tax credit the most. Twenty-three million children are ineligible for the full Child Tax Credit because their parents earn too little to qualify, as its current structure benefits higher income families. Over 50 percent of Hispanic and Black, non-Hispanic children are ineligible to benefit in full, and nearly 1 in 5 Black, non-Hispanic children do not benefit at all.

Another of Trump’s gravest domestic failures is not proposing any significant legislation to address America’s crumbling infrastructure, which he championed during his run for president in 2016. The American Society of Civil Engineers (ASCE) says that this country’s infrastructure is in desperate need of investment. On its 2017 Infrastructure Report Card, which looks at 16 different categories, the country received a D+, the same grade it received in 2013.

The ASCE estimates that we need to spend roughly $4.5 trillion over the next five years to fix the country’s roads, bridges, dams, and other infrastructure. In the past 20 years alone, there have been a number of catastrophic bridge failures leading to the deaths and injuries of hundreds, including the Minneapolis, MN bridge collapse in 2007, which killed 13 and injured 145. The poor condition of America’s roads, waterways, parks, and schools have affected cities and small towns across the country. The increasing number of floods, which are due in part to climate change, are made worse due to failing infrastructure. The Nebraska Department of Natural Resources reported in 2018 that “deficiencies exist which would lead to dam failure during rare, extreme events.” Even America’s drinking water got a D, as many of the one million pipes in use are nearly 100 years old and in dire need of repair.

Trump’s denial of climate change is one of the most dangerous positions he has taken as president. His numerous actions, including withdrawing from the Paris Agreement on climate change, increasing environmental deregulation, and embedding climate change deniers in the EPA and Department of the Interior, are nothing but dangerous shams. The scientific evidence of climate change is overwhelming, but then Trump continues to claim that climate change is fiction, crying “Global warming is an expensive hoax!” and that “we must reject the perennial prophets of doom and their prediction of the apocalypse”. The unprecedented fires in the Amazon, Australia, and California, rising sea temperatures, and the intensity of hurricanes all point to the ominous danger of climate change that only a blind man like Trump can deny.

In August 2019, the Trump administration laid out plans to cut back on regulations for methane emissions, which are known to be a major contributor to climate change. The US is the second-largest polluter in the world after China, and more than any other country it bears the responsibility to cut down on gas emissions. In addition, according to the New York Times, “Mr. Trump has sought to open millions of acres of public land and water to drilling, including the Arctic National Wildlife Refuge, and has lifted an Obama-era moratorium on new coal mining leases on public land.”

America’s opioid crisis affects people from all walks of life and economic backgrounds — young and old, male and female. According to the National Institute on Drug Abuse, between 21 to 29 percent of patients prescribed opioids misuse them, 8 to 12 percent develop an addiction, and 4 to 6 percent who misuse prescription opioids eventually transition to heroin. In addition, roughly 130 people die every day after overdosing on opioids — which includes prescription pain killers, heroin, and synthetics such as fentanyl.

Trump’s response to the epidemic has been dismal, even though he likes to take credit for the overall drop in drug overdose deaths in 2018. Even with that drop, 2018 was still the second highest year on record in terms of the overdose death toll — surpassed only by 2017. The opioid crisis is at its heart a public health crisis, yet Trump continues to advocate pulling funding for Medicaid and repealing the Affordable Care Act, programs which have enabled especially low-income Americans to access health care and have been shown to reduce opioid-related overdose deaths.

Trump’s unwillingness to enact gun control laws makes him complicit in the deaths of the more than 100 Americans killed every day by firearms. In 2017, gun deaths reached their highest level since 1968, with nearly 40,000 deaths by firearms. For every person killed in a gun homicide, there are six others injured in a gun assault. Additionally, as the Giffords Law Center reports, there is an average of one mass shooting every day in the US.

Even on background checks and assault rifles, Trump flip-flopped because he has really never committed himself genuinely to enact any effective gun control laws. Furthermore, Trump regularly ties mass shooting to mental illness alone, and calls for more mental institutions rather than stricter gun laws. Trump has done virtually nothing to enact common sense gun legislation and has remained entirely in the pocket of the gun lobby and the NRA.

Despite Trump’s claims to the contrary, his trade wars have done little to offset the gap between US imports and exports to China, which favor the latter. American farmers are angry over Trump’s lies in his trade war with China. According to the Washington Post, China’s tariffs are closing off the biggest export market for US agricultural products in the world.

Trump’s lies and misstatements about trade apply equally to NAFTA. Again, in one of his misleading remarks, he said: “We’re taking NAFTA – one of the worst deals ever made in the history of trade – and we are redoing it…We lost thousands of factories and millions of jobs because of NAFTA…We’re turning it around. Already, Chrysler is coming back with auto plants… We’re making incredible trade deals.” In fact, the newly-negotiated USMCA trade agreement hardly differs from NAFTA, but leave it to Trump to boast about how much better the new trade deal is.

In sum, Trump’s disastrous domestic policies will impact the lives and wellbeing of most Americans for years to come. His failures must be exposed for all to see, and drastic corrective measures must be taken to address them systematically. The cost will certainly be astronomical, but then, with a clear vision, determination, and responsible budgeting and equitable taxation over a period of five to seven years, much of America’s domestic ills can be addressed on a continuing basis.

America’s future national security and global leadership is intertwined, as it has always been, with its domestic health and vitality. Any Republican or Democratic president who fails to grasp this reality will do so at their peril.

(Dr. Alon Ben-Meir is a professor of international relations at the Center for Global Affairs at NYU. He teaches courses on international negotiation and Middle Eastern studies and is a CityWatch contributor.)