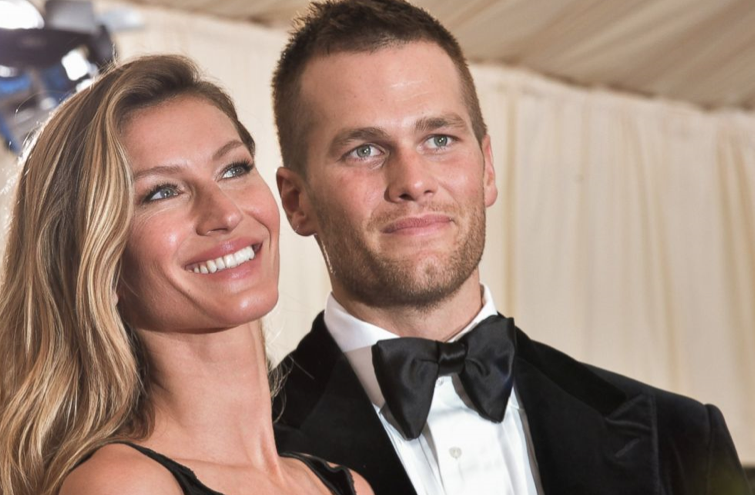 @THE GUSS REPORT-Wikipedia says “he was the prototype of the modern era marquee quarterback, with a strong passing game, media fanfare, and widespread popularity. He has been consistently listed as one of the greatest NFL players of all time.”

The subject isn’t the NFL’s Tom Brady, but NFL Hall-of-Famer Johnny Unitas, who was Brady before Brady was born. But why mention Unitas so many years after he passed precisely one year after 9/11?

Because Brady, who led the New England Patriots to an unprecedented six Super Bowl championships in a career still chugging along after 19 years, including one missed season due to injury, is exploring free agency for the first time, including possibly joining the Los Angeles Chargers.

But it could also be because he and glamour wife Gisele Bündchen want to get closer to the entertainment industry for the next phase of their careers. And, of course, infinitely better weather.

Still, LA would be a mistake for Brady if Unitas’ history is any indication.

After playing 17 years with the Baltimore Colts, Johnny U. was traded to the then-San Diego Chargers in 1973 for a disastrous half-season he played at age 40 to finish his career. That isn’t how the greats should go out, in a jersey and city detached from their greatness.

Brady is still a solid player – at age 42! But if he’s going to go to a glamour city with a brand new stadium, he should instead go with the Las Vegas, formerly Oakland, Raiders, for their inaugural season and brand new stadium in Sin City. In Southern California, the Chargers are second fiddle, even in their inaugural season at Inglewood’s new SoFi Stadium, which they will share with the LA Rams. Stay with the Pats or go to the Raiders, Tom. Things won’t be good for you in LA with the Chargers.

If you don’t regularly follow LA’s zany political gadflies, you’re missing quite a show and sometimes astute, if cringe-worthy, observations.

While new LA City Council president Nury Martinez, 47, was feted just a few weeks ago as the “historic” first Latina in that role, she has yet to fully embrace running City Council meetings; a key responsibility.

For at least half of the meetings since she was sworn in as the City’s top lawmaker, Martinez deferred running the meetings entirely or in part to her male back-ups President Pro Tem Joe Buscaino, Assistant Pro Tem David Ryu and Councilmember Paul Koretz.

Gadfly Patricia McAllister had just about enough with Nury’s failure to embrace responsibility, letting it rip with this take: “I want to say that Ms. Martinez, you brought your mother and everybody here and we gave you a good welcome. You’re not woman enough to be up on that podium? (Ryu) is not the president. . . If you want to be with the boys, you got to do your job, okay? You’re supposed to be at that podium, ma’am. . . Now you be a woman and stand-up for women and do your job. . . Now you wanna run with the boys, you gotta be like the boys, okay. . . Now you wanna get that kind of respect, you be like the boys. Get that skirt off, put some pants on and do your job.”

Not quite how most would say it, but McAllister makes a valid point. Being Council president means leadership, including running of meetings, agenda management and not just having the title, historic or not.

To wit, as of this weekend, Martinez’s City Hall office voicemail still refers to her as “Councilmember Martinez,” rather than Council president. And last we looked, her office doors don’t reflect the proper title, either.

Patricia McAllister’s entire comment is at the 1-hour, 34-minute and 18-second mark of this clip . . .while the meeting was being run by Ryu.

Economy, formerly of KRLA-870, The Answer, introduced Eric Early, who he is helping run to oust Burbank Congress member Adam Schiff by focusing on how badly his District has deteriorated, especially on homelessness as he pursued the unsuccessful impeachment of President Donald Trump.

Early, a businessman and attorney who graduated from Southwestern, is getting a lot of cable news coverage. Whether or not LA media outlets take note of Early any time soon remains to be seen.

The End of Tom Steyer. . .and Chris Matthews?

After another lackluster performance in the South Carolina primary this weekend, Northern California billionaire Tom Steyer dropped out of the Democrat primary. But I suspect it was done as much to save face when the California primary takes place on Tuesday and Steyer fails to win anything here.

Did you notice that MSNBC pundit Chris Matthews was left out of the South Carolina coverage?

The 74-year old recently apologized for an anti-Semitic comment he made on-air; was accused of sexually inappropriate comments he made to a younger, female guest on his show, Hardball with Chris Matthews, and on Friday played into a familiar on-air racist bumble when he mistook Jaime Harrison, a South Carolina candidate for the U.S. Senate with actual South Carolina Senator Tim Scott, both of whom are African American. Matthews was also accused of badgering Senator Elizabeth Warren in a recent interview.

And then there’s the Herb Wesson Syndicate

Recently, this column exclusively exposed the dubious employment of Fabian Wesson, wife of LA City Councilmember Herb Wesson, including her repeatedly falsified claim of having a Bachelor of Science degree to get a gig previously held by a Ph.D. from Northwestern University with a total compensation of $265,000 a year.

The story is a gift that keeps on giving.

Her employer, the South Coast Air Quality Management District, AQMD, which has repeatedly refused to grant this column an interview with its top two executives, Wayne Nastri and Jill Whynot, emailed to say that Mrs. Wesson “thought” she had graduated from the University of Phoenix.

Who goes 17 years “thinking” they earned a college degree but not asking for her diploma? The AQMD is advancing lies about its suspicious employment of spouses and children of current and former politicians.

Fabian Wesson didn’t stop attending classes only to later realize that she never graduated. She actively withdrew from the school. Did she forget that, too?

As predicted, the AQMD claims Mrs. Wesson still qualified based on experience but refused to respond when it was pointed out that those other jobs, almost entirely as “consultant” to political compadres of Mr. Wesson, were based on those same falsified qualifications.

There’s more to this story, but we’re out of space for today. If you don’t vote in Tuesday’s primary, you have no right to complain. That is all.