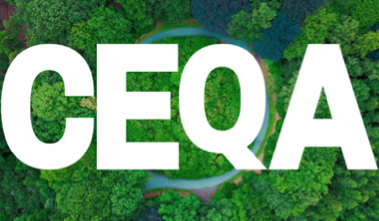 DEEGAN ON LA-In Silicon Valley they call it a “unicorn” -- a privately owned start-up that reaches a market value of $1 billion or more -- making investors wildly rich.

In Los Angeles the land developers have not yet nicknamed the latest trick up their sleeve because it's so new but, like unicorns, it will bring them great riches. Whatever they call it, the effect will be the same: it's a CEQA-killer.

The California Environmental Quality Act (CEQA), on the books since 1970, is a form of protection that communities have successfully used to stop big developments they oppose in their tracks by demanding environmental studies – an Environmental Impact Review (EIR) -- of a building project. The EIR, along with community input, will show how a project will affect measurements such as traffic congestion, how a building may cause blocking of sunshine, or how it will impact air quality, as well as other legitimate environmental concerns. The loss of the EIR element is what's at stake.

EIR’s, part of the CEQA program, have brought projects to a halt or caused enough mitigation to make the project more acceptable to the community. An environmental review is a cost of doing business for developers – but they would love not to incur this expense.

Sometimes, it's colloquially called NIMBY-ism (not in my backyard), or “greenmail.” No matter what the name, demanding CEQA and EIR can delay a project for months or years and can cost the developer lots of money.

NIMBY-ism, slow or anti-growth community groups, and anyone who wants to pause and take a deep breath before more of our existing cityscape is torn down, may be losing an important weapon in their struggle against development.

Weaponizing CEQA, instead of using litigation (or as a precursor to legal action), has been a reliable tool in the arsenal of community activists who want to fight against what they see as the developer-politico axis that that feeds off of each other in a pay to play culture of City Hall corruption.

The Sustainable Communities Project CEQA Exemption (SCPE), passed a decade ago, is only now navigating its way into being available for use by developers, enabling them to work around CEQA. This exemption is so newly implemented that the City Planning Department has only a few SCPE projects designated.

SCPE has not yet seeped into the general consciousness of community activists, but it will certainly be studied and fought against once its implications become clear.

California Senate Bill 375, passed and signed into law in 2008, began life as a law to reduce greenhouse gas (GHC) emissions, but eventually morphed into offering anti-CEQA incentives to reduce GHG by aligning housing projects with local transportation offerings such as bus, rail and subway. This has helped create the politico-developer movement toward building housing towers near transit, believing that occupants will give up their cars and use public transit instead. Several variances and incentives have grown out of this notion and become codified as legitimate by some politicians and city planners as the future of development.

The SCPE program allows exemptions to air, noise and traffic impacts that would normally be subject to CEQA, saving developers the cost of an environmental review and neutering community opposition to their projects.

One of the very few Sustainable Communities Project Exemption (SCPE)  projects in LA (so far) is at 623-671 South La Brea Avenue which is near the intersection of Wilshire Boulevard and La Brea Avenue, just steps away from the soon-to-open (estimated 2023-4) Purple Line Extension subway station. This project, a perfect example of how city planners intend to use the Sustainable Communities Project Exemption, will be a combination hotel and condo project with ground floor retail.

That project is now moving through the City Council and the result of that journey may set a precedent signaling to community activists that they need to add to their opposition skills or risk being overtaken by a whole new development model: more projects being built despite environmental concerns.