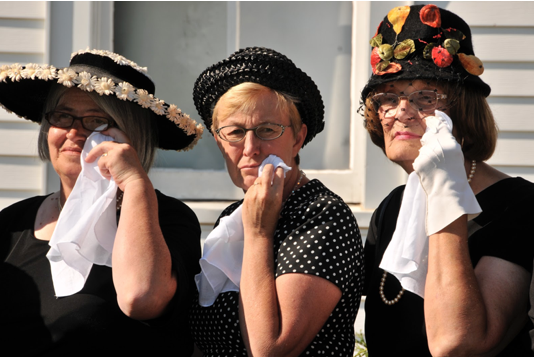 Planning Watch:  Three strikes and you are out may apply to baseball, but it does not apply to California State Senator Scott Wiener’s failed effort to offer a sweet heart deal to real estate developers of in-fill commercial and residential parcels.

While his Senate Bill 50 met its third defeat in Sacramento, Senator Wiener is already plotting its resurrection as a stealth “housing” bill.

Wiener will have an army of helpers since all factions of the urban growth machine, like the Los Angeles Times (LAT), are linking hands to raise real estate values through up-zoning.   Their support to current and would-be commercial property owners boils down to a simple action.  If the State Legislature adopts a law that increases the size, height, density of private parcels, their market value soars.  Property owners and investors could then flip their properties for quick gains or redevelop them as expensive apartments.  If they choose the second option, they can expect annual returns of 15 - 20 percent.  What a good friend they have in Scott Wiener and his allies.

Furthermore, through SB 50 real estate investors would not have faced any mandates to incorporate low-income housing into their projects.  Apartment buildings with 10 or fewer rental units faced no obligation at all.  As for buildings with 11 or more rental units, investors could pay an in lieu fee.  If developers, nevertheless, pledged to include low-income units in their projects, they can thank their friendly State Senators that SB 50 excluded any inspection and enforcement requirements.

According to one of Wiener’s local champions, the Los Angeles Times, SB 50 was the only game in town.  Without it, efforts to reduce homeless were dead in the water.  To say this least, this is total nonsense, and there are many alternatives that can and should be pursued.

Step 1: The first step is to shut down the spin machine, such as these recent LAT doozies 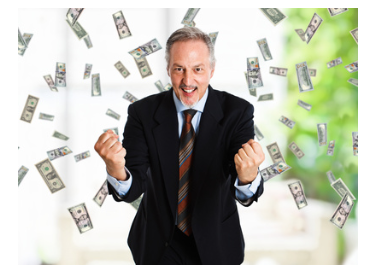 Sell your house to a real estate speculator before slinking off.

Step 2:  The second step is to tap into the long list of what the LAT erroneously labeled missing meaningful alternatives.  If they read CityWatchLA, they would have been aware of these many non-SB 50, non-upzoning alternatives:

Stop mansionization.  McMansions reveal what would have happened if SB 50 had passed, allowing single-family homes and duplexes to become highly profitable four-plex apartments.  Local residents would have been showered with cash offers to sell their homes, and more importantly, the land underneath it.  Older, less expensive homes would then be quickly and illegally demolished.  Through this process, affordable housing is destroyed and existing residents are displaced.  The newcomers pay far more to live at the same location, while the new buildings’ landlords can minimally double their cash flow from the same parcel.

Strengthen rent control.  Because of vacancy decontrol in Los Angeles, many affordable units vanish when a current tenant moves or is pushed out.  If vacancy decontrol were eliminated and if all residential buildings, not just LA apartments built before 1978, were subject to rent control, LA’s supply of affordable housing could stabilize.  Some of these efforts to strengthen rent control will be on the November 2020 ballot, allowing the supply of rent-stabilized apartments to hopefully expand.

This is why Ryu’s ordinance would include the following:

If Councilmember Ryu can expand his proposal to stop non-Ellis Act cash-and-key evictions, as well as sleazy landlords who harass tenants to force them out of their buildings, his efforts to preserve existing affordable units will be a success.

Restore abolished public housing programs.  Beginning with the Nixon administration in the early 1970s, Congress and the White House have systematically eliminated nearly every public housing program.  While Section 8 housing remains, it is so severely underfunded that in LA less than .1 percent of the 600,000 local residents who want Section 8 housing secure an apartment.  And, until their dissolution in 2011, California’s redevelopment agencies provided a local source of affordable house funds that could be restored.

In addition to these programs, Beverly Hills Mayor John Mirisch, a forceful opponent of Senate Bill 50, has offered a 14-point program to increase the supply of low-income housing.  His proposals include these three programs:

In addition, this week Better Way California released it own extensive list of affordable housing programs.

Despite the corporate media’s systematic mis-reporting to keep Senate Bill 50 on life support, in the end the legislative Grim Reaper will prevail.  This defeated real estate deal proposal may reappear in a new form, but if it does, it will meet the same fate.  This is why it is time to finally pursue the many untapped housing proposals excerpted above.

(Dick Platkin is a former Los Angeles city planner who reports on local planning issues for CityWatchLA.  He serves on the board of United Neighborhoods of Los Angeles (UN4LA) and is co-chair of the new Greater Fairfax Residents Association.  Please send comments and corrections to [email protected]. )