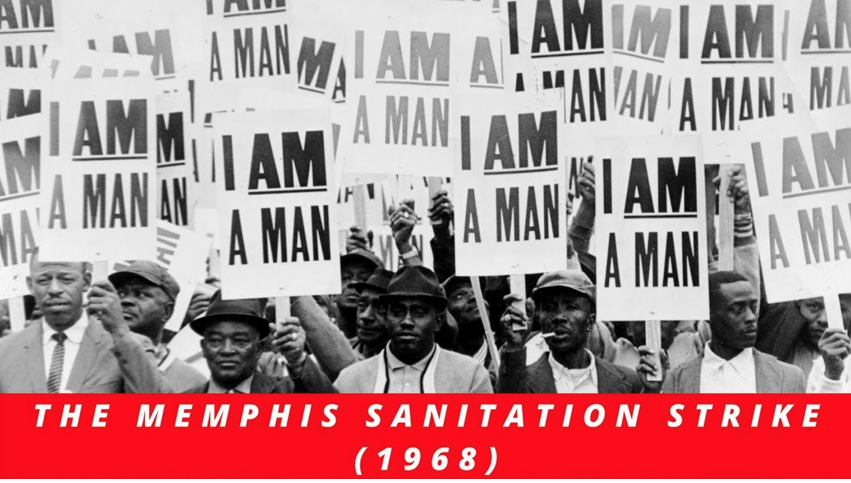 EASTSIDER-Back in the days of the Vietnam War and the Watts Riots, Martin Luther King Jr. was characterized by a lot of folks as “way too accommodating” and establishment.

What a lot of people forget however, is that his pragmatic, nonviolent approach meant that he helped a lot of people, both black and white, get organized into the labor movement.

He gave a speech in 1961 to the AFL-CIO, seeing unions as an inherent ally of African Americans, since they were working people and that’s who unions represent:

“Negroes are almost entirely a working people. There are pitifully few Negro millionaires, and few Negro employers. Our needs are identical with labor's needs — decent wages, fair working conditions, livable housing, old age security, health and welfare measures, conditions in which families can grow, have education for their children and respect in the community. That is why Negroes support labor's demands and fight laws which curb labor. That is why the labor-hater and labor-baiter is virtually always a twin-headed creature spewing anti-Negro epithets from one mouth and anti-labor propaganda from the other mouth.”

Later, in 1967, he became an honorary member of ILWU Local 10 of the International Longshoremen and Warehouse Union in San Francisco. And this was not just any Union. Local 10 was run by none other than one Harry Bridges, a hard-left unionist who made the Students for a Democratic Society (SDS) look wimpy.

When I met Bridges back in the early 70s as a young staffer for SEIU’s George Hardy, Bridges had a great quote about the House Committee on Un-American Activities (HUAC) going after him as a Commie. His take was that he would never become a communist because they were “a bunch of wimps.” He was the real deal and so was Local 10. Not afraid to strike, and ideologically committed to all workers being united whatever their color or nationality.

Also, 1967 was a time when the President of Local 10 was a black man named Cleophas Williams, at a time when Local 10’s membership was about half black. Remember, this was in the 60s, when many unions were pretty racist, but not the ILWU. Anyhow, in that year, Local 10 inducted Martin Luther King, Jr. as an honorary member of the Union.

You can find more about this rich history in Peter Cole’s recent book, “Dockworker Power - Race and Activism in Durban and the San Francisco Bay Area.”

As a UC Berkeley student, I toyed around with the SDS, which was radical yet so politically correct that I think they would have been debating “Gray’s Rules of Order” when the cops came in to arrest everybody. They were, however, no kidding radical. As had been Malcolm X, splitting from the Nation of Islam and writing some really powerful stuff, including his Autobiography.

While Malcolm X was shot in 1965, the year of the Watts Riots in Los Angeles, it was only a year later that Huey Newton and Bobby Seale launched the Black Panther Party. And they were no joke, doing one heck of a job in community organizing and voter registration.

So, back to Martin Luther King. He was spot on in understanding that Unions represented a great vehicle for empowering workers, including black workers, to be able to stand up at a bargaining table and negotiate a binding written contract with employers.

He also understood the importance of public sector unions, since at that time there were a lot of minority (mostly black) employees working for governments. Remember, these were the jobs with benefits that could allow a family to keep a roof over their heads, educate their children, and have a pension.

In this effort, King hooked up with a no kidding hard ass New Yorker called Jerry Wurf, who built District Council 37 in NYC into a formidable public sector machine. And it was no coincidence that Wurf and Martin Luther King Jr. went way back. In fact, all the way back to 1958:

“As president of the nation’s largest union of public employees—the American Federation of State, County, and Municipal Employees (AFSCME)—Jerome Wurf provided the support of his union to various civil rights causes, including the October 1958 Youth March for Integrated Schools, an event co-chaired by Martin Luther King. In a 4 December 1958 letter to Wurf, King expressed his gratitude: “The support given to the Youth March by Local 420 and the other local unions of District Council 37, and their success in achieving such wide participation by their members and the children of their members, offers eloquent testimony to the fact of their devotion to the cause of human freedom and the brotherhood of man”

And King paid the ultimate price. While everyone knows he was assassinated in Memphis Tennessee, most people don’t remember that the reason he was there was to support a group of striking sanitation workers in their fight for collective bargaining. That union was Jerry Wurf’s AFSCME. MLK displayed a lot of guts in the South in 1968, a lot more than most of my friends had.

And just for the record, for a lot of us, I still believe that that paranoid hypocrite, J. Edgar Hoover, had him killed. He was that kind of slimy, hide-behind-the-badge freak. Heck, courtesy of J. Edgar I had a “Red Squad” file from my Berkeley days until Bill Clinton became President and ordered them deleted (when he found out that a bunch of his friends couldn’t get into the White House).

So in many ways, MLK was at the forefront of supporting public employees, many of whom were people of color who were starting to organize into unions. It was considered “Un-American” by a lot of elected officials throughout the country, and back in the day, a lot of public employees who tried to organize were fired, charged with crimes, and in some cases incarcerated.

We all owe Martin Luther King Jr. an incredible debt.

(Tony Butka is an Eastside community activist, who has served on a neighborhood council, has a background in government and is a contributor to CityWatch.) Illustration: NY Times. Edited for CityWatch by Linda Abrams.